I was trying rice transplanting into the cut grass mulch for 2nd crop cultivation of rice in Nov 2011. Then I realized it is difficult to plant through mulch when Palani and his wife started the planting. Using spade through mulch was difficult and also soil was disturbed and I feared that this might bring more weeds. Also it was taking long time, and it was boring to do the work since it was difficult to work through mulch.

Later my helper Palani went and brought a dibbling stick and he started making holes through mulch just pressing it and his wife was planting the rice seedlings. All of us felt happy that the method was working very well. But one thing to remember is that the mulch should be in decomposed state otherwise planting is difficult since finding mud to fill the hole created using dibbling stick becomes tricky.

One thing which went wrong with this is that the hole was deeper and hence plants didn't develop much since nutrients are less at deeper levels. Normally while transplanting plants are planted at a lesser depth. Jacob Nellithanan sir told me about this later and advised a depth of 1-2 cm. One reason why in SRI plants develop more is that it is planted at a lesser depth. Also planting deeper causes the water requirement to be more. They say transplanted rice needs less water compared to broadcasted since depth is less in transplanting.

Here are some pictures  .. 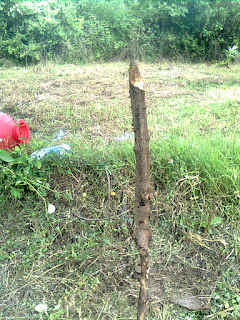 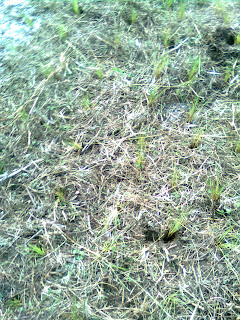 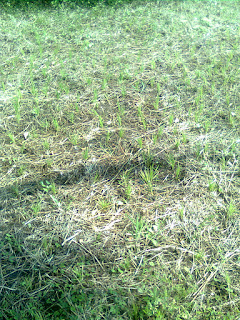