I have been trying to grow rice using Fukuoka San's no-till method, but hasn't been successful completely. Since field is not completed ready with mulch, competition from weeds is more, so direct broadcasting is avoided. In transplanted system, weed pressure will be less since rice seedlings are already established.

But first time I had cleaned the field and removed all the mulch and then transplanted into the field and grass grew quickly and took over the control. Also the distance between seedlings were more than 1 feet and hence crowding out weeds didn't happen.

This year after seeing Raju Titus sir's method of no-till tranplanting of rice, thought of trying it out. Please see the link

In my opinion,we may not be succssful like Raju sir since his field has thick mulching from many years and weeds will be much less and that also will be less strong weeds.

I cut the grass using Honda Brush cutter and transplanted the seedlings using the dibbling stick. Since there is mulch in the field grass is controlled to some extend, but now the grass is taking controll in some places. May be next time with more mulch, grass problem may be less or may have to weed once. I had tried broadcasting horse grams after transplanting but it didn't establish well. Probably may have to sow it in lines between the transplanted paddy.

Overall it looks fine so far..  here are some photos 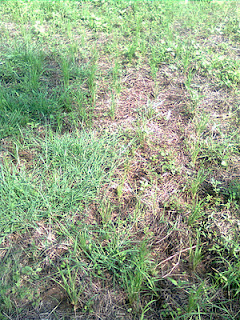 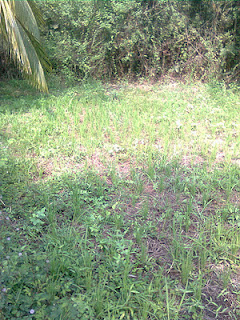 Since the weeds were becoming more and more strong, did some weeding. One person was used half day, but the lady was complaining about the touch me not. Here are some photos after weeding done. 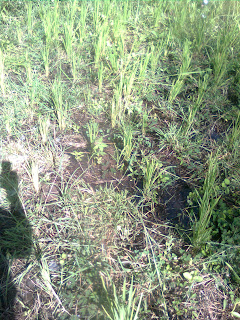 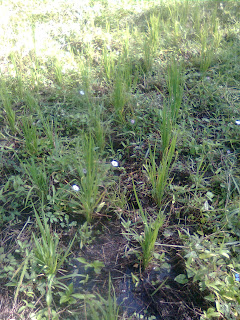 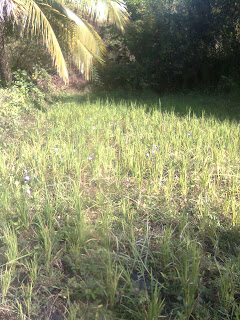 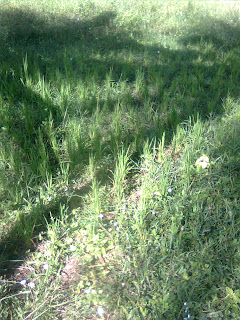 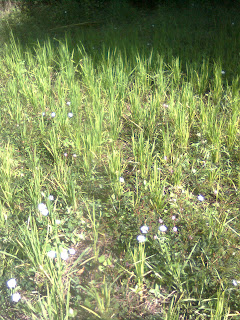 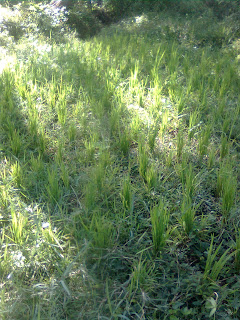 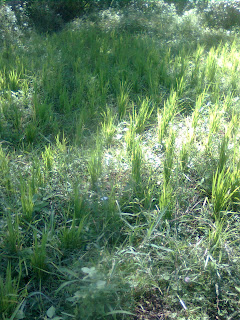 Posted by Nandakumar at 8:54 AM

Nandan, happy to discover your blog. The rice plants look strong and beautiful.

Saw this comment now. Yes, rice plants were strong, but would have been much better, if planting depth was proper. Since we used dibbling stick, the hole made was much deeper and in most places, plants were just placed in the hole.

Blog was so informative and most of the doubts are cleared visiting your blog.

I am from Bangalore.I would like to visit your farm.Can you let me know the availability.

I will call you.

Thanks Sravan for the comments.

I go there once in a week, typically on sunday.
Even though blog contain some information which are the experiments, nothing much to see. It is not a fully productive farm in that way.

But you are welcome to visit the farm and I am happy to meet people interested in natural farming.

Thats is why i thought to call you or meet you to get some inputs for the starters like me.

i am visiting some of the farms in and around Bangalore who is following subash phalekar procedures and suggestions.

I am enjoying it a lot.

again thanks for your reply and the blog importantly.

Thanks Sravan for the comments