For last 4 years, coconut leaves and husks are the only fertilisers given to my coconut trees and they are doing well. After dehusking is done, coconut husks are piled up and later I move them to the base of the trees. While moving the coconut husks in March (summer time), at the bottom of the pile some coconut husks were still wet. I was little surprised since during peak summer, the land is quite dry and except during watering time, moisture is hard to find. The coconut husks were piled during the rainy season, so wetness should be rain water retained all these time, or the husk was raw and it was still retaining the moisture. So spreading coconut husks is an effective way to increase water retention properties of soil.

Recently I was reading a book about the 'Karshakasree' winners and two of them had used waste of coconut husk very effectively. One was C.J.Skaria Pillai from Palakkad and he had bought some land in Nallepilly and found that land was quite dry and wind was very strong. He was looking for a solution to increase the water retention properties of the soil and tried the waste of coconut husk which comes after making coir. He spread it and used that place for vegetable cultivation and he got amazing results and then he bought this waste in large quantities and incorporated into soil after ploughing and also put some cow dung and land recovered well.

Another person is K.V.Gopi from Pathiriyad,Kannur. He had bought a land with rocky terrain since that was the cheapest and he could afford only that much. Luckily nearby there was a coir factory and its waste had piled up and he completely made use of it by bringing it and spreading it on the land. The land recovered remarkably well. At one point he had cultivated 'cheera' in this 3 acres of land and had 100Kgs of 'cheera' to sell every day. 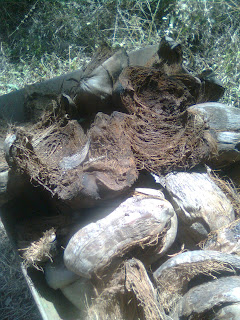 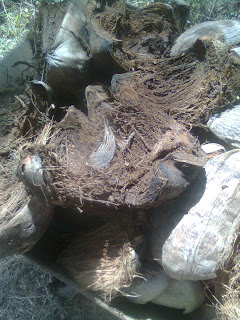 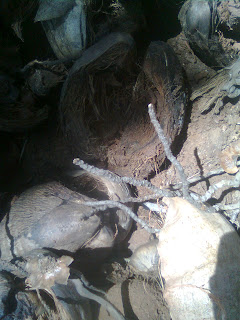 Hi,
Good Article. thanks for the information.
could pls share more pics/steps on how to use coconut husk.