Fukuoka san had used while clover as a leguminous cover crop for grains and for orchard. He had choosen aftr experimenting with many other cover crops. For grain farming he used to sow the clover seeds with grain and white clover remains at the ground level while the grain grows high. If he feels that while clover is blocking sun light for grains at the initial stages, he used to flood the field which weakens clover and grain grows well during this time. Once the grain is established he drains the water so that white clover remains at the foot of the grain, which fixes nitrogen and also avoids grass.

Couple of days back, went to Kodaikanal with family/friends for a two trip. On reaching the hotel Stonycroft, I was really surprised to see white clover in the lawn. It was reasonably established in some parts and later found that it in road sides and other parks also. I had checked its name with couple of local people, but they never knew its name. Kodaikkanal being a hilly area has a very cool climate and that may be the reason why it grows there. I liked its feature,it is very low height and establishes well in the grass.

Here are some pictures 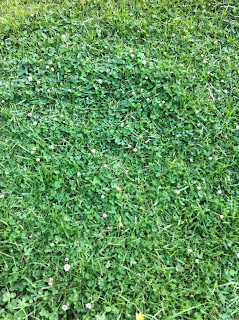 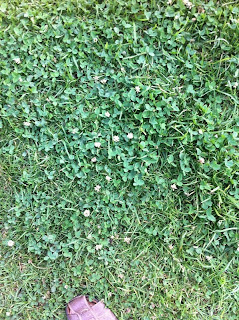 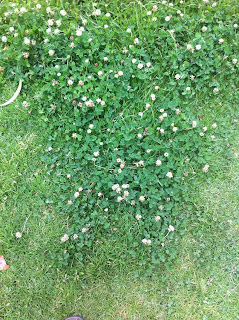 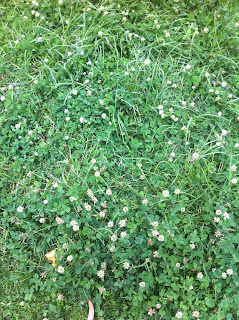 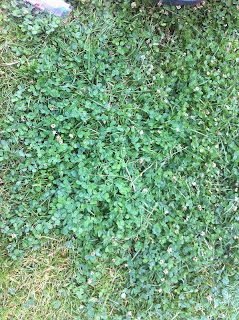 Sir did you get the local name of white clover? Also want to know have you cultivated clover in the farm?

No, I haven't got the local name of white clover...I had tried it, but it never grew well

Sir did you manage to find an alternative cover crop ? Do you think it might work in Karnataka weather ?

Seemai Masal is the local name for White Clover ... Just found out

I didn't get an equivalent of white clover, but using pureria javanica as a ground cover now. It is OK in orchards, but can not grow along with grains. But it controls weeds effectively, hence grain farming may need a different strategy.

Nice to see the local name of while clover, when I searched for Seemai Masal, there are no hits.

Not found any equivalent of white clover so far.