Recently visited an exhibition called 'Polima' which was held in Palakkad,Kerala. There was a display of traditional rice varieties here. Some of these are cultivated now, but not all. There were many rice rice varieties available in Kerala. I used to wonder why there are so many varieties, it looks like people used different varieties depending on the climate and for different purposes - for example upland varieties were developed for cultivating in upland just depending on rain water, and there were a set of medicinal varieties. There were popular vaieties in each area and farmers in those time preserved all of these.

I don't have a very clear picture of how these new varieties were developed. Some information on this..for example, during cultivation, if farmer find some new features of rice, for example some rice with black colur, they use those seeds separately and cultivate and some will exhbit this new feature. Again selection will be made and cultivated and after some iterations (which takes many years - 5 or 6) a pure breed with black in colour will be developed. Prakash Raghuvamshi also explains this method in his videos, where he had developed taller varieties and high yielding varieties. See some of the varieties developed by him.. 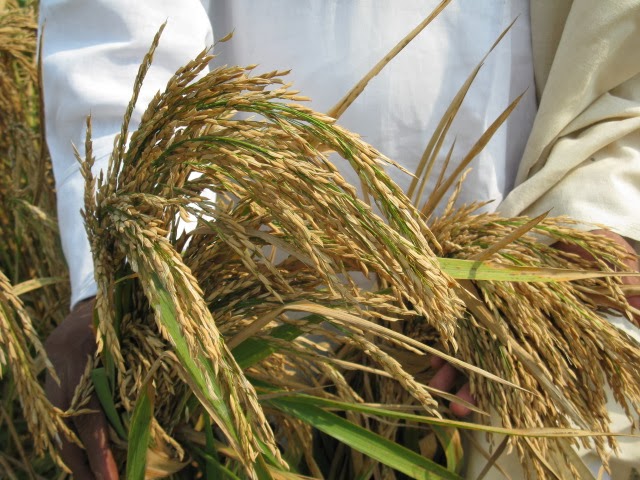 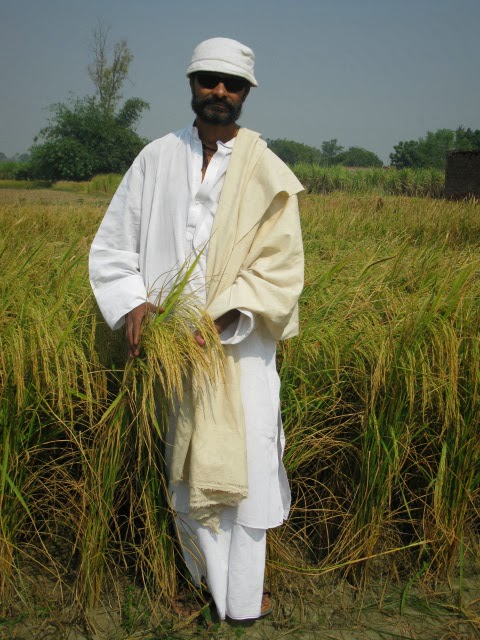 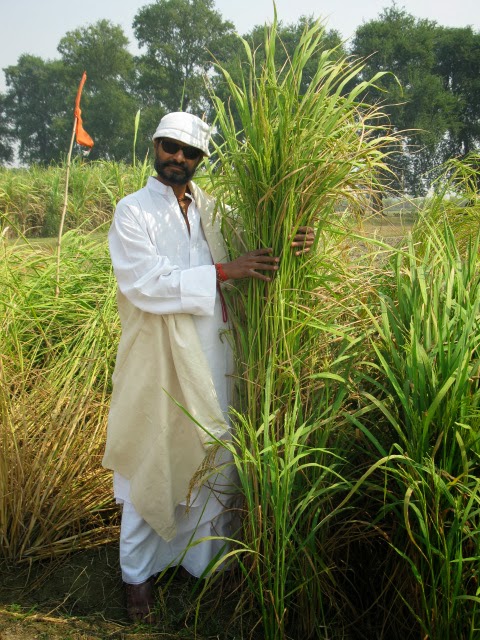 At that time since most of the people were involved in farming, they were completely focussed on these activities ..as part of green revolution, new hybrid varieties were developed, and farmers started using this for high yield, but they needed high inputs also and hence more water. They were short and there was
more competition from weeds and weed control became an issue. Agriculture departments started giving seeds and farmers stopped conserving varieties and cultivation was done using only a couple of varieties. For e.g in Kerala, most of the cultivation is done using hybrid varieties - Uma and Jyothi.

In the exhibition, I asked the person about a list of these varieties, they were not interested in giving that. They said, this is just for show, these varieties are not cultivated now, I couldn't see the respect for these great varieties developed by our ancestors. But there are a number of people who is interested in
cultivating and spreading these traditional varieties and hope there will be more people interested in doing it. 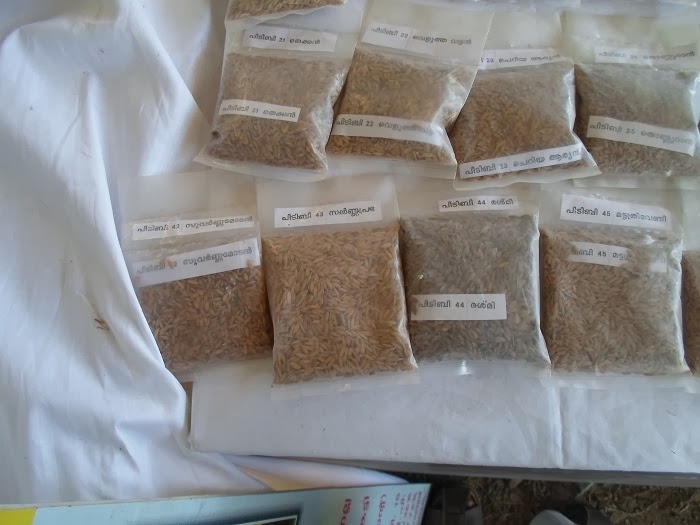 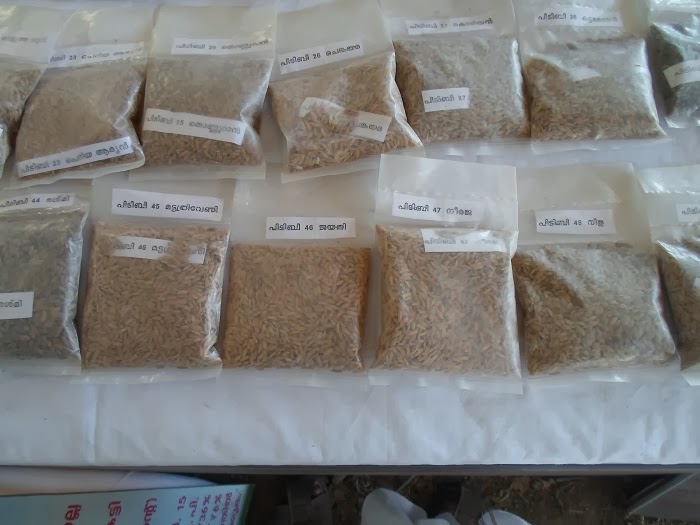 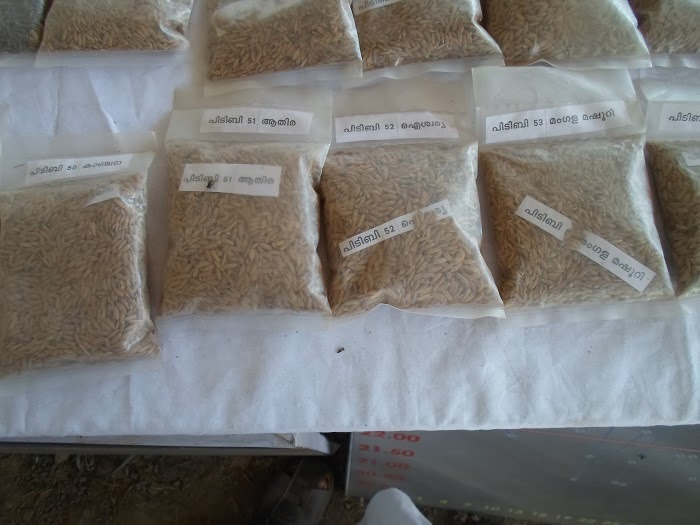 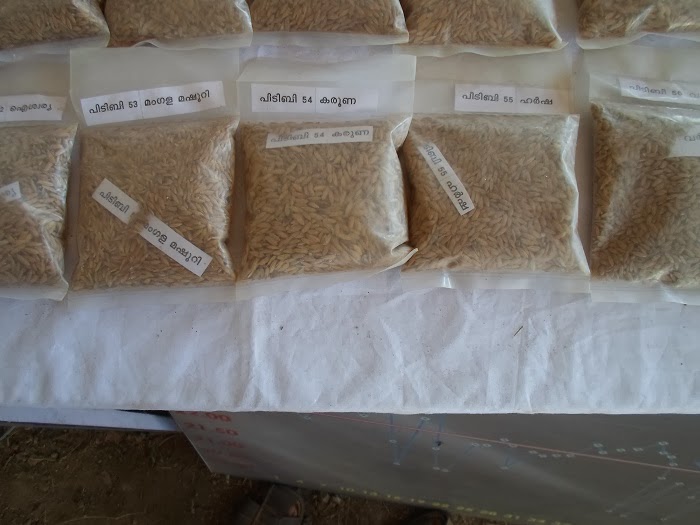 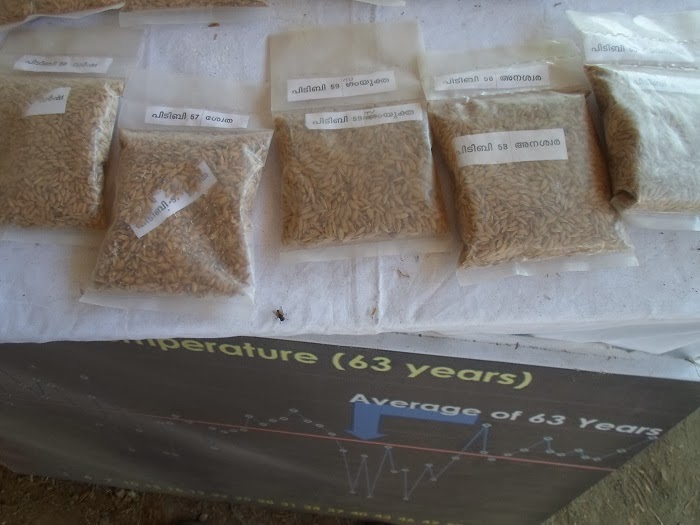 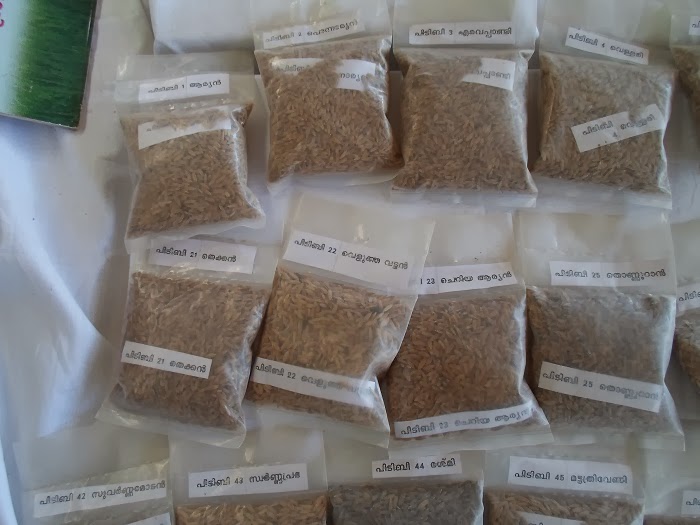 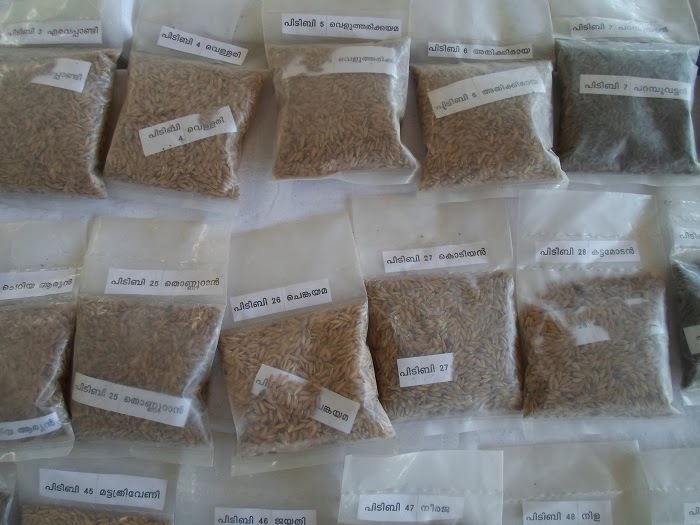 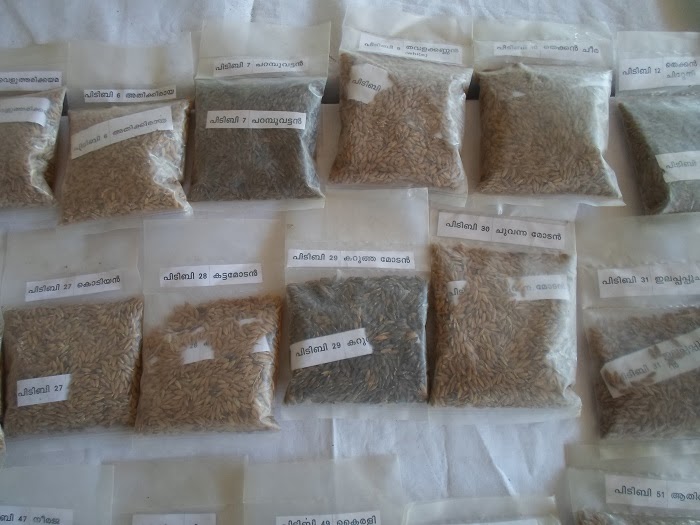 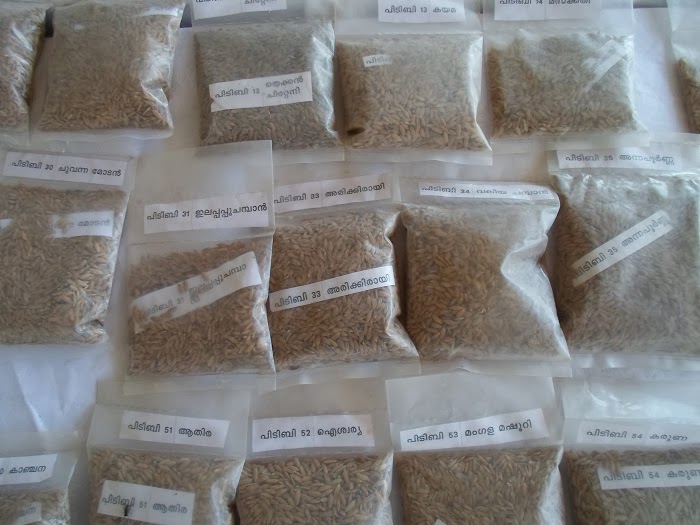 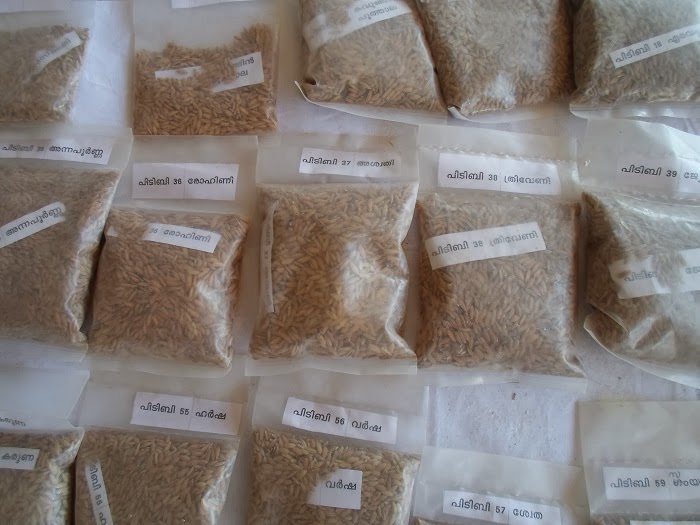 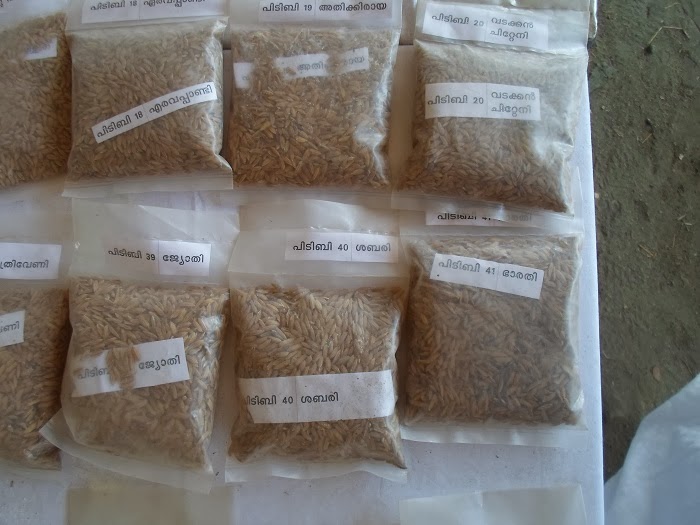 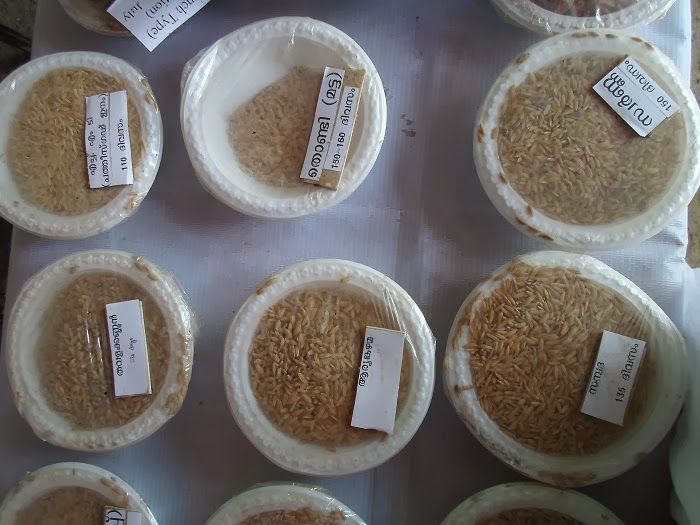 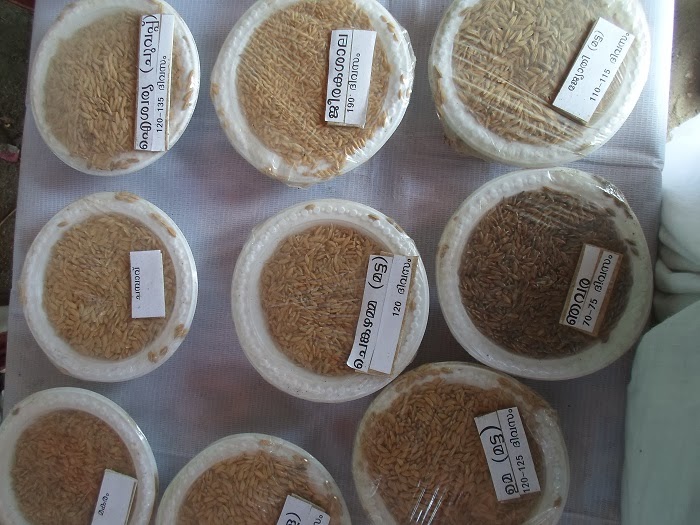 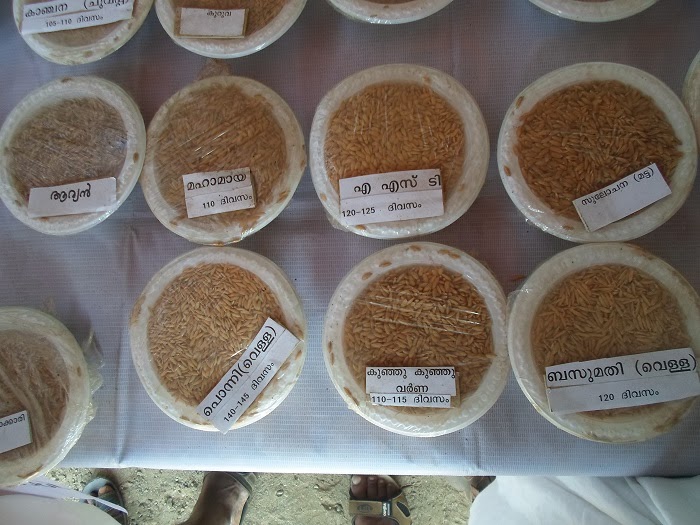 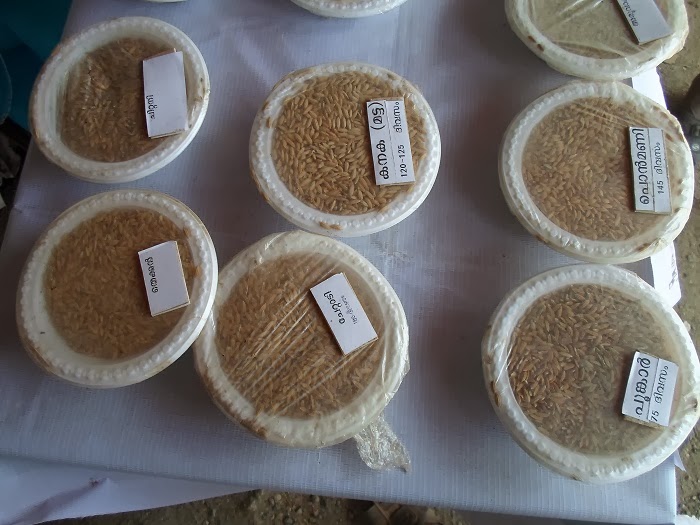 Posted by Nandakumar at 8:19 AM

Quite a few varieties. The commitment of these people who preserved these varieties and the patience they would have had is quite amazing.

Are there varieties you could pick for growing in your farm?

I will be trying one or two varieties which meets natural farming requirements and gives reasonable yield.

You might be connected to Debal Deb ji,
http://www.seedsoffreedom.info/dr-debal-deb-indias-rice-warrior/

I am a Delhi based software engineer working with him to develop a small application that helps in designing his experiments.

I found your blog while searching for some alogirthms for his problems.
I was curious If you guys are connected.

I know Debal Debji and is in touch with him and have sent him couple of rice varieties of kerala, happy hill rice of Masanobu Fukuoka etc..

i saw this post only now.. Is there any way we could get hold of some of these traditional varieties? I am interested to cultivate and preserve atleast some of these.

Sure, send me a mail or send me an SMS, will send you the contact number of the person who will be able to give you some seeds.