This year brought one more area into rice cultivation, this area was left fallow since I bought the farm. Cows used to graze and tilling this area with tractor was not possible, this year got a tiller and also fenced it partially and trying a traditional variety called 'Chettadi' which is a 6 months duration crop. This area has enough water till January which rice loves. 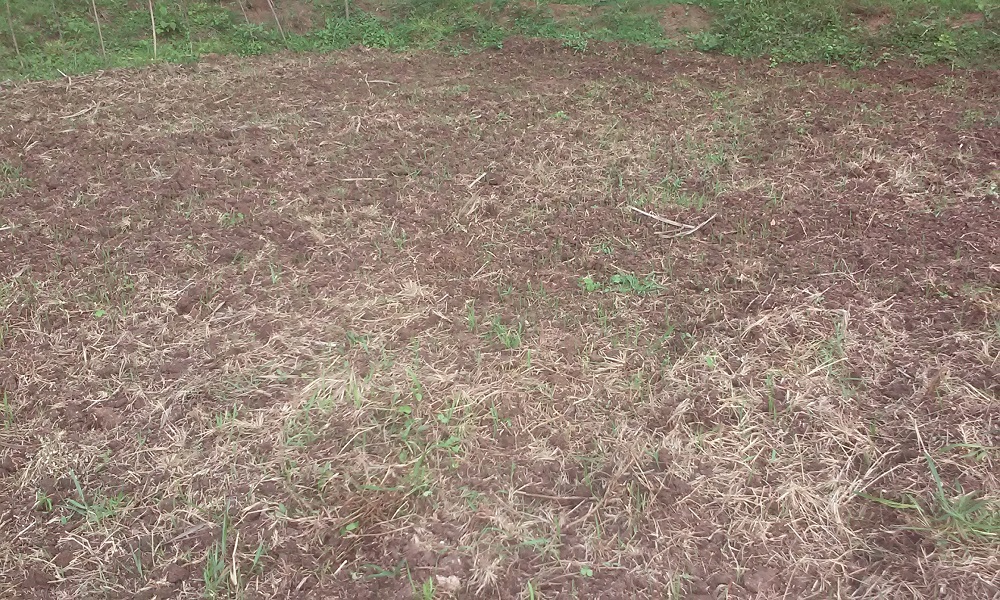 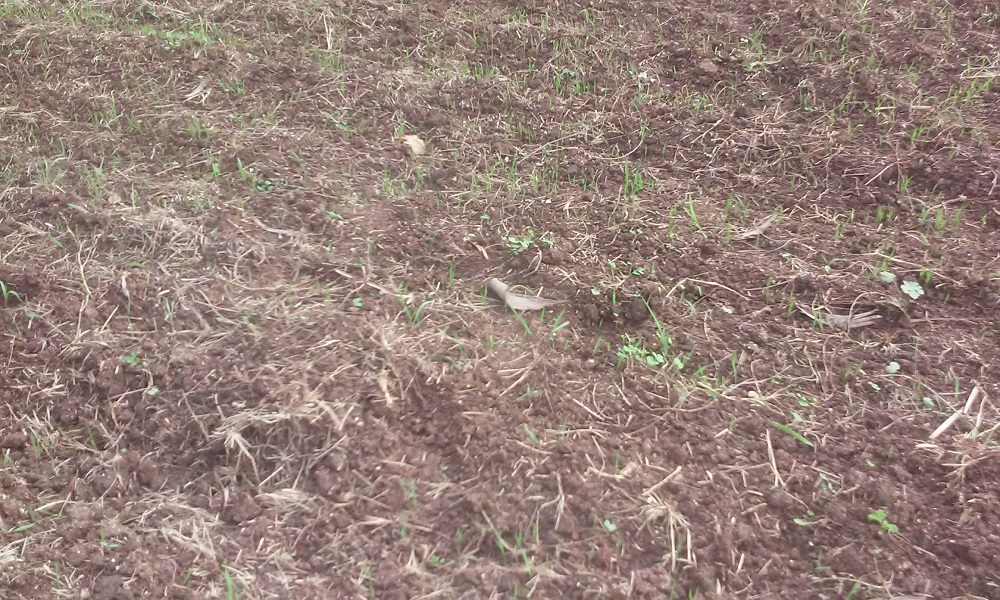 One part was seeded with seed balls, germination is good in this part also. 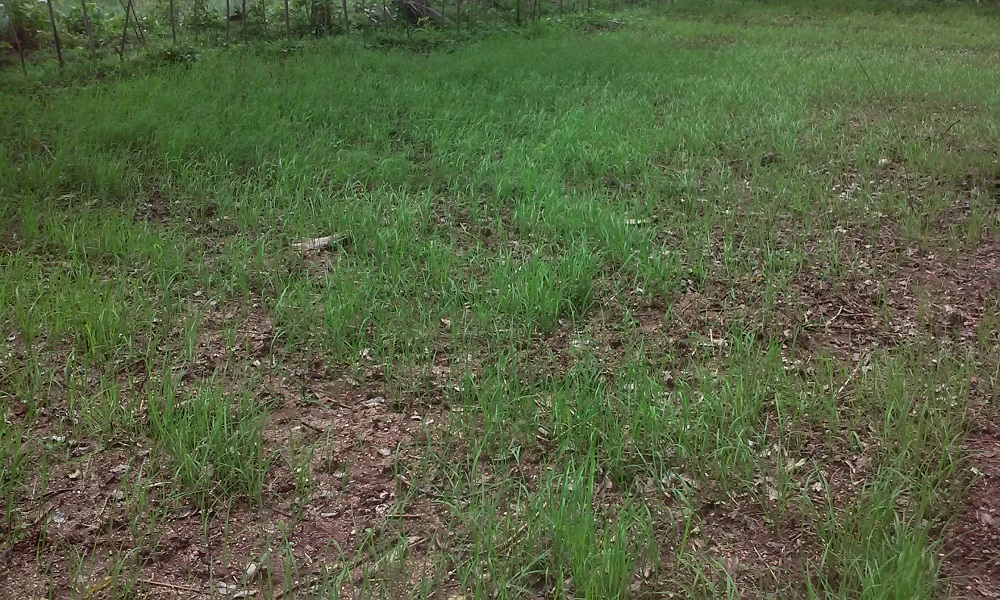 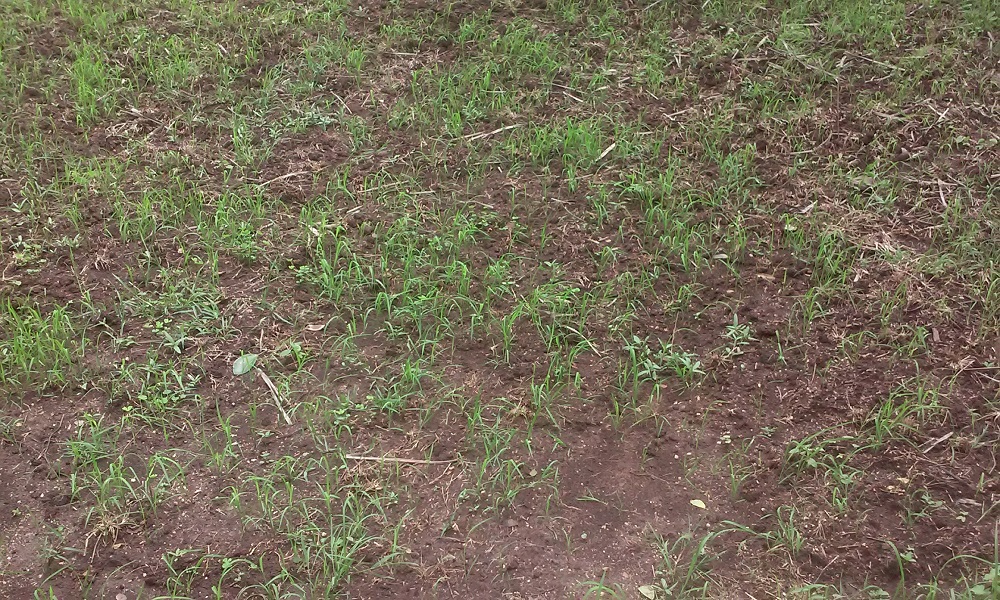 So far growth is fine, except in some area, where water was not reaching. There is a small channel flowing on the boundary just allowed to pass water through this field, but since the field was not levelled properly in some area water didn't reach. 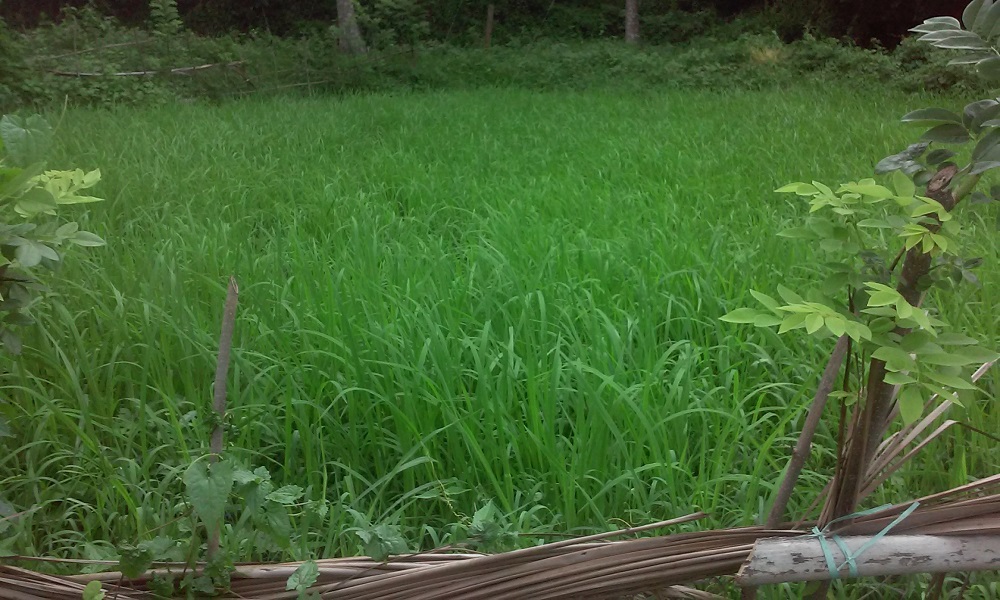 Time to cut it, some haven't reached good height, but one area where it gets good water grows well. 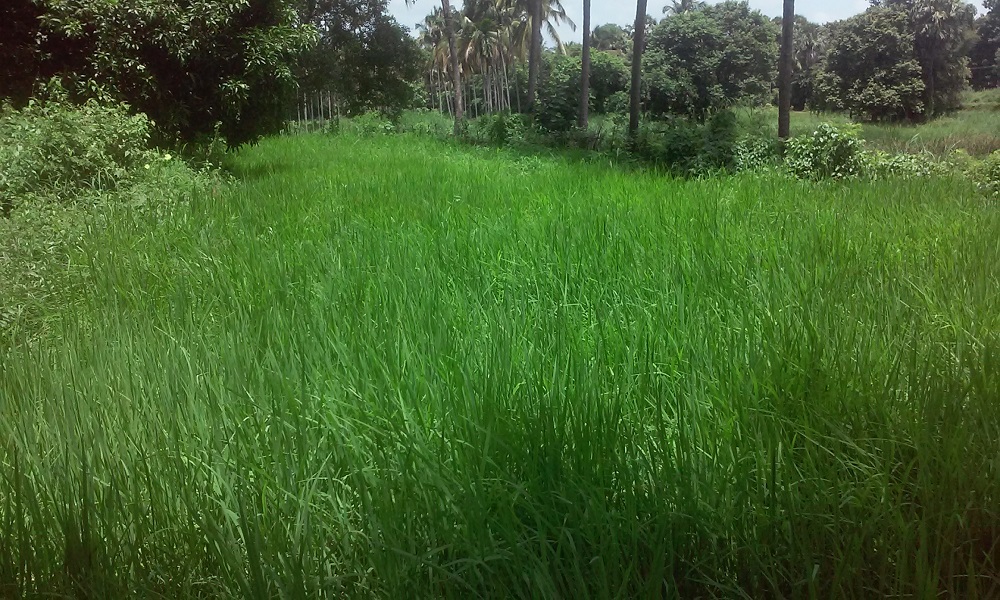 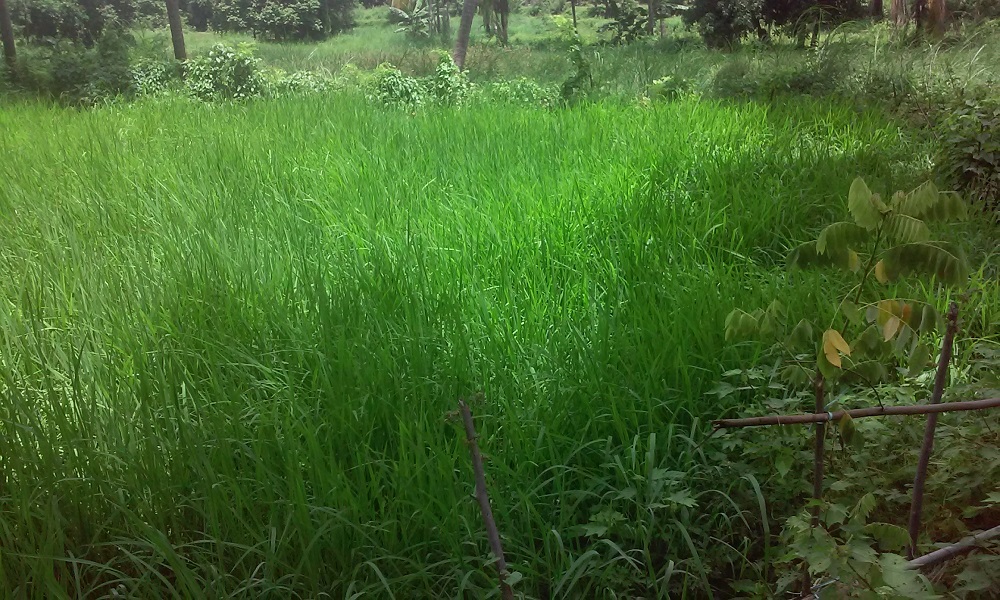 As it was getting taller, cut it as per the usual practice. I employed a worker, she did one portion and I did it using Scythe, it was OK, but collecting the cut portion and keeping it near the bunds is a hardwork, worked for a half day, but exhausted. 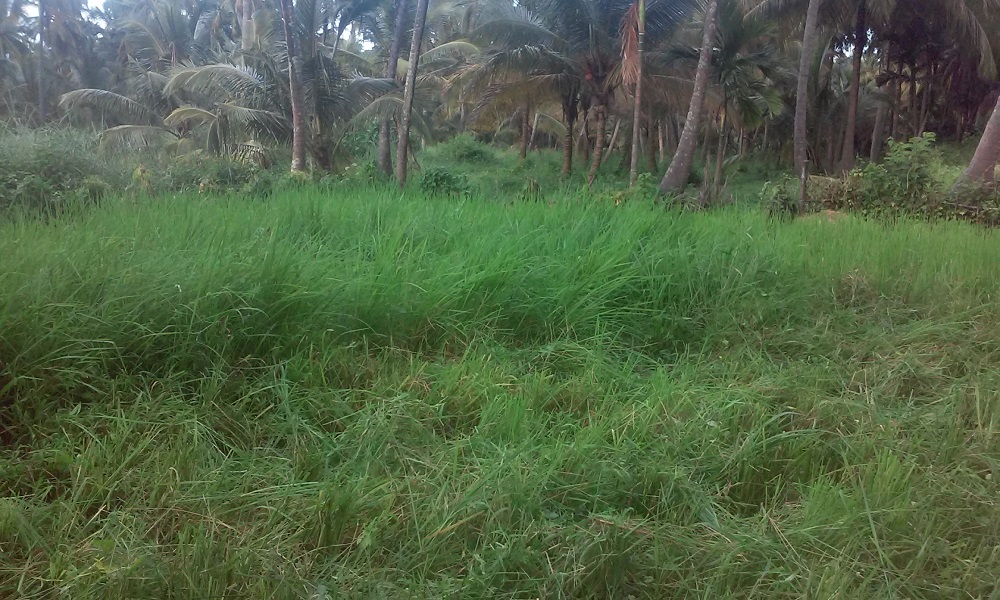 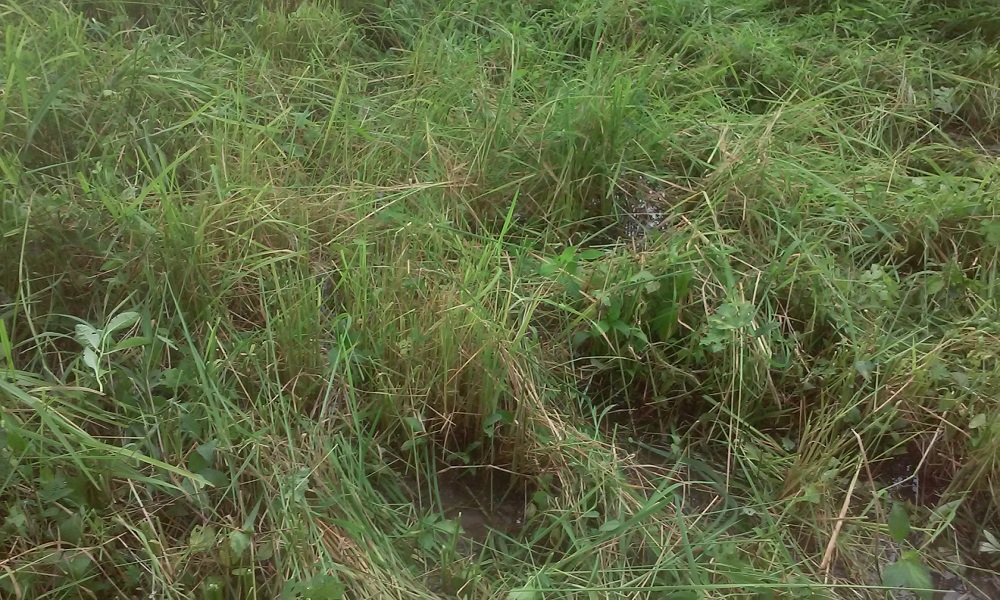 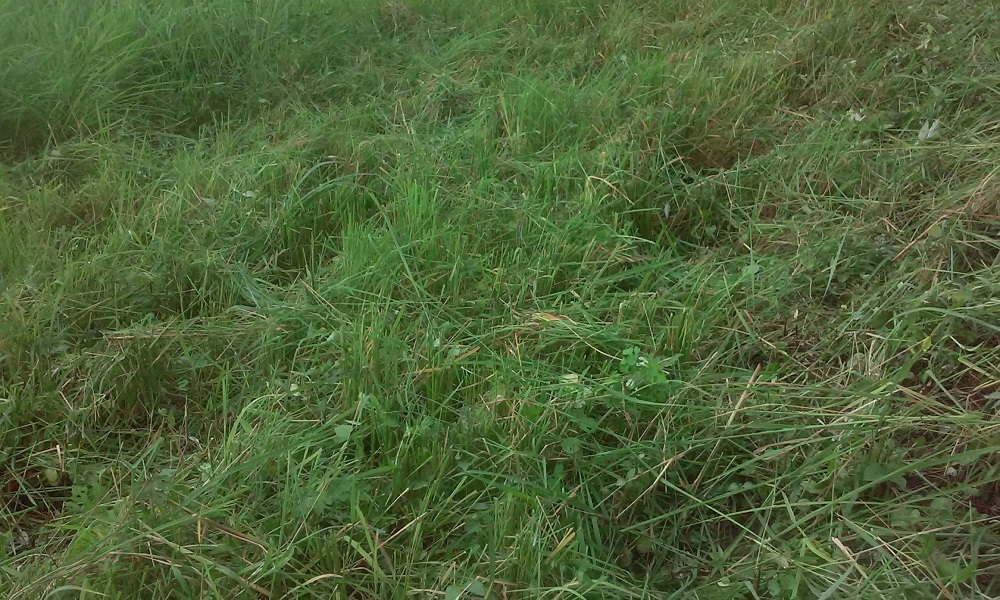 
Today cut the remaining area using the scythe, growth was very fast in already cut places.  The paddy plants are quite strong with deep roots, so even if it gets pulled during cutting it just stays there. Also stamping to some extend does not affect them, and cutting very close to the ground also looks quite fine. In lot of places, it clearly outgrow grass, it looks like grass is in receding stage, typically they grow for 3-4 months and 8 month duration crop has advantage over here. Definitely this variety is a candidate for natural farming.

Rains have receded and there is no standing water in the field, the channel is directed towards other paddy fields for next crop. If there is a water shortage, the crop may fail, have to wait and see. 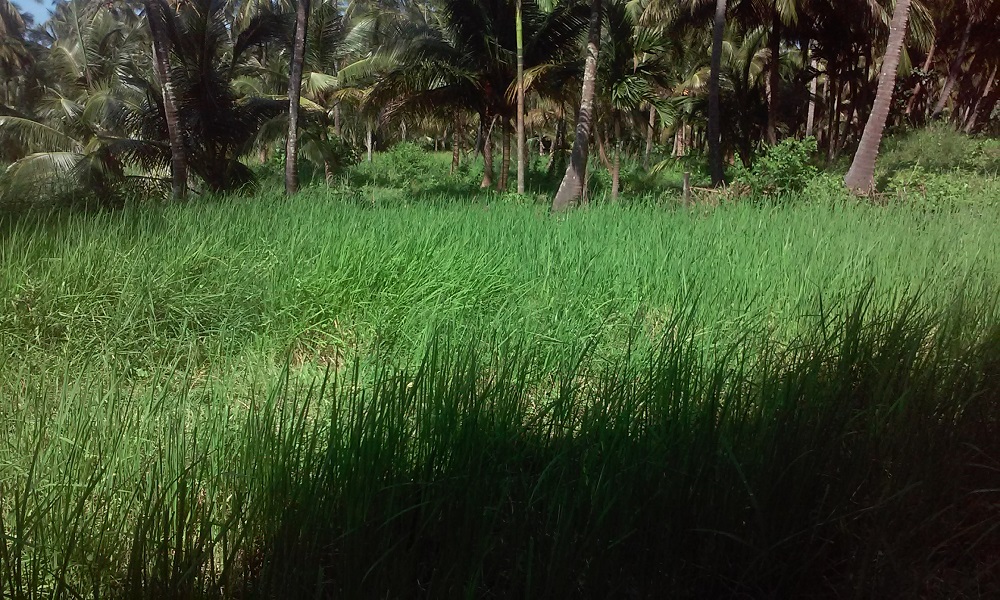 Very good growth in these areas...there is always water here.. 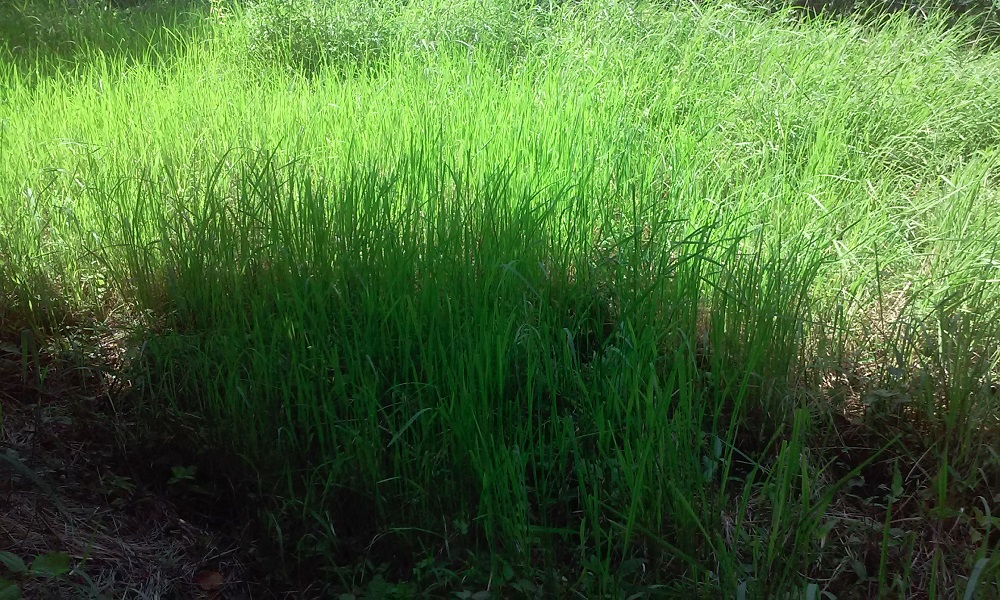 In this area, there is less water.. 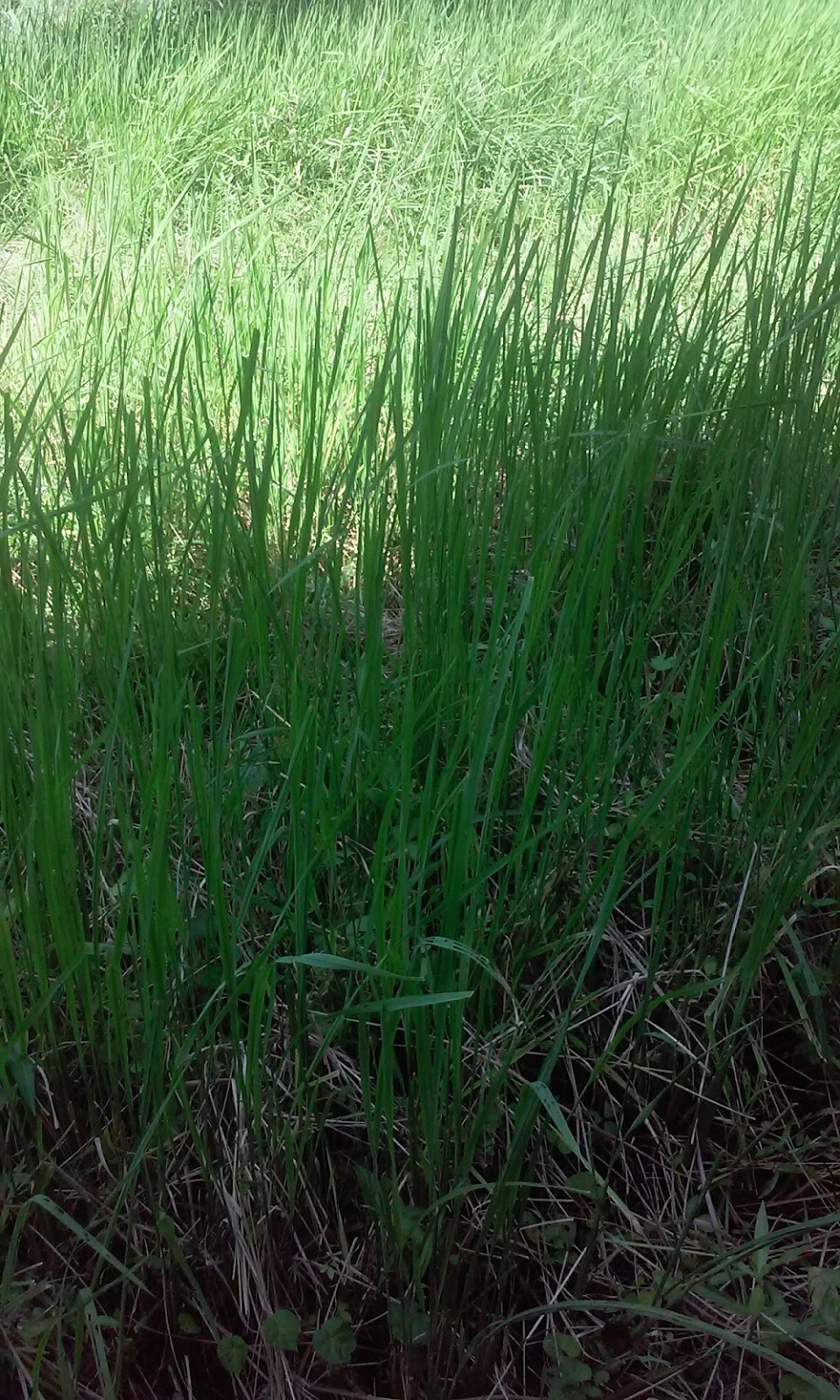 This is regrowth after cutting, top portions of the leaves have the cut mark, they just elongate from the cut side. 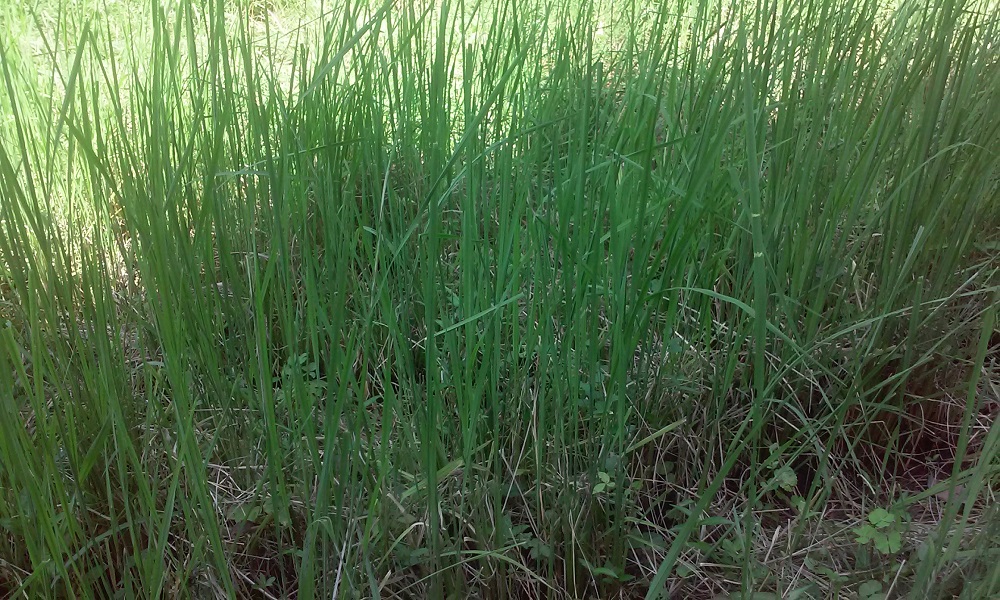 Regrowth after cutting, the grass which also was cut, was outgrown by paddy. 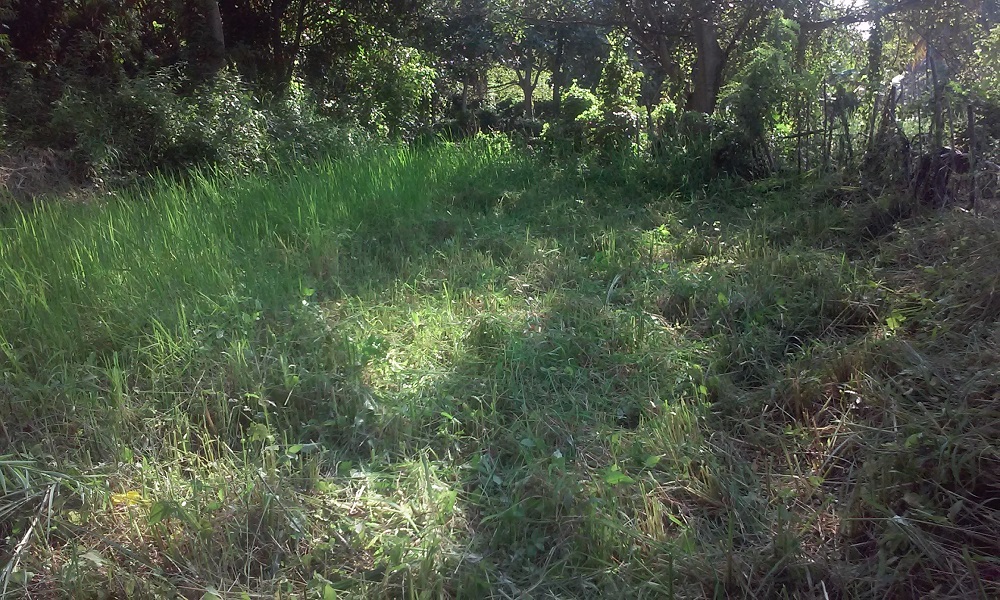 Re-growth is quite quick, this is 2 nd after cutting, shoot might be around 6-7cms. 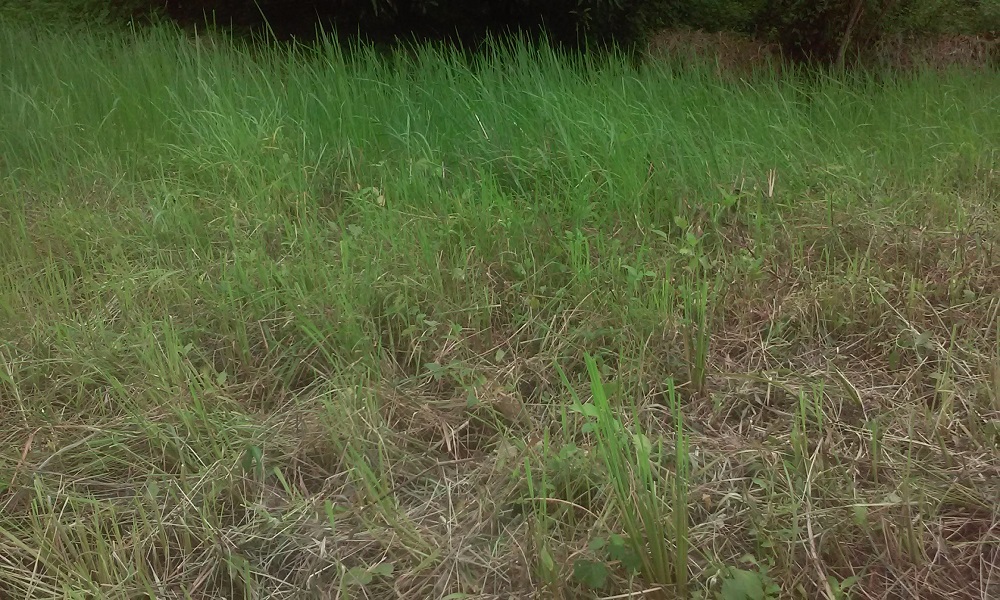 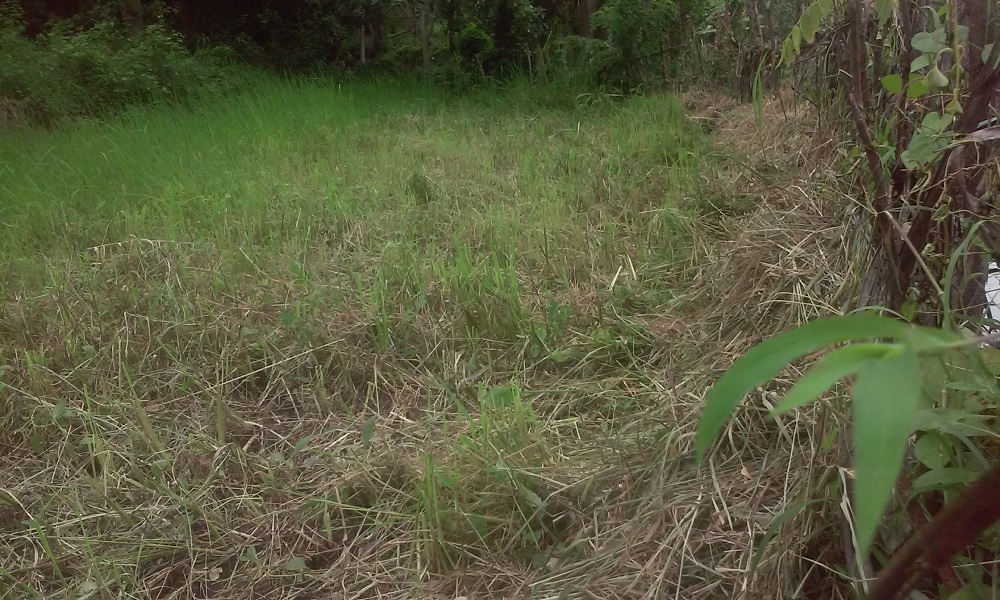 After cutting growth is good..But there is water shortage... 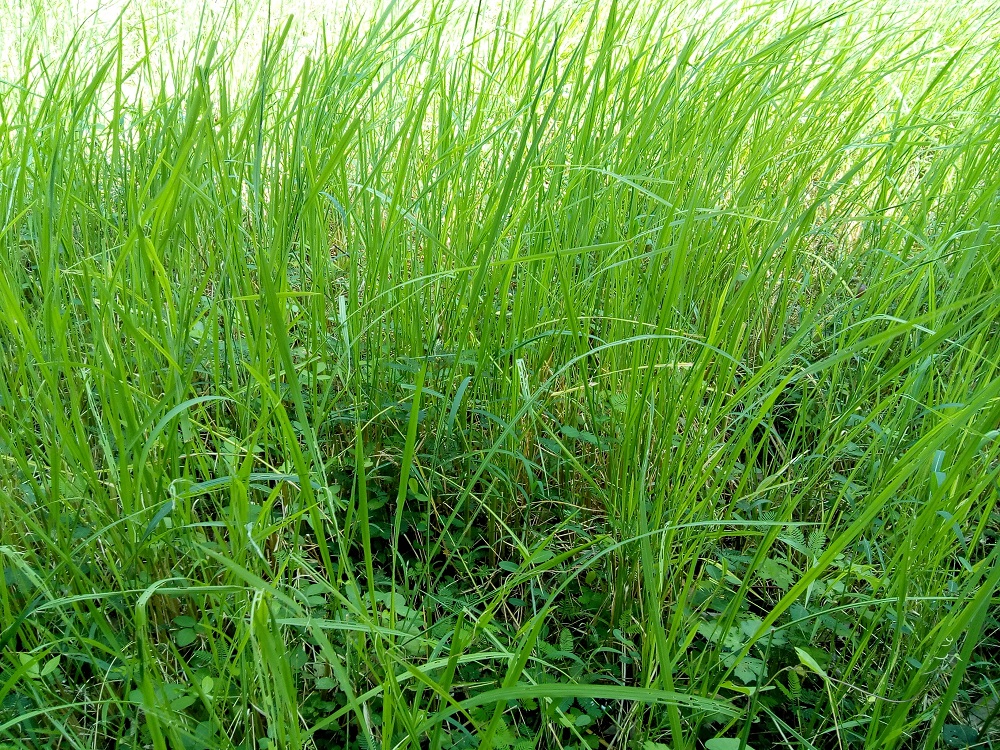 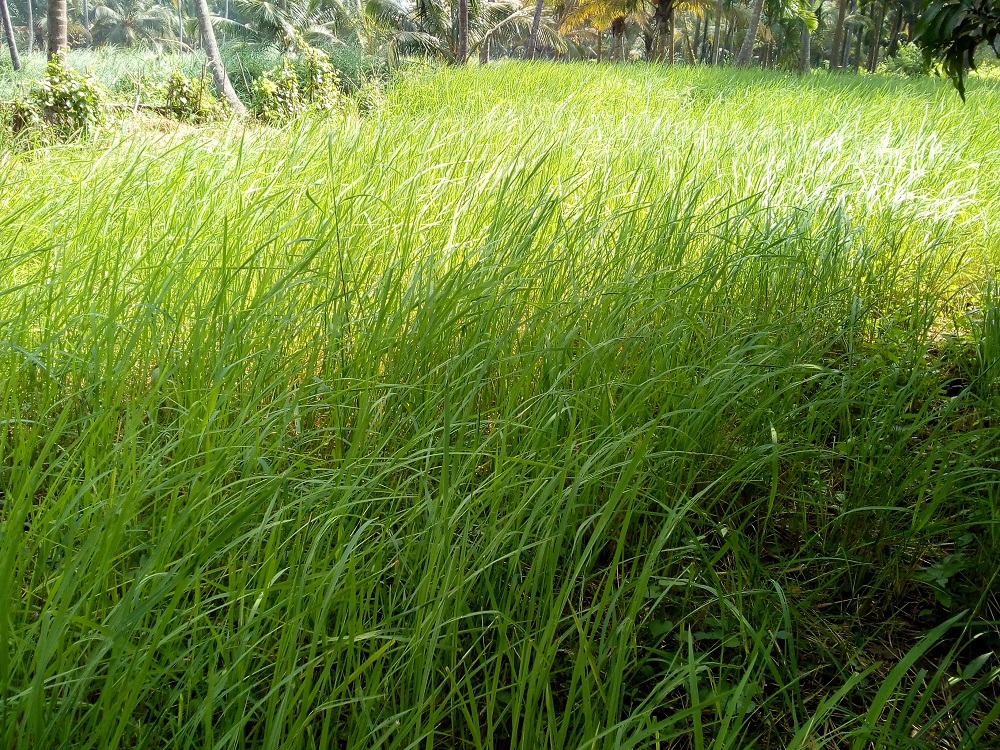 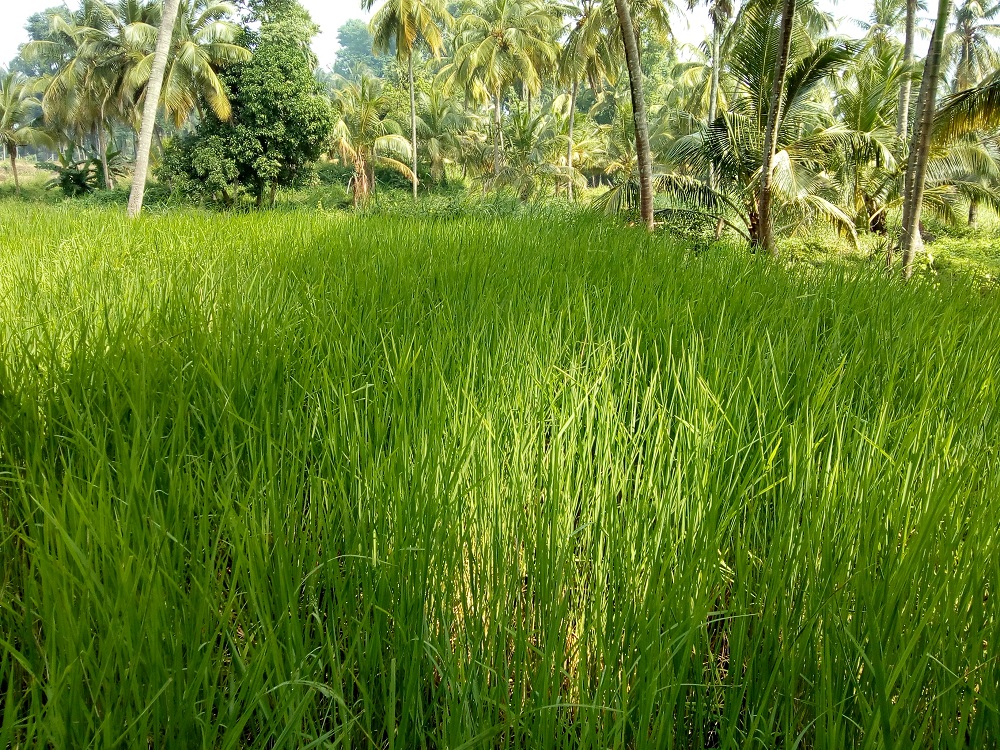 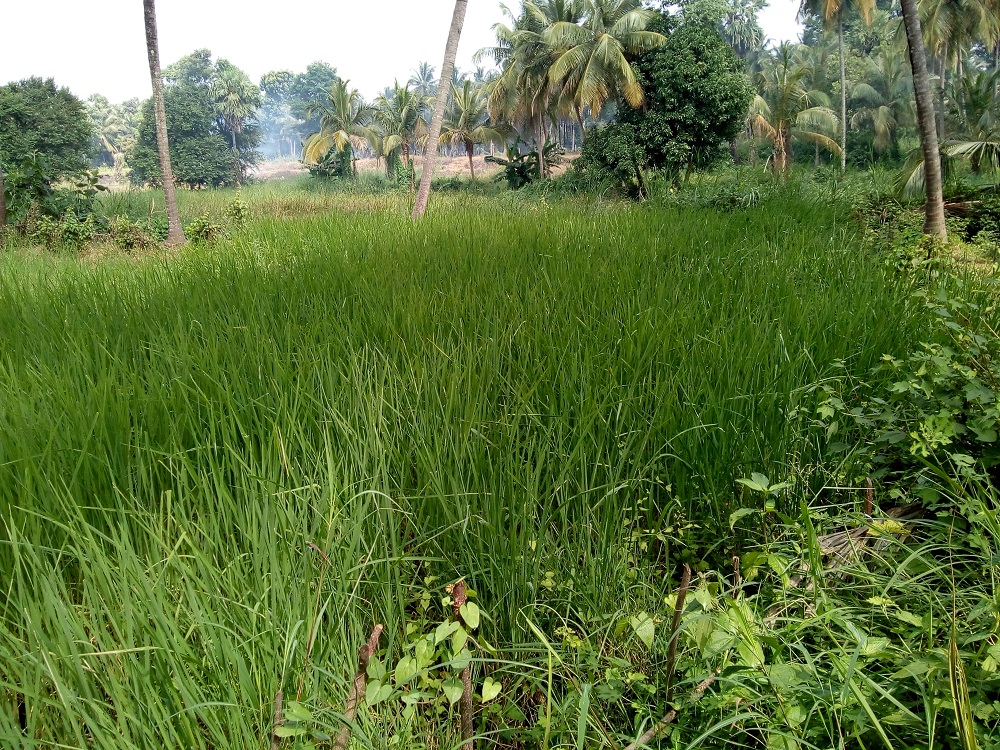 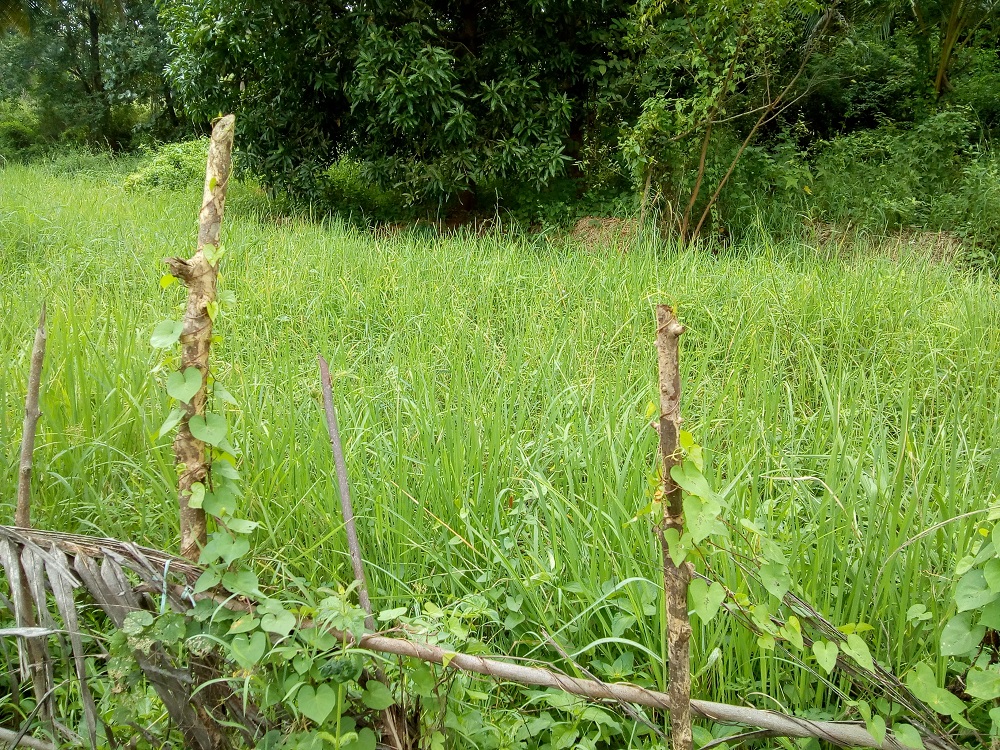 Water is not reaching this area, levelling problem, so weeds have come up 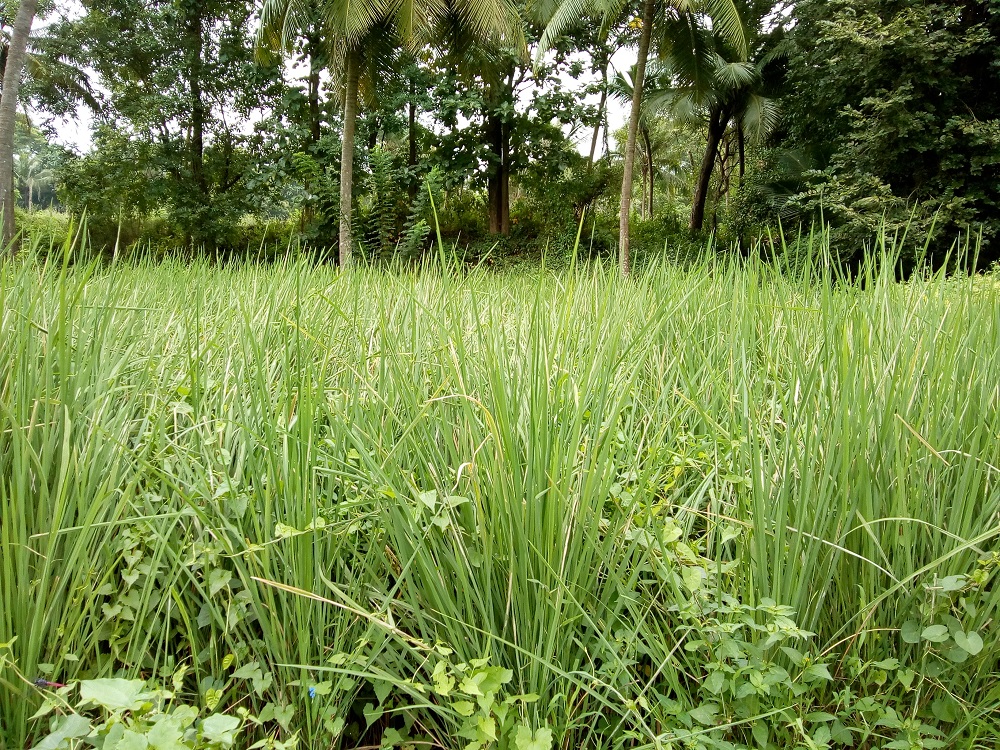 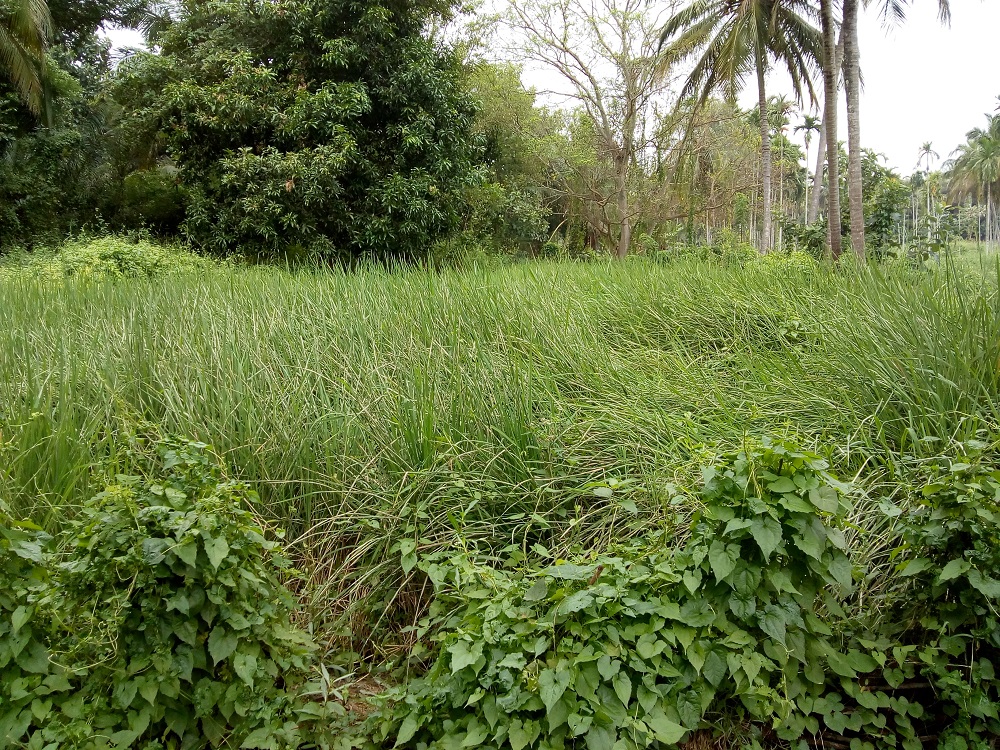 By December, field went very dry so the crop is lost. Trying a 6 month variety in this field was too ambitious, planning to try a 4 month traditional variety next time, but again if they have to be watered from well, it may not survive, since I don't have provision for it right now.

Hi Nandan.. wondering if there are any updates on this one... I was waiting for your posts on the results of this attempt. Can you post some recent pictures?

Put a month old photo, will take latest photo and update with next farm visit.

In one area, water is not reaching, also could have done one weeding, there are weeds in some areas, even though it is not seen in this photo.

Seems this is tall variety. Most likely weeds will not overpower the Paddy.
I had a bad season this time. Worms attacked very badly and I am worrying 50% loss. Still made a wonderful observation that on the outer areas of the field wherever we could apply cow urine plus dung slurry, those areas were not attacked. Middle portion of the field was badly hurt... Initially thanduthurappan, then a massive attack by olachuruttan.

I never had the issue of massive pest attack...Kunjukunju seems to be a sturdy variety, may be that is the reason. But interesting to hear that urine + cowdung slurry prevents attack.

Why was the cutting done? Didn't appear to be overgrown!!!

The person who gave the seeds asked me to cut it since it takes another 4 more months for harvest. I am not sure, how it will be, if left uncut, so just playing safe, but it is lot of additional work.