For my kitchen garden I have started making compost using a cylindrical shaped bin made using mesh net. First I put some dried leaves and then kitchen waste above it. After a month, applied some waste decomposer (developed by NCOF - National Centre For Organic Farming) solution.After a while I could see black soldier fly larvae in it, initially I thought it won't come since it is aerobic composting. But since I dump the food waste also, it will be there. 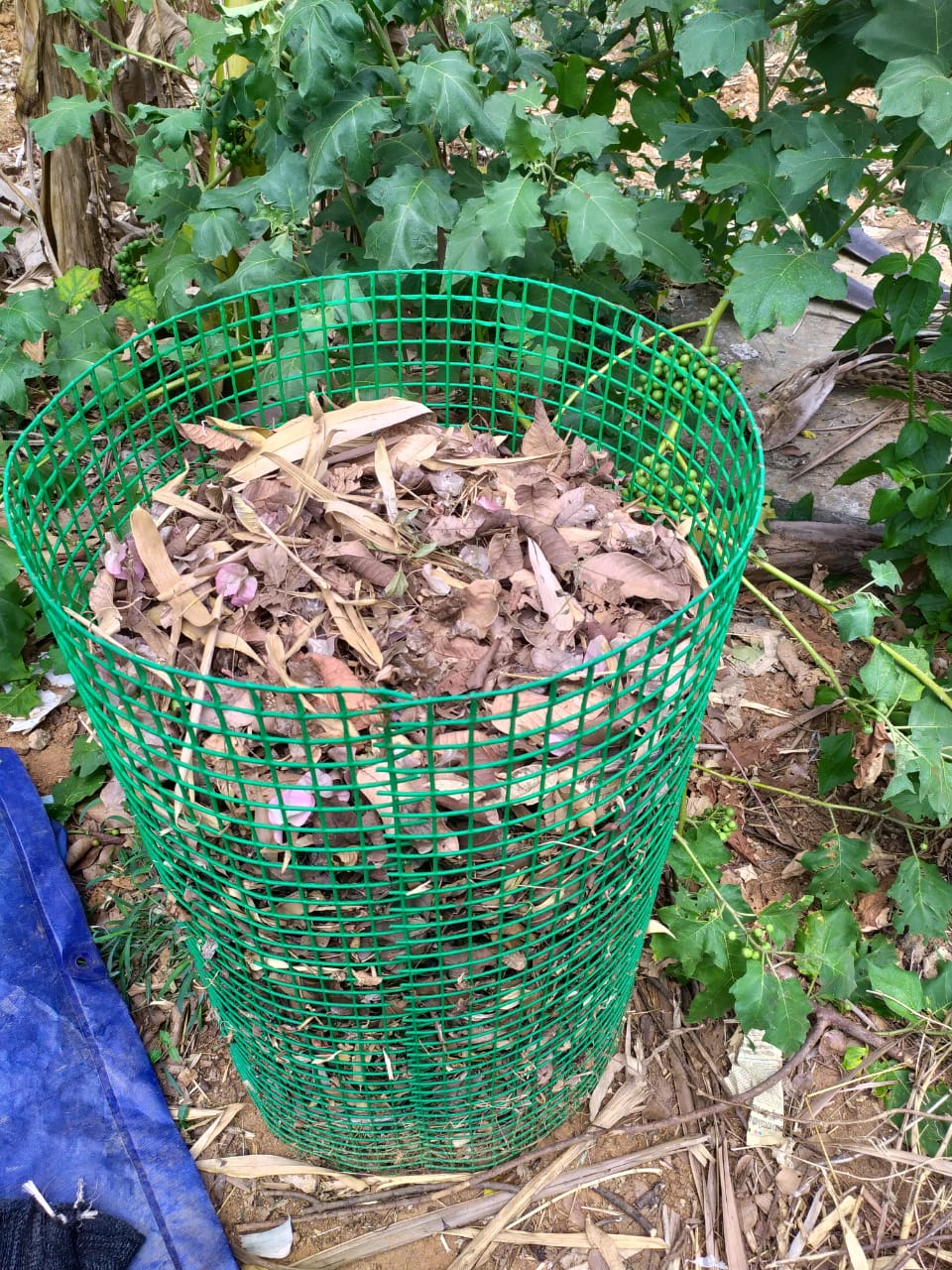 I could see the bottom part getting heated, when I pushed a stick and when pulled after some time. I keep it wet, by pouring water at the top, but the side does not remain wet. All food wastes were put here including fish and meat also.

11-May-2020
Lots of leaves were seen outside without any changes, so opened up and took the outer layer and put it as first layer, then kept on moving things from top to bottom. Since kitchen waste was not mixed dried leaves properly, it had formed a layer without oxygen, after mixing it looked better. May be next time, we can mix kitchen waste with leaves in a basket and then spread it.
25-June-2020
Did couple of mixing....now it looks almost ready. Inner side is bit soggy, may have to allow it to dry a bit.

With one week apart formed two heaps using dried leaves and glyricedia and other green leaves, also applied waste decomposer solution between the layers. After 3 weeks, combined both of them... 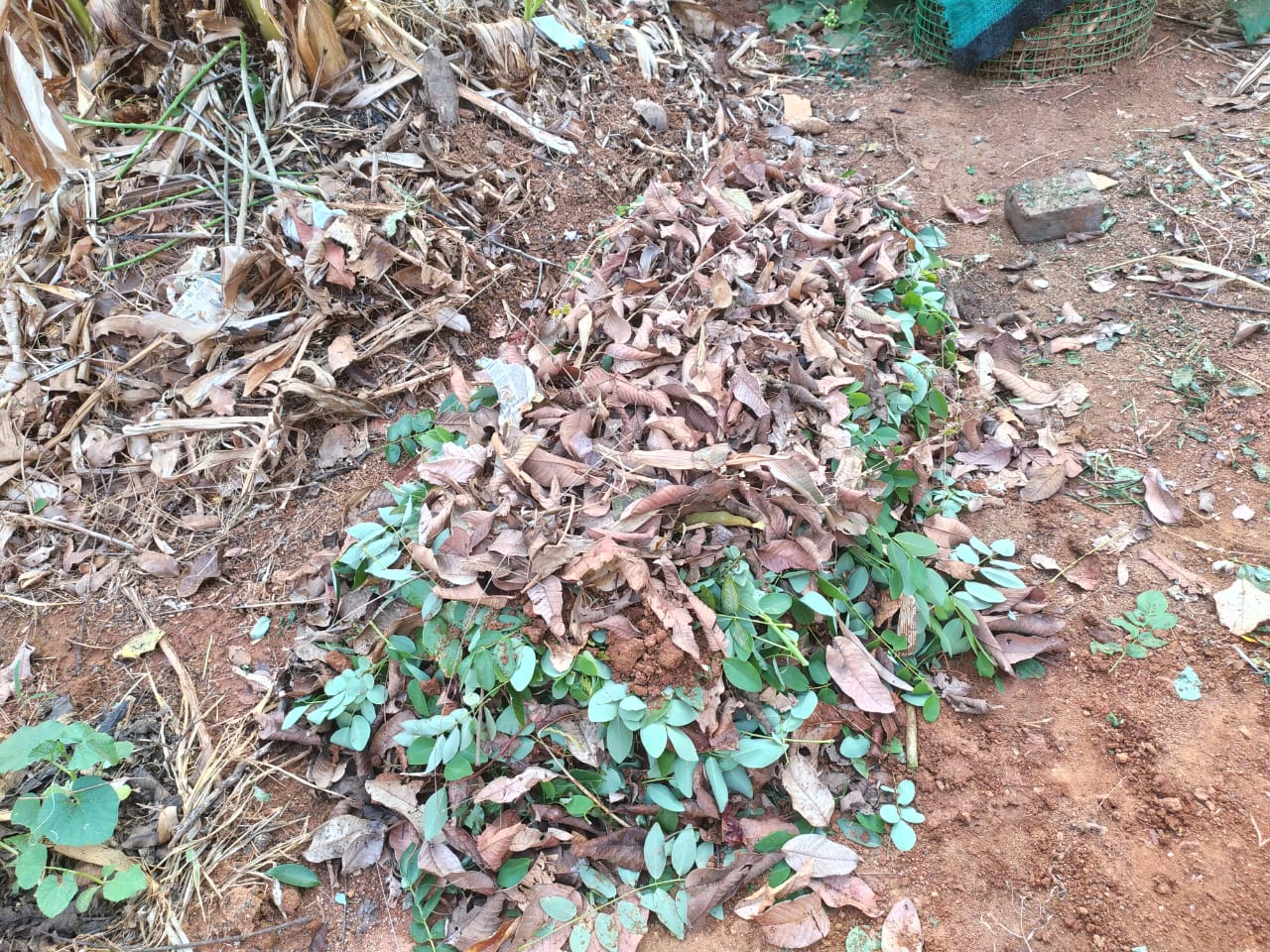 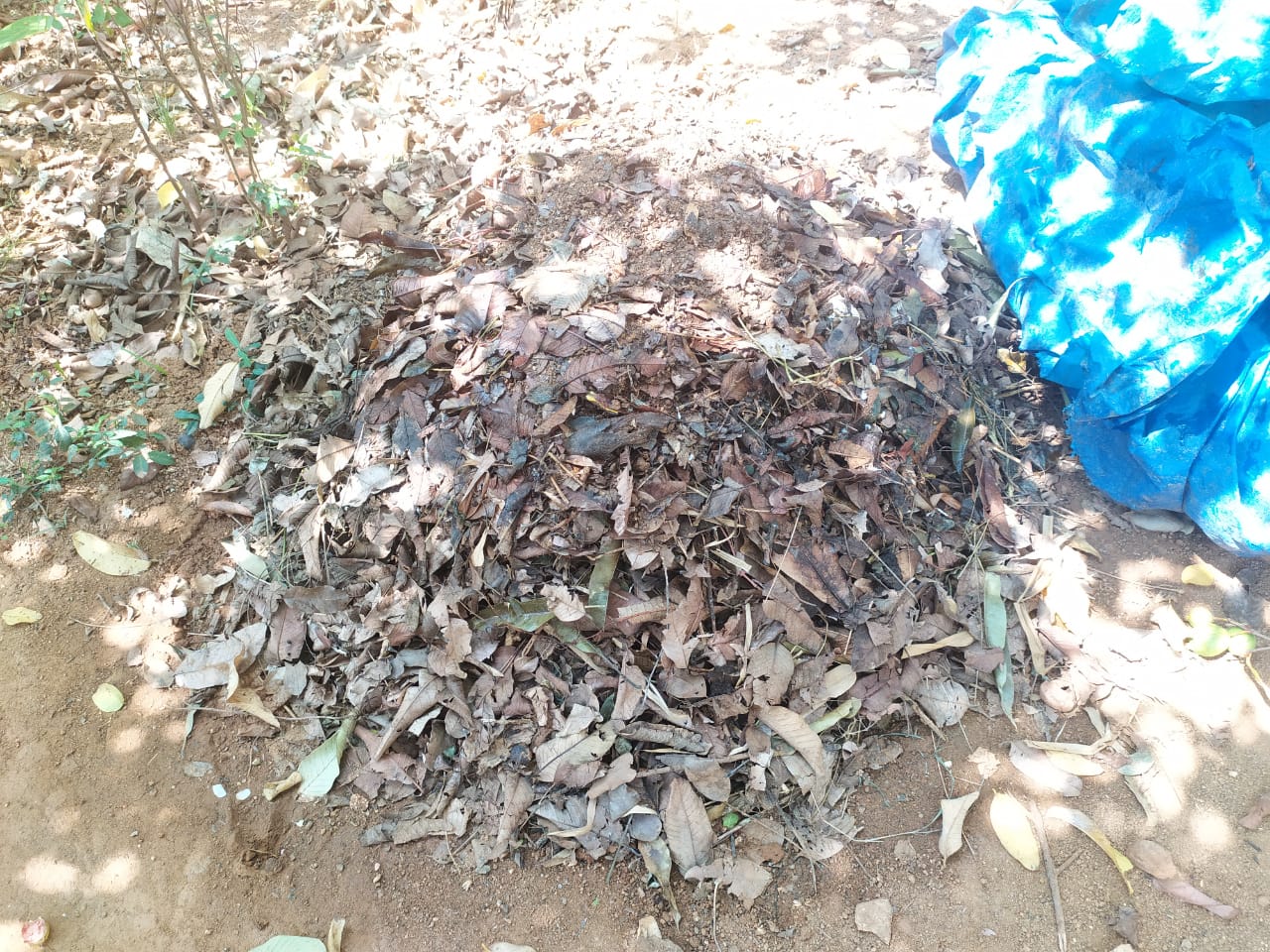 15-May-2020
Got some fresh cowdung, made cowdung slurry with that and applied at layers.

After 4 days 1st turning was done, after that turned on every 2-3 days. 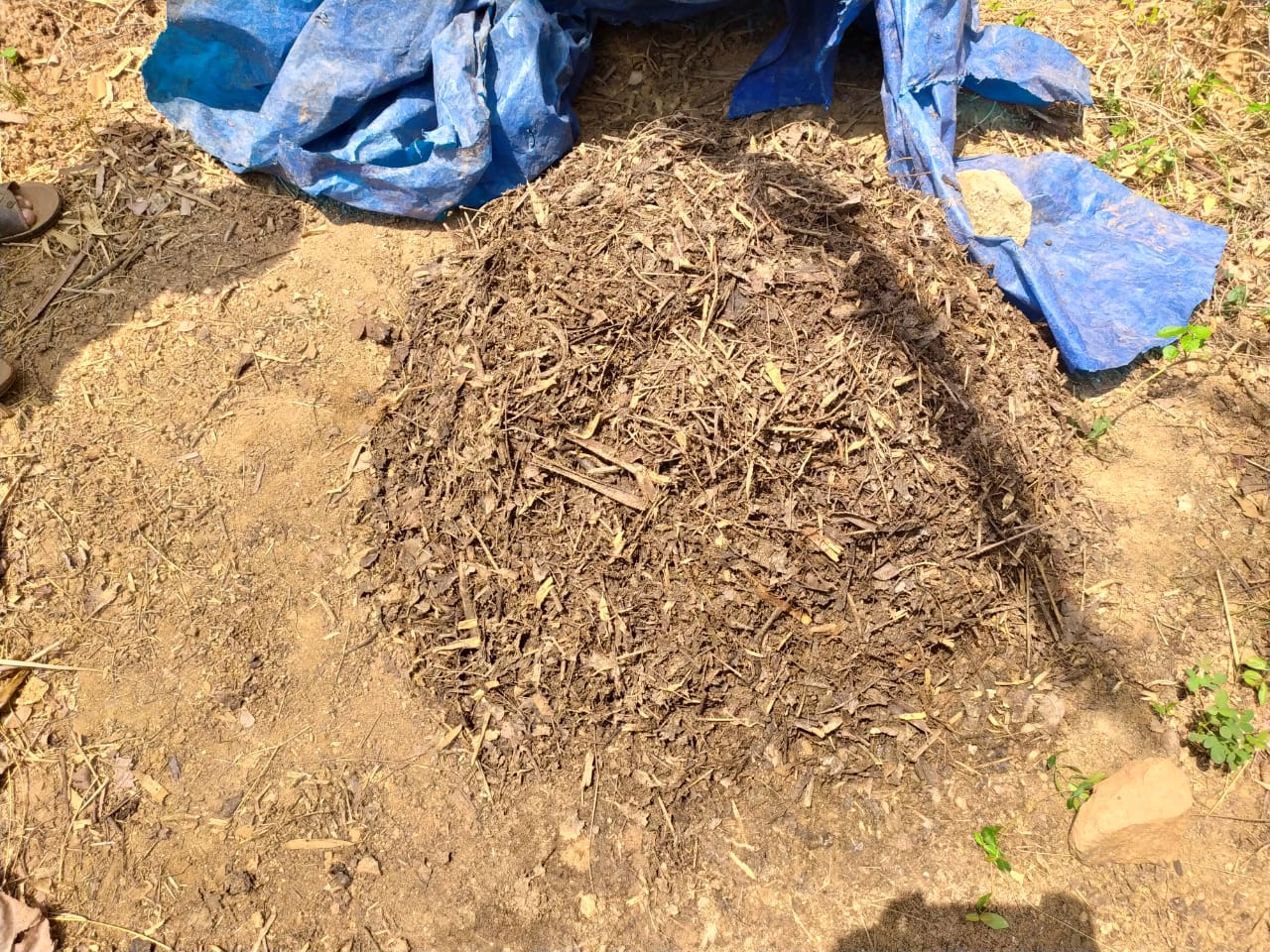 Made cowdung slurry, and then applied in between layers.

Here also dried leaves and green leaves were made small pieces,waste decomposer applied in between layers, some biochar also were added.

First turning after 4 days, then every 2-3 days. 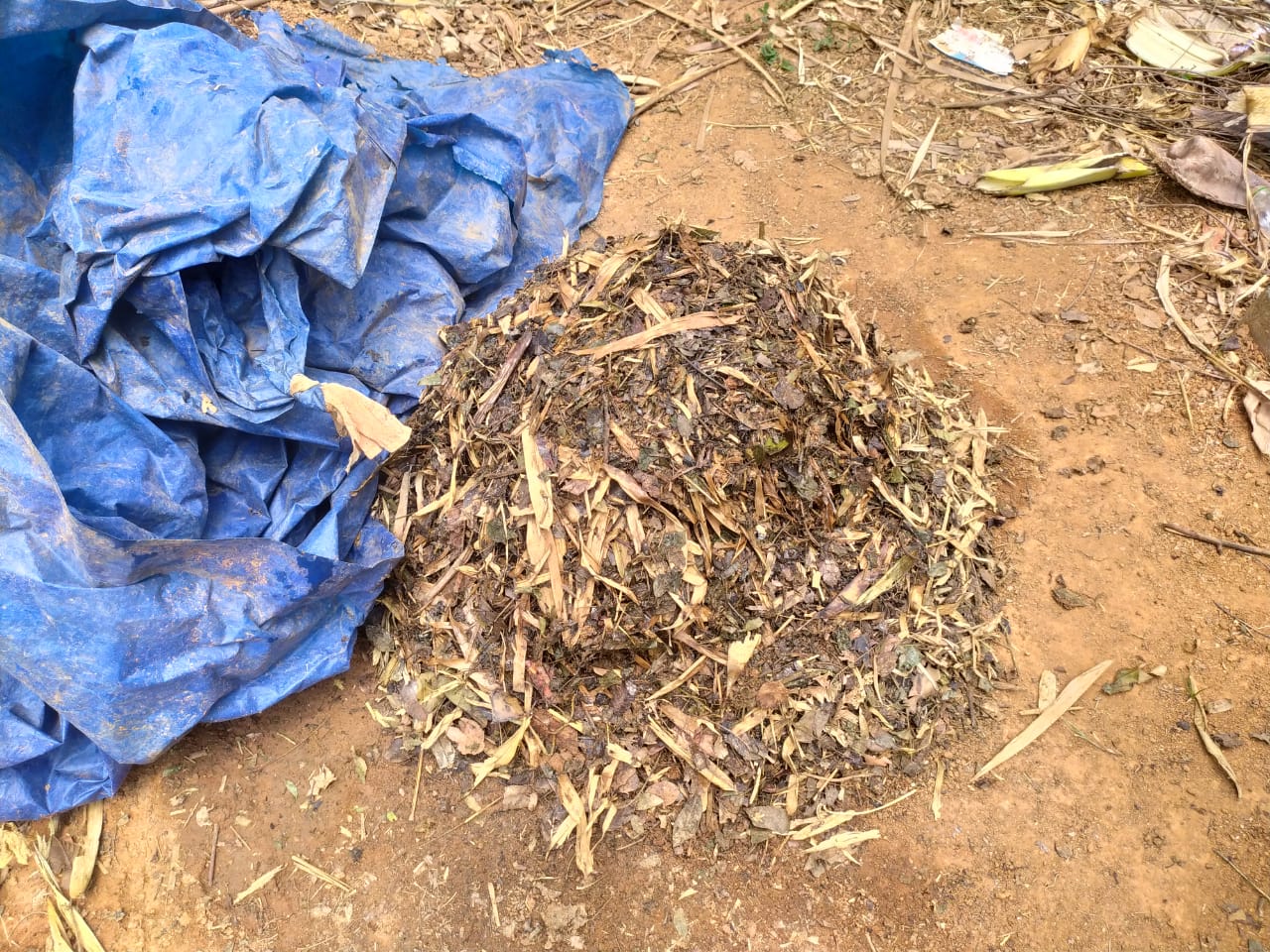 Made cowdung slurry, and then applied in between layers. 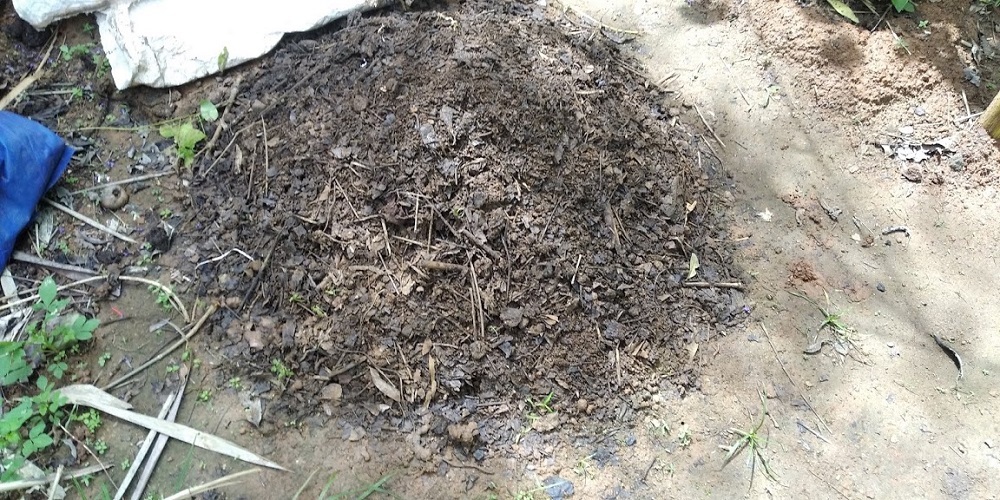 So may be in 2 months, we are getting good compost. Now we have to see without turning and without making leaves to small pieces how long it take. May be we can do couple of turning, when done on large scale, frequent turning is difficult.
Posted by Nandakumar at 2:48 AM

Informative article. Thanks for sharing such an valuable article. Also check Menthol Crystal Manufacturer in World