Sesame is traditionally planted in 'Atham Njattuvela' in Kerala, ie. between September 26-October 10th, started a bit late by October 3rd week, but soil was reasonably wet. Got some seeds and cleared grass in some patches using Fokin's hoe and made a line using the same hoe and then put seeds in line, between lines close to 0.75 feet distance is put. 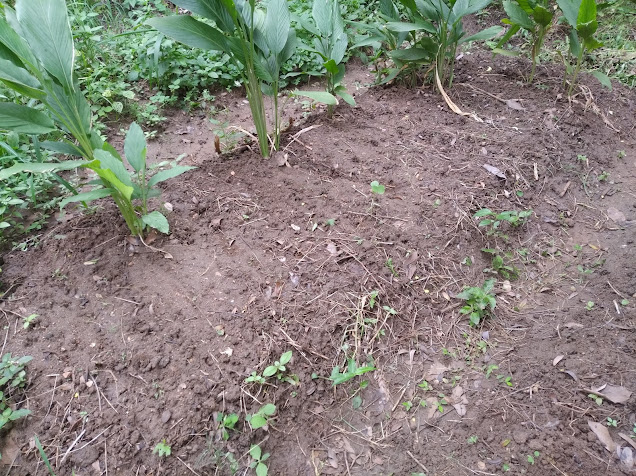 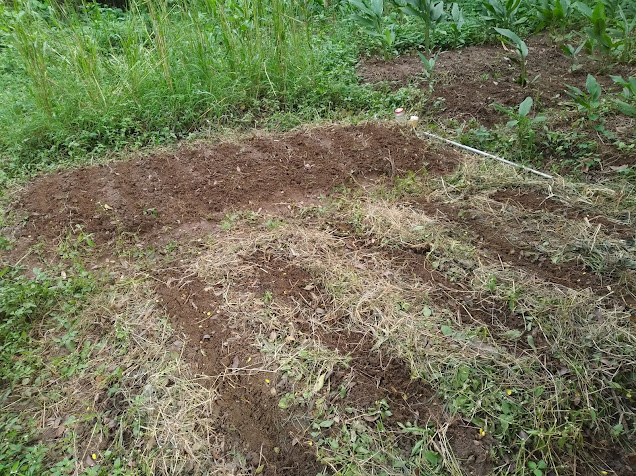 In some places, ant had taken the seeds, later once again seed was put and then turmeric powder was put above this. 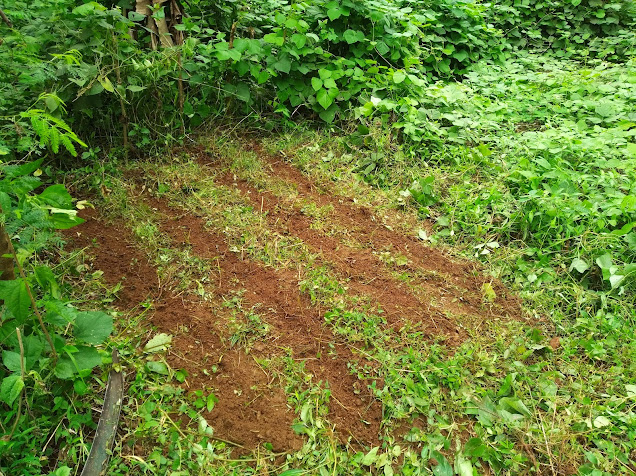 Posted by Nandakumar at 2:57 AM