Had a small raised bed with few taro plants, it was transplanted when some taro plants were growing in Ginger area. Transplanting was done after they had grown a feet or so, but they came up well. Had applied compost once and piled up soil around them and mulched with cut green grass. 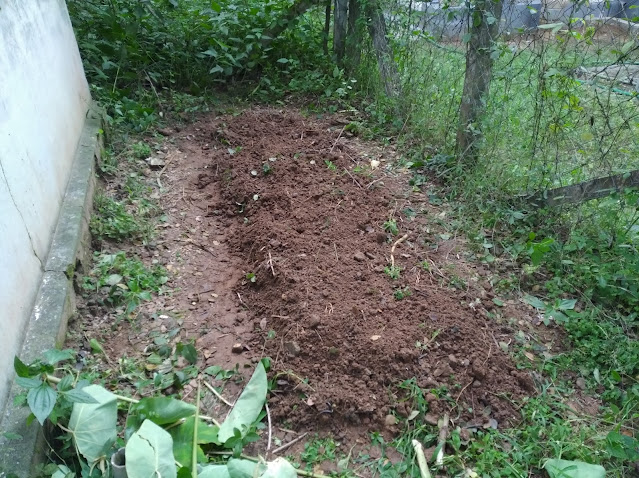 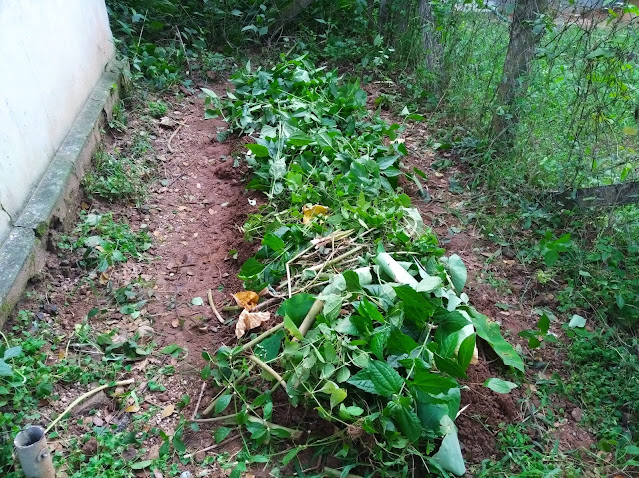 The harvest was decent, and after that raised bed was repaired a bit since soil had gone here and there after harvest. The mother seeds were put back along with small seeds which is not normally preferred for curry making. These seeds would come in the next rainy season, and cowpea is put on this bed. So underneath it has taro seeds and on the top there is cowpea which should fix nitrogen for the next taro crop. After this some light mulching was done using cut grass.
Posted by Nandakumar at 6:20 AM