Cherkady Ramachandra Rao was from Karnataka, a Gandhian and a farmer who had expired in 2010. He was a great man and his greatness can be seen from these words.

"I don't want you to think I am a poor man in money terms, either. My bank account is as rich as this land. And it grew without any clever skills. I have more than what many salaried people have at the end of long careers. The term, 'impoverished farmer' bothers me.
There are some articles in net about him.
http://www.goodnewsindia.com/index.php/magazine/story/cherkady-natural-farmer/P0/
http://hindu.com/thehindu/2001/09/30/stories/13300787.htm
Here is an interesting information about how he started rice cultivation and how his family of five was fed for forty years with minimal labour. The method is similar to Fukuoka's method, but Ramachandra Rao had developed this independently out of his own need.

I couldn't meet this great man, but would like to hear from people who had interacted with this great man and any other information about 'Cherkady Crop'.

Message on a straw:
"One morning, I stopped in my tracks. A sturdy plant of rice, ripe with grains stood in my way. How had I missed it all these days? Where had it come from? Where it stood was no wetter than other parts of the farm and my land was by means abundant in water. I had certainly, not planted it. It was unlike any paddy I had known. It had buxom grains on 16 strands, all on one stem. It stood alone glistening in the morning sun.

"I was overwhelmed. I took it home and shook it. There was close to a kilo of grains from that one plant! And so began my rice harvest year after year. I scattered the seeds on unploughed land, spread leaves and manure and watered it by hand. There was no attempt at flooding the patch. Slowly, the patch grew wider but it was never more than a tenth of an acre. All it called for was one man's labour for three days in a season. That was enough to feed our family of five continually, for forty years.

In another article it says..

He used to grow paddy without tilling the land or using other common farming practices; the land didn't even need irrigation. The method named "Sarvodaya paddy cultivation" became popular in the area as the "Cherkady crop".
7-May-2016
Recently talked to Aroor Manjunath Rao elder son of Cherkady Ramachandra Rao. He was working as a bank manager and took voluntary retirement and is into herbal farming. Talked to him about the Cherkady crop and he says it is not practiced by anyone now  and was popular in Cherkady Ramachandra rao's time. Doing paddy in  upland needs much care against birds, animals since it is cultivated in isolated place. There is a book about Cherkady's methods, but it is in Kannada and he offered me to send one, since I don't know to read kannada, I just didn't take it from him.
An article about him.

10-November-2019
A friend Shravyak Patil has written the biography of Cherkady Ramachandra Rao...interesting to read 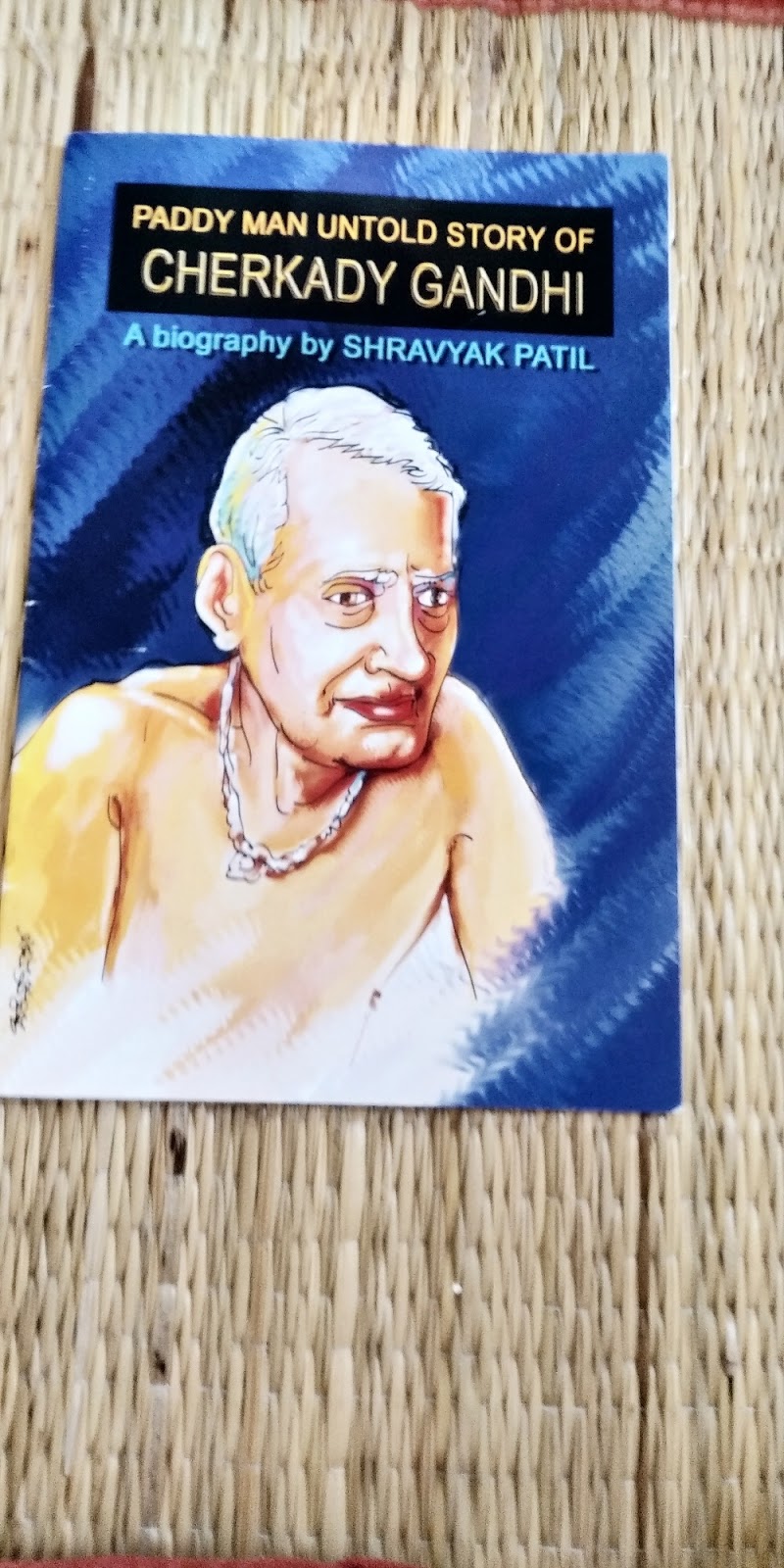 May-2021
Recently a lady contacted me to know more about Cherkady's methods and I gave her some person's contacts to get more details. She also sent me a pdf version of  Kannada book about Cherkady, it looks to be freely available in the following link - https://cupdf.com/document/cherkady.html

Posted by Nandakumar at 4:47 AM

Thanks for this very good article about Cherkady Ramachandra Rao.

Thanks in advance.
Looking forward to your reply.
Sindhu

Please send a mail to me (p_k_nandanan@gmail.com), will send contact details back.