Open well in the farm dried up in the middle of April. I had made couple of rain pits for recharging it. 3 Rain pits were made around the well so that rain water gets collected in it and recharges ground water. Obviously  this was not sufficient to survive the peak summer. Along with rain pits, I routed my terrace water to the well using PVC pipes. With first rain itself considerable water falls to the well through this pipe, but since rain was not continuous this time, it dried up soon. After two weeks, some water is seen now, not sure how it appeared all of a sudden. Probably rain water takes time to reach this level. But I am hoping that in the next summer well will have more water. This time rain is very less so far, monsoon usually starts in June 1st, but this time it started by around June middle, which is quite unusual. After that rain just disappeared, land is quite dry for this season. Hopes that rain will come back, anyway we can just hope. 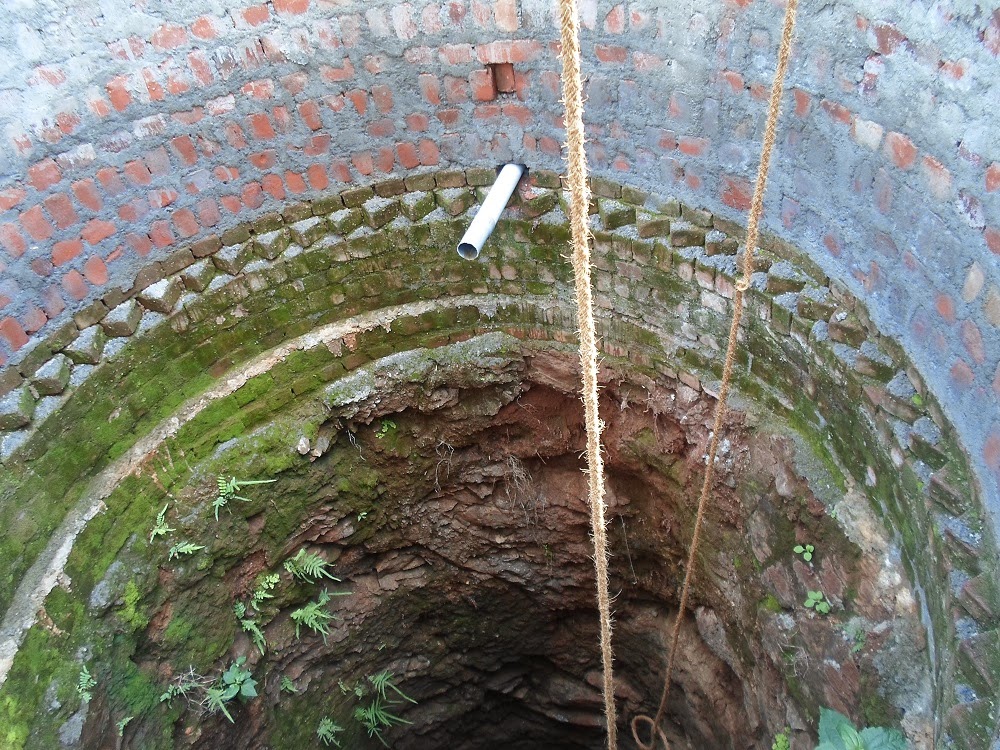 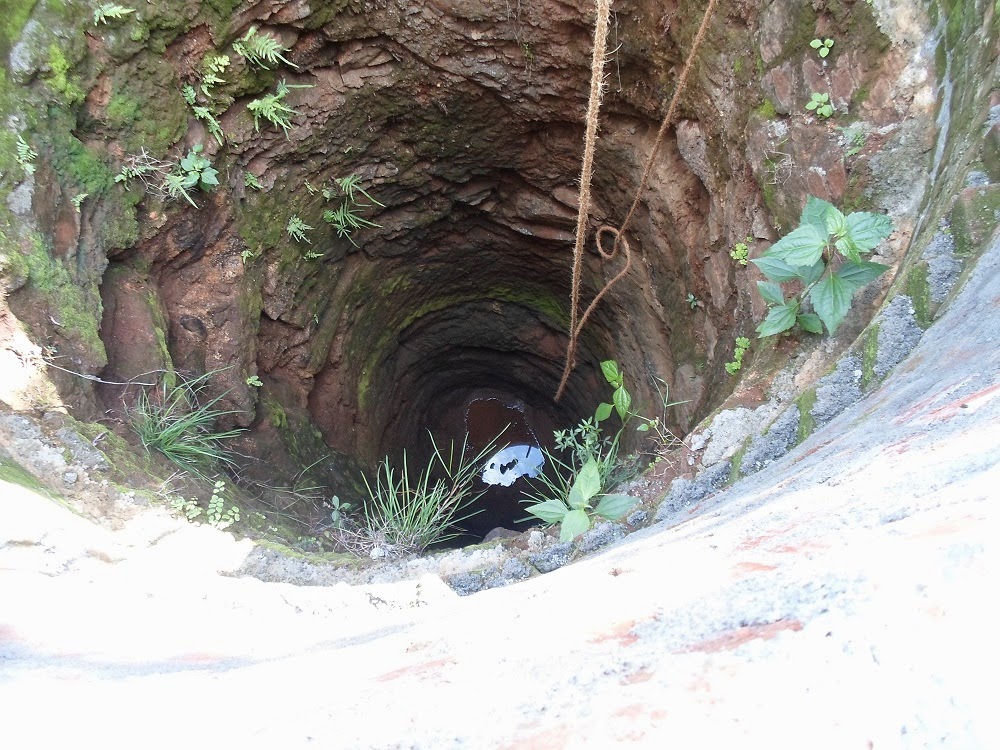 Some water is seen now

Rain picked up well and well has good amount of water now.. 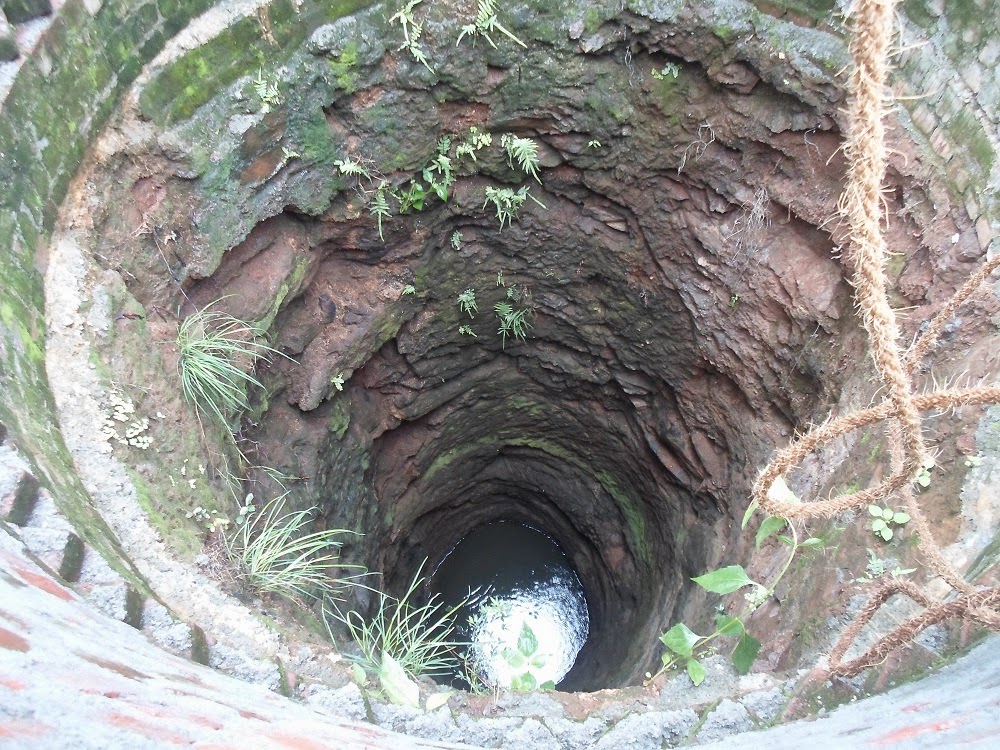 7-Aug-2014
Well has plenty of water now, it is not just recharging, rain has been good and all the wells in the area are almost full. The effect of charging will be known in the next summer. 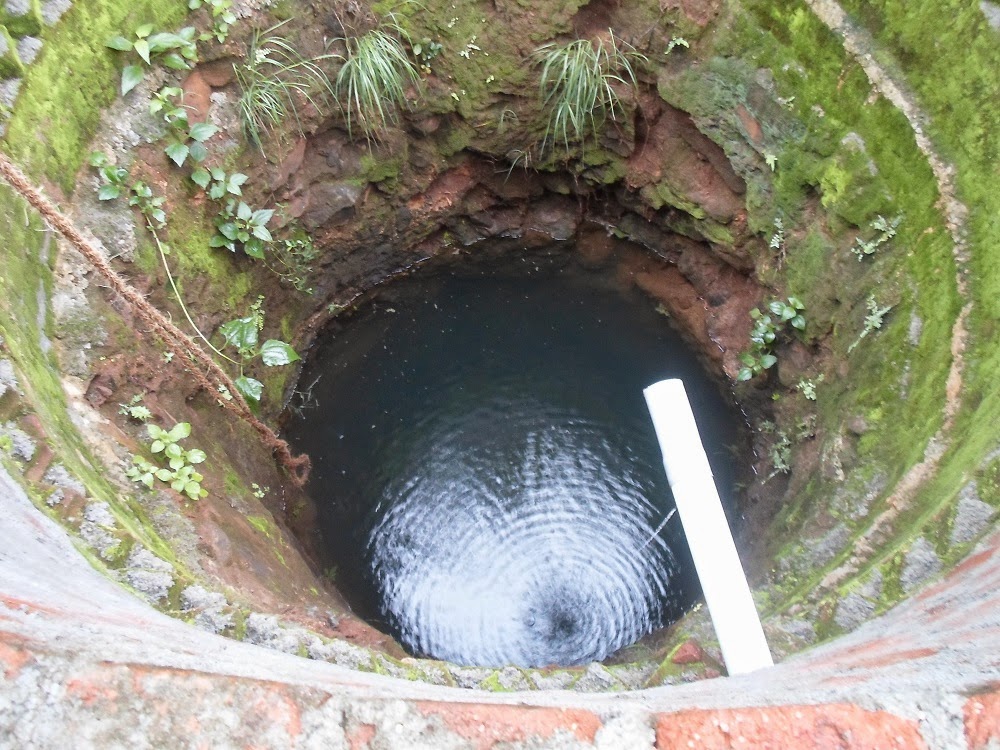 22-Feb-2015
Summer is getting hot..and water level is receding, yet to be seen if it survives summer..right now it has around 4-5 feet water..watering is happening regularly, hence some water may get into well also through under ground. Water is very cool and tasty..washing the face makes you really fresh. Initially I was not knowing, water is different in taste..when I reached Bangalore and started using borewell for the first time in my life, I started realising the taste of water..Now since this well is holding water in the earth, it becomes cool and tasty..some neighbours pull out water for their cooking..feels great to see that. 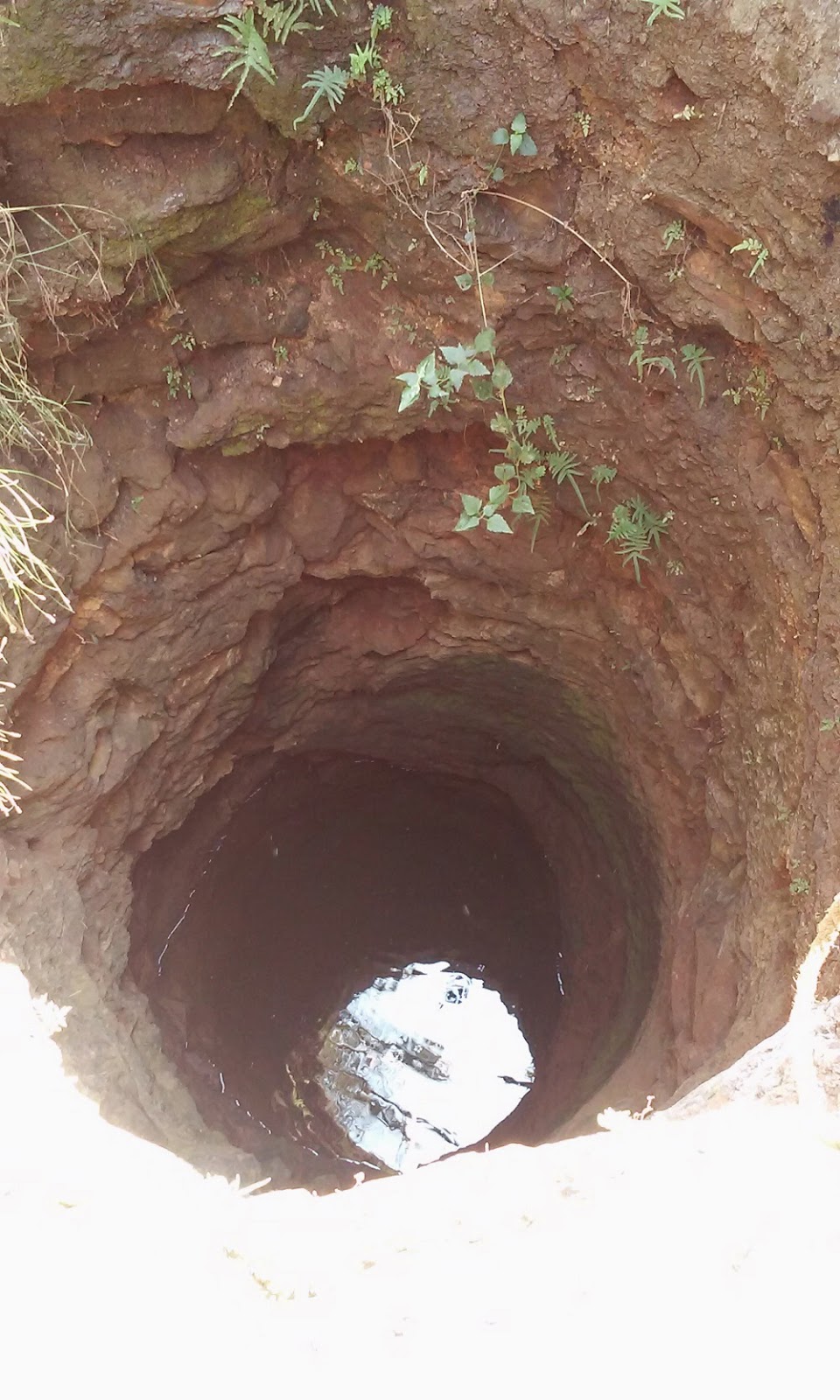 Finally well has survived this summer. I am assuming recharging has done a significant contribution in this. There is unusual summer rains and that also might have helped it. Anyway lot of people from nearby houses are coming for this water, it is cool and tasty since it is stored in the natural soil container. 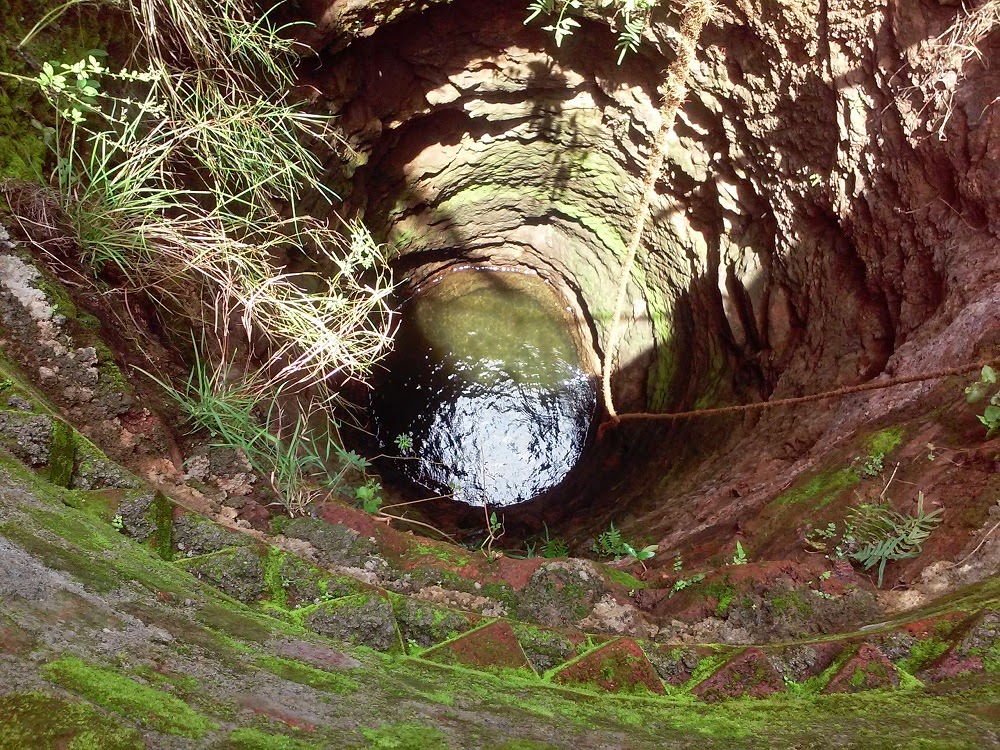 Posted by Nandakumar at 9:12 AM

NO rain? This is of grave concern yes? Is this known to happen every so often?

what about the sediments in run-off?

There have been some climate changes and variation in rains, but this time it is complete dry spell after monsoon started. Paddy farming is completely affected, without water, weeds are growing fast

Since I am routing the water from rooftop there are no issue of sediments..I just cleaned the terrace at the start of rainy season

nandan......hi, i do not know the lay out of your land, if there is any slopes then "fish scale swales" is the best. Do check on the web for designs which suit you the best. If there is no slopes, then small trenches should work. This year seems really bad for paddy. Millets, turmeric, bamboo, oil seeds are doing well

Thanks Arjun..land has some slope but terraced by previous owner. So there is no heavy run off of water. Will go through fish scale swales..it looks to be attractive

Yes, i would agree with Arjun, that the permaculture way of letting water seep into the ground with swales will recharge the wells over a period of time. We did put fish-scale swales in a drier rain shadow region of tamil nadu, will know in a few seasons how well it works. We have had very poor rains over the last three years. But a couple of rains several months back, were quite heavy, and if we had the means to save the rainwater, it would have helped. The local govt does encourage farm ponds, and gets the MNREGA workers to dig even on private land. So there are several farms which this year have got ponds. A big farmer has about 8 to 10 ponds.

Definitely you would need some slope, and you probably have to work around the swales, if you go for fish-scale ones. They take up space, and prevent easy plowing.

Please share some photos of fish-scale swales which you have done.

As per many reports coming in news papers, using rooftop water recharging, after couple of years, well never goes dry. I will see the results in the coming summers...meanwhile if the effort is not much, will see some fish-scale swales can be done.

Some pictures are at voodooville dot wordpress dot com. Not much to make out from the pictures, since you need a top view, to show that the shape of the swale. If the water seeps underground, it is available longer. Some people just send rainwater down into the wells, which doesn't help much. Anyway it will be a while before we see the difference, it is only 2 months since we did the fish-scale swales.