After the harvest of the rice was over by mid March, I scattered horse gram,cowpea and sesame seeds,mulched with straw and then  irrigated. Ideally it should have been broadcasted 2 weeks before harvesting, but since walking through the muddy field was difficult, postponed it to after harvest.

By the time, harvest was over field had gone completely dry and even cracks started developing. Cowpea and horse gram germinated well,but sesame was not seen at all. It looks like field was completely dry and sesame didn't germinate well. Even though it was irrigated, climate was very hot and goes dry very fast.

Later some time, could see some sesame plants also in flowering and fruiting stage and it was never over grown by weeds. There were not many fruits, but considering the fact, no manure was applied and field was just recovering from previous till operation, it was fine.

So if timed well, no-till way of sesame,horse gram and cowpea may work out and will be tried in the next season. 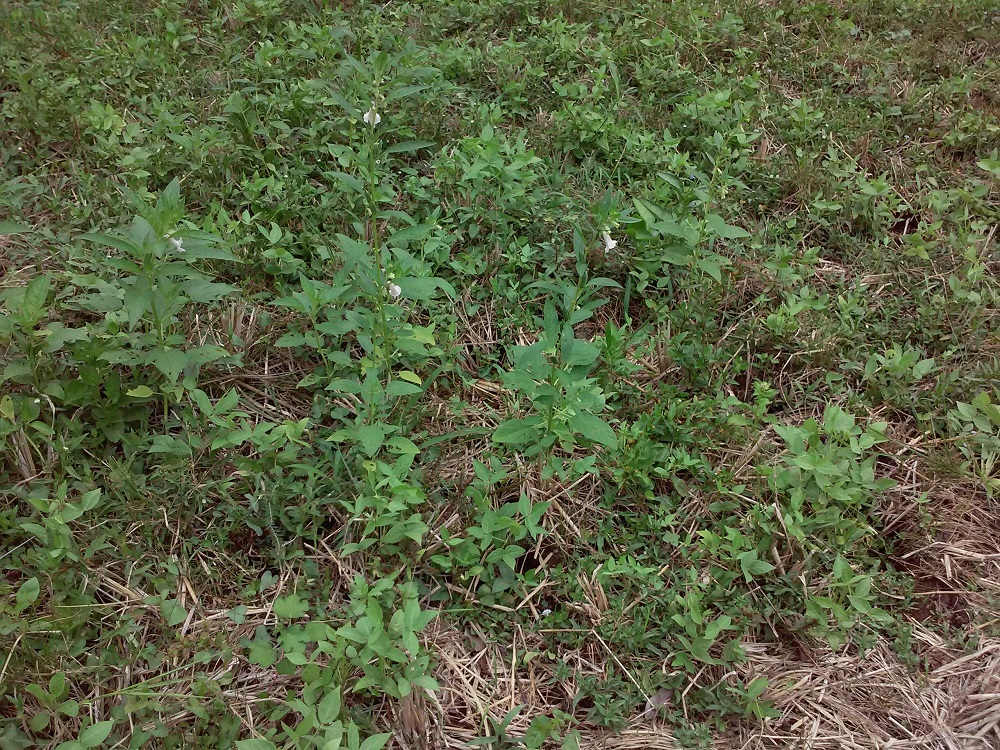 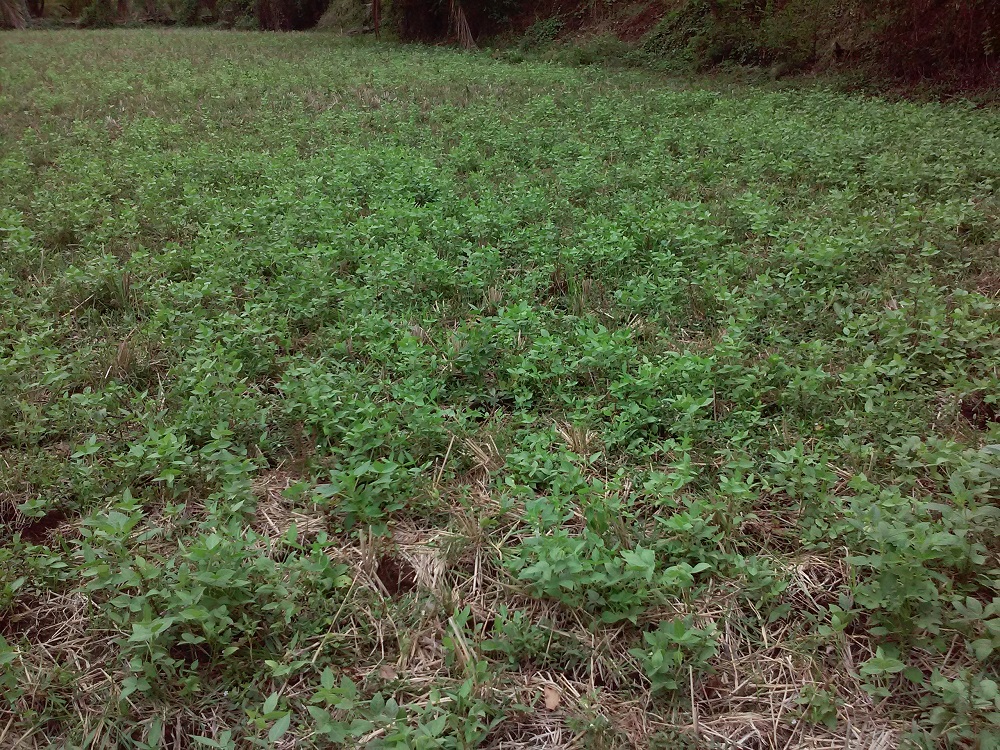 Informative piece Nandan. Thanks for sharing and keep up the good work.