Happy hill rice was cultivated by Masanobu Fukuoka and supposed to be one of the best yielding variety. On this monsoon, I am cultivating happy hill rice just to make sure that I have the seeds..and probably try to improve this variety for the local climate. The seeds which I am using now, is cultivated from the original seeds sent by a Japanese friend.

I hope to send the seeds to more people who is interested to try out this variety. Last time I had sent the seeds to 4-5 friends located at different parts of the world and had requested them to send back some seeds after their harvest, yet to hear from them.

Rice seedlings can be seen.... 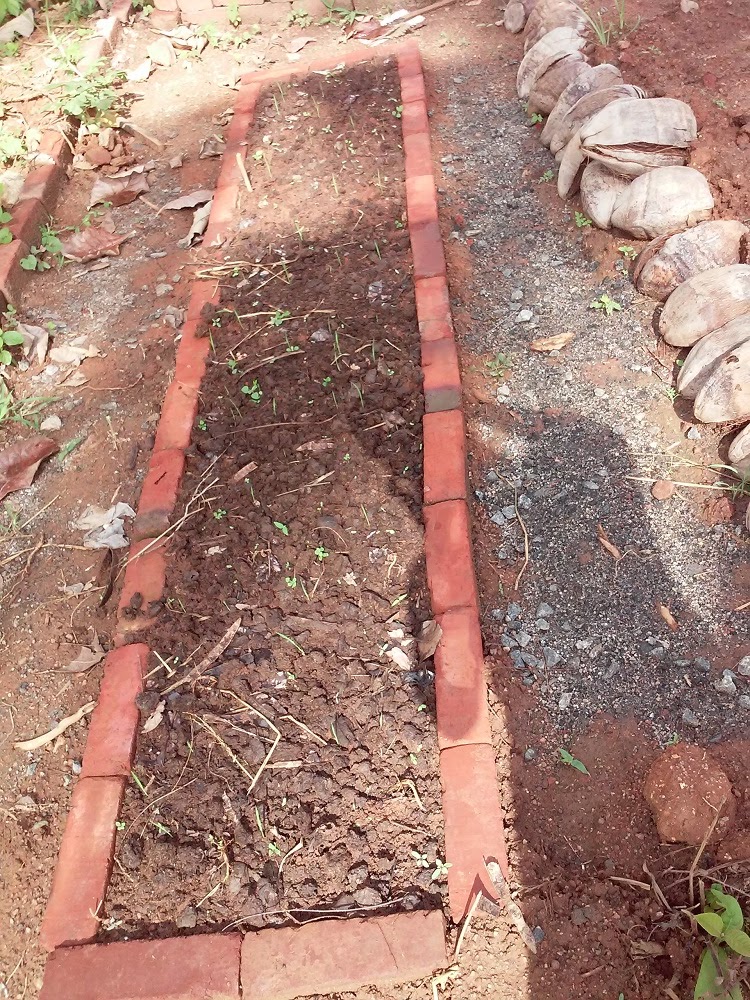 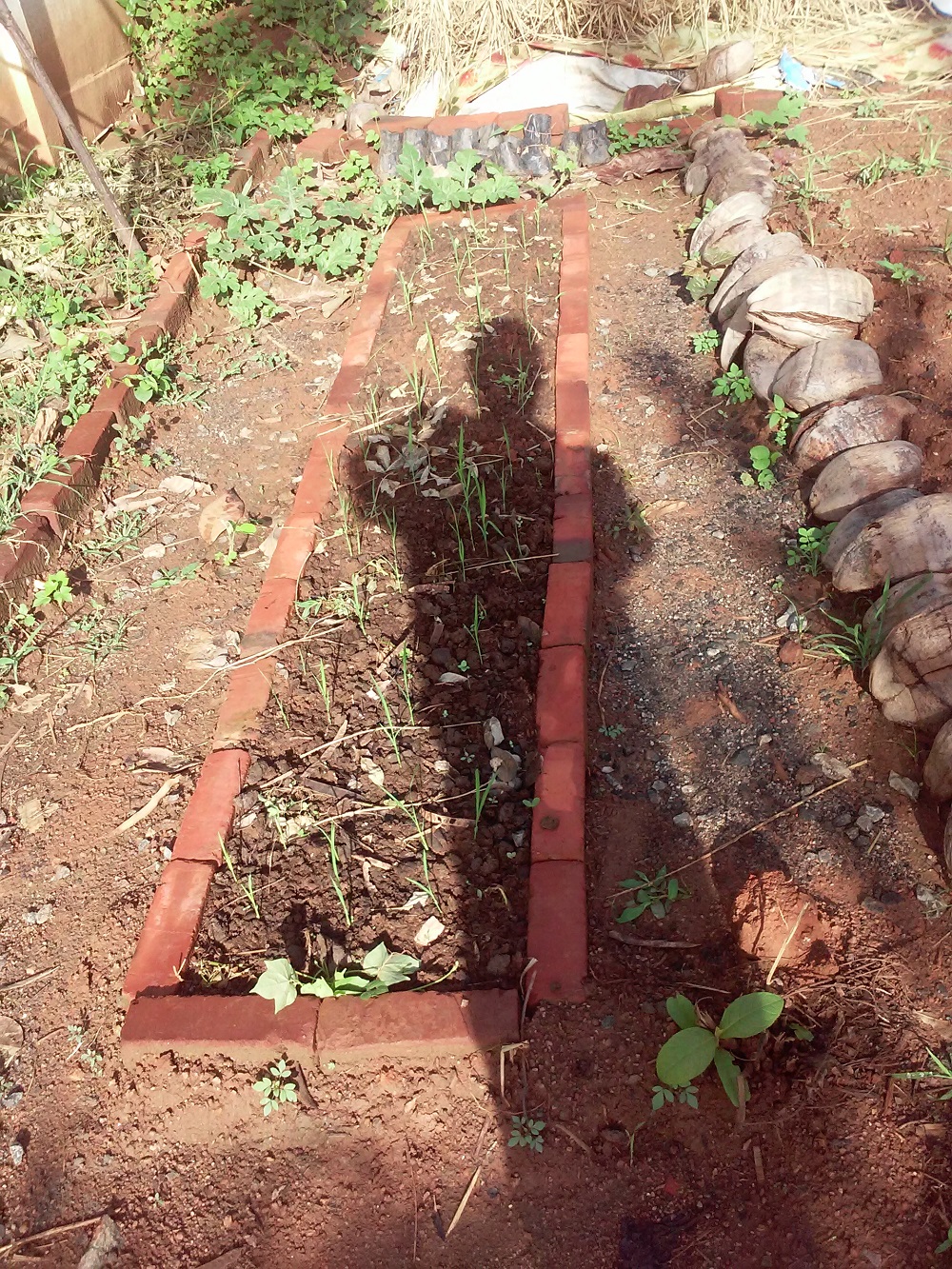 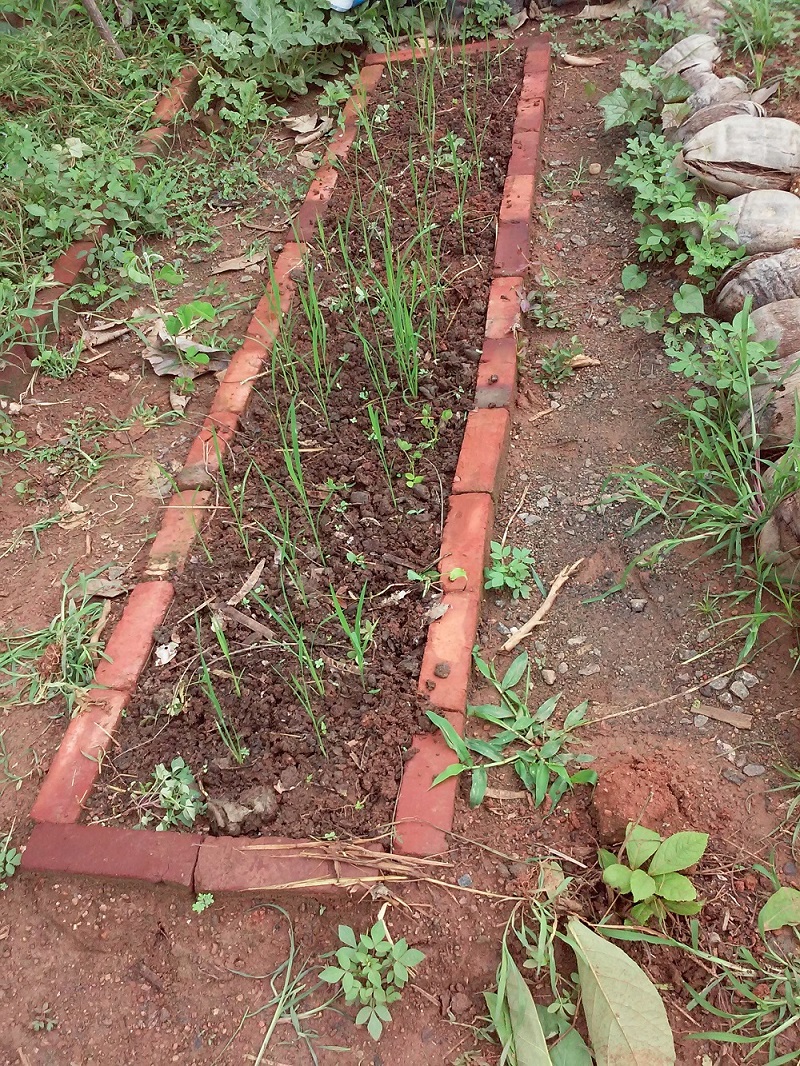 Just made some aeration for the soil using a stick and poured some cowdung slurry. Arachis pintoi planted along with it, just to see how it grows along with paddy. 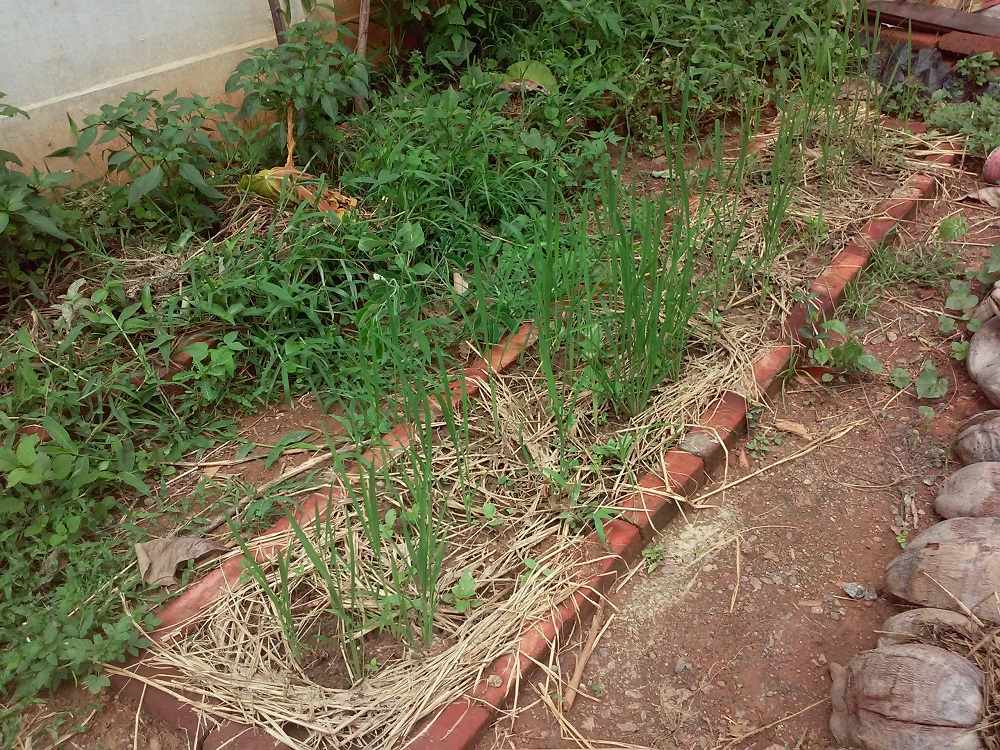 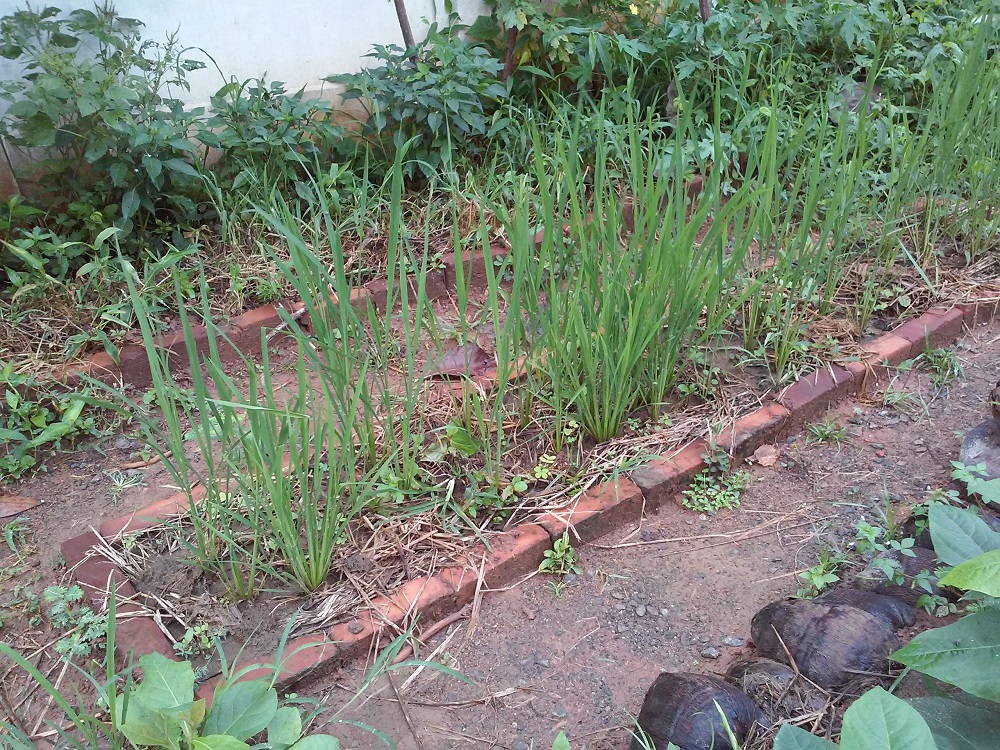 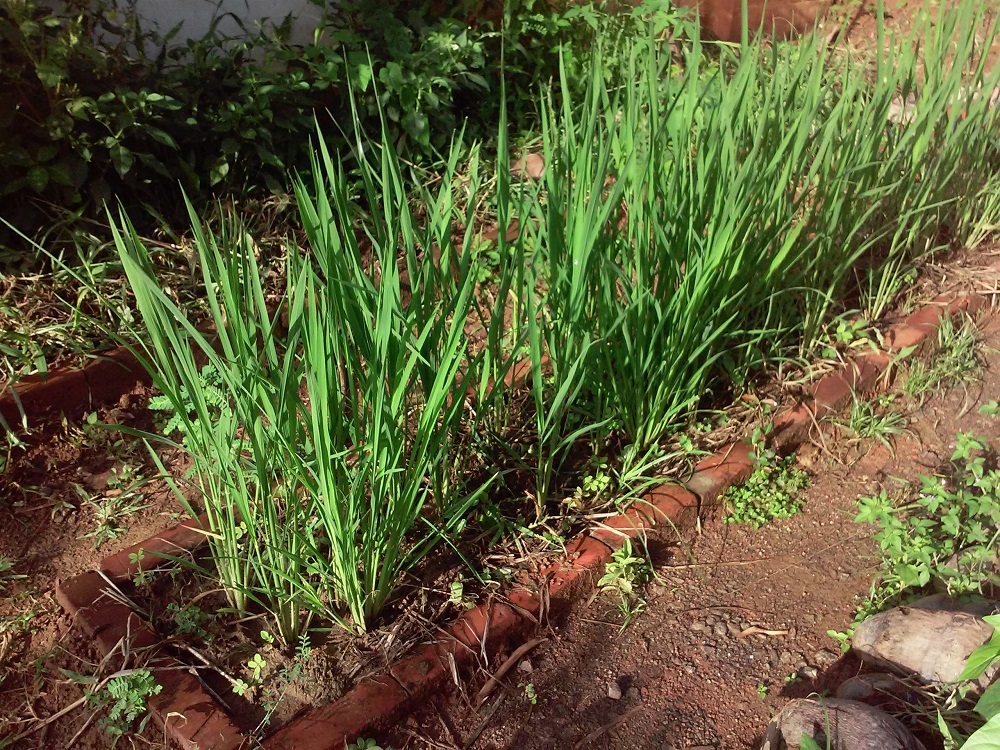 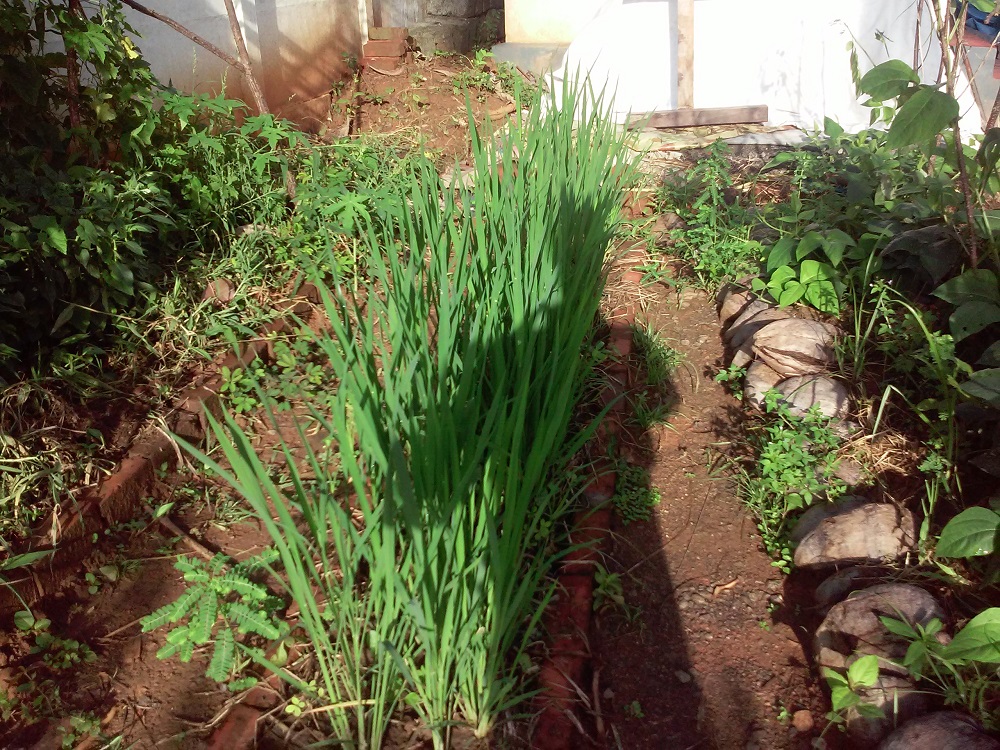 Rice plants looks beautiful now !!! Application of cowdung slurry does all the magic...I apply it once in 2 days, since cow shed is nearby...flowering started... 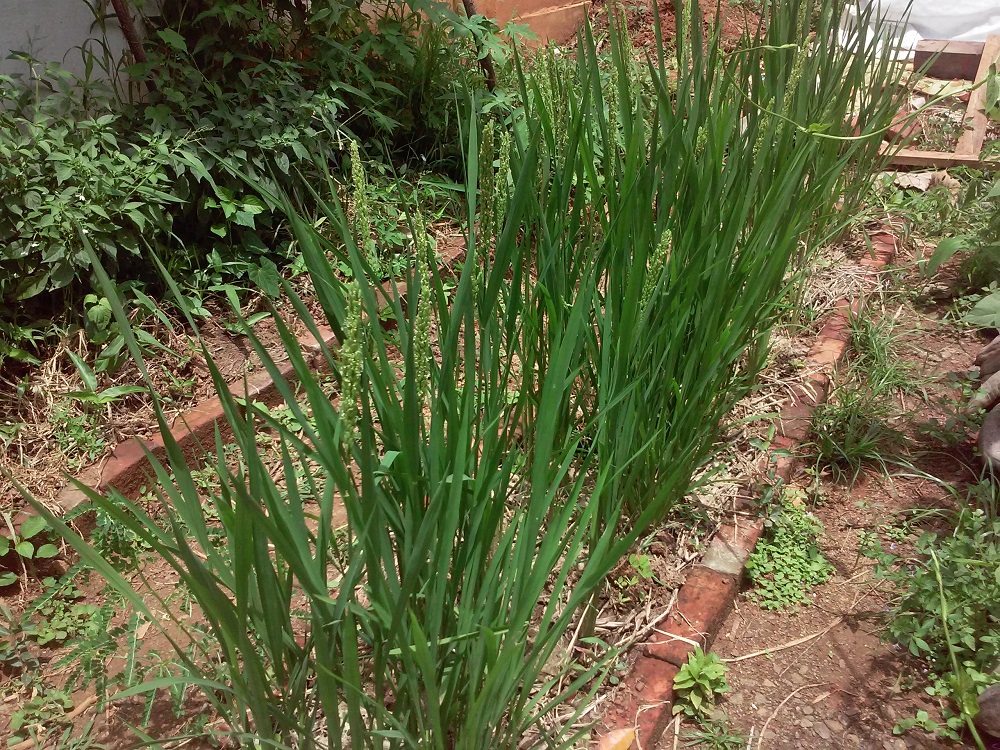 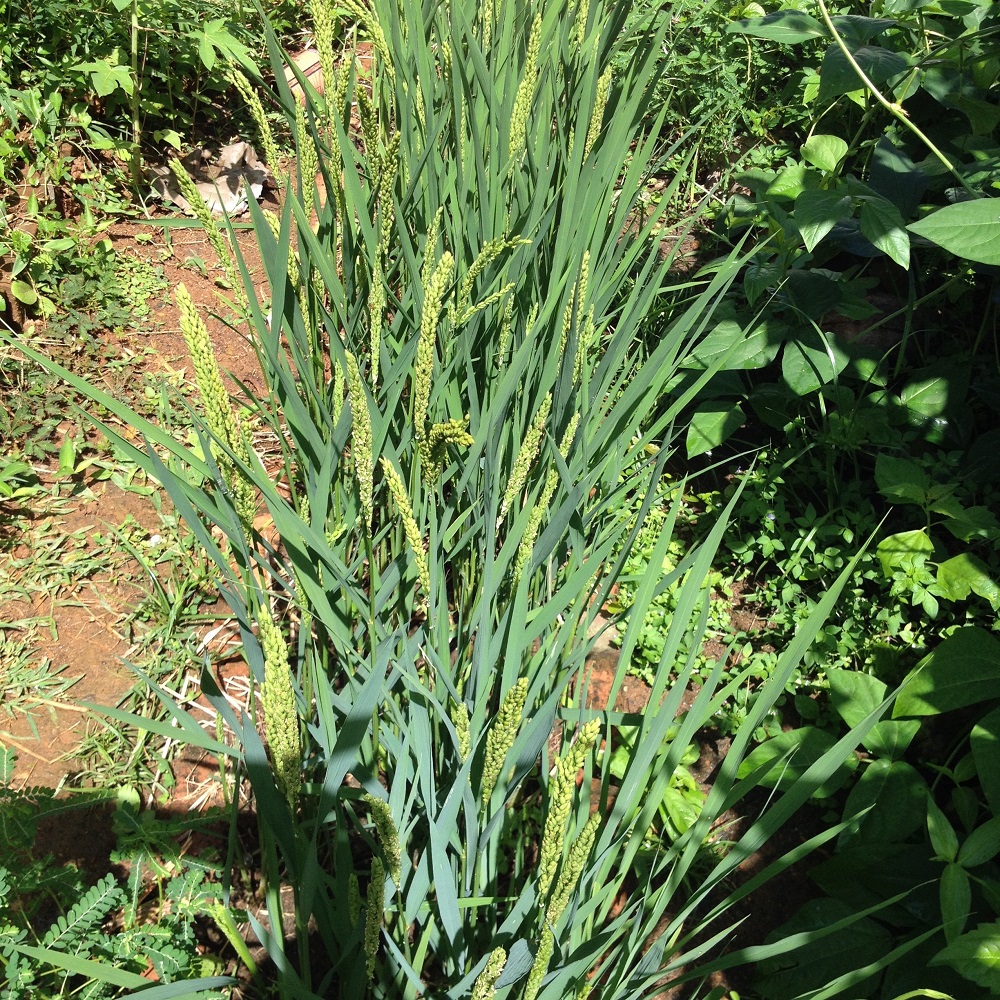 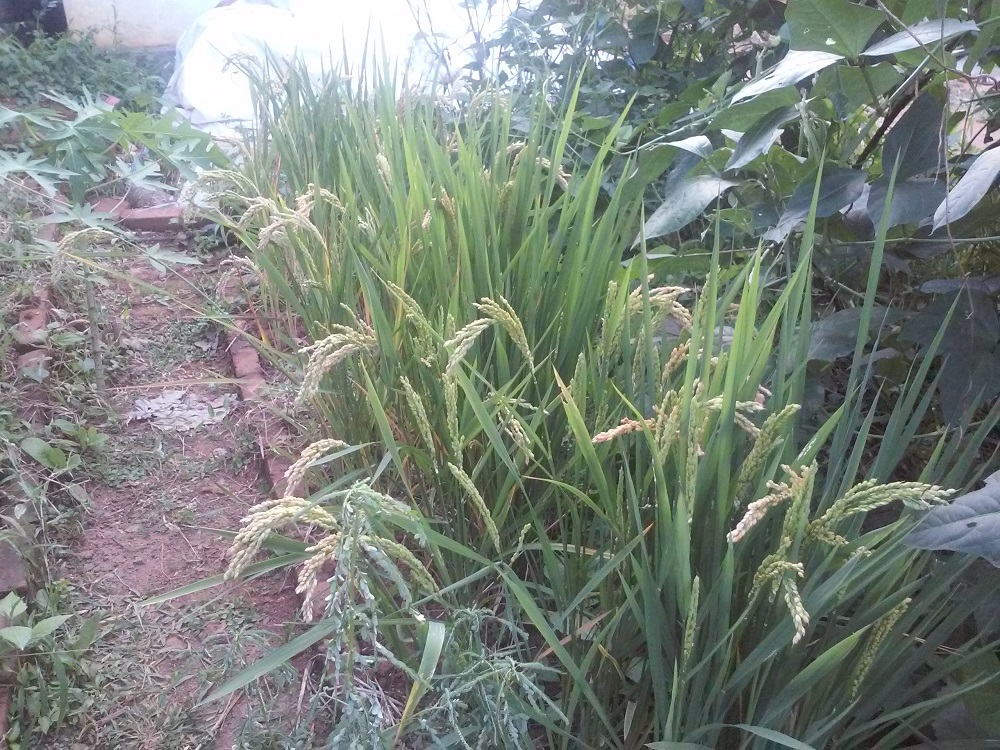 Grains are turning yellow, getting ready for harvest

Harvested a portion of the paddy....some grains are still green...some good plants with many tillers haven't flowered, may be lack of light...cowpea which was grown neaby has taken some light... 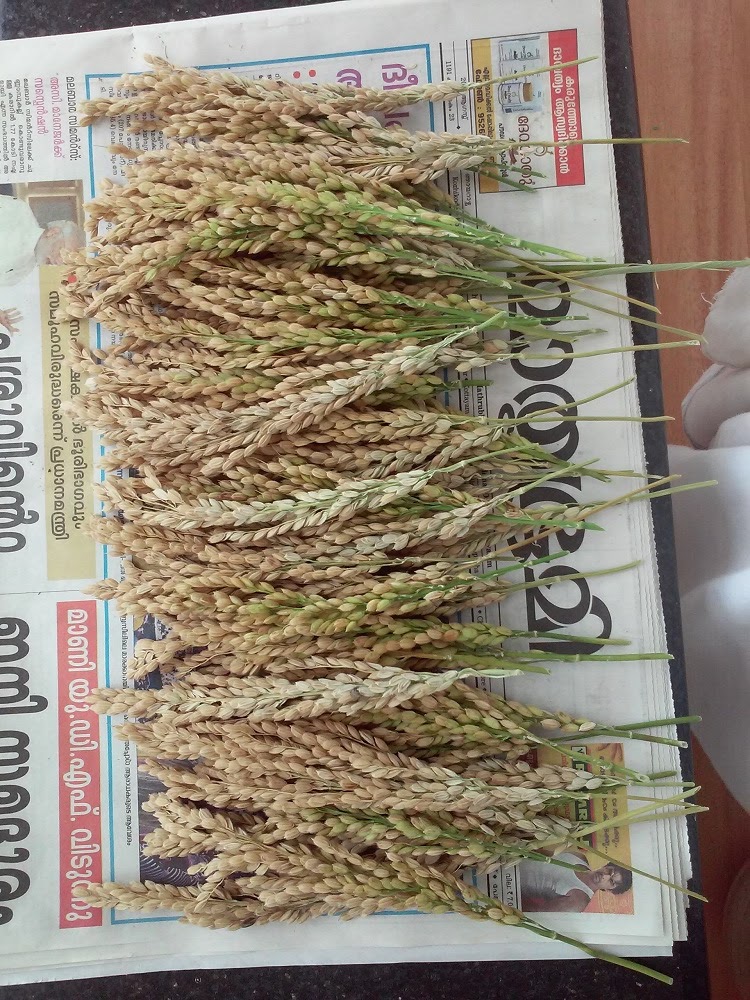 My daughter counted the grains...counted one bunch and then multiplied..70 bunches and each one containing 160..totally 11200 grains...this is not complete harvest..Total number of seeds used was around 50.

Posted by Nandakumar at 7:58 AM

can I have some seeds please.

Sure, can send you 10 seeds in a weeks time. Please send your address to p_k_nandanan@yahoo.com. You have to update me on the progress and also return 20 seeds when you harvest the rice.

looks like sticky rice the east asians use... have you tried these?

I have received the seed and sown the same. But I could not get a single plant. bad luck. However thanq u once again.

No, I haven't eaten Happy hill rice...next time, may be will put in some more bigger area and try it out.

Dear Challa onkareswararao - don't worry, I have more seeds, can send you some more by next season. I just put 10 seeds in wet cloth, just to see if they germinate, and they have germinated, so seeds viability is not lost. Earlier, I had faced this problem, after keeping them for an year, they stopped germinating.

Than Q sir for reply. awaiting for seeds. Thanks.

May I please have some seeds? I live in Australia and could not find any of these seeds.
Thanks!
Vid

I can send some seeds by April 1st week, please ping me by that time. Here is my email address- p_k_nandanan@yahoo.com

Hi Nandan,
I have sent you an email on the above email address.
Cheers!

Yes Vid, got that mail and responded back.

Hi. Do you still have any seeds available?

I still have some seeds, but they don't germinate anymore. I am looking for some more samples or trying to find a way to germinate old seeds.

Hi,
I’d love to try growing Happy Hill rice here in Florida. Have you had any luck getting the old seed to germinate?

No, old happy hill rice seeds are not germinating now. I am also trying to get these seeds once again.

Nandan,
You sent me seeds in 2016. Thank you. My first few attempts were unsuccessful, but I planted the last 5 seeds at my new farm, and they are getting close to harvest time. Of course I will send some back to you!
I just posted pictures of the rice plants on www.facebook.com/wildchildgardens

Hope you & yours are well. Let me know if you'd like some other seeds as well.
Thanks again,
Maria

Just located your emails.
...so happy and excited to hear this, what a wonderful person you are......has been looking for these seeds now with so many peoples and couldn't find it. I had sent these seeds to atleast 20 people around the world, and you are the only person having this.

Would wait for your harvest