Two days back visited Sajeevan, a zero budget natural farmer in Vettukad,Trichur. He has been cultivating Kuruva variety of rice which is becoming famous now a days, so wanted to try this in my no-till area. Kuruva is a traditional variety with 130 days duration and reaches to a height of 3.5-4 feet height and has got good tillering capacity and has got a yield of 1500-1800Kgs per acre.

First went to his house and it was nice to see a typical farmer house. They have cows,goats,ducks and chicken. Later went to his paddy field and 4 women were harvesting Kuruva rice. It was his mother, wife's mother,aunt and sister, it was nice to see that all family were involved in the harvest so that nobody from outside had to be hired. He had done this rice in the 2nd season and had started in October, till January they get water. He normally used to apply Jeevamirtham, but this time because of heavy rain, even that was not done, still the yield was reasonable. He also cultivates a variety of cowpea on the bunds which yield well, collected a few seeds from this also. He cultivates another rice variety which is a black rice called Kakisala, this flowers in November and is an upland rice.

Sajeevan is not a full time farmer, he works in milks society, but he says, it is better to cultivate food for his family requirements and only surplus is sold. Basically the focus is to cultivate for his own need, he says, selling is not easy and it always results in loss, so why struggle to sell. 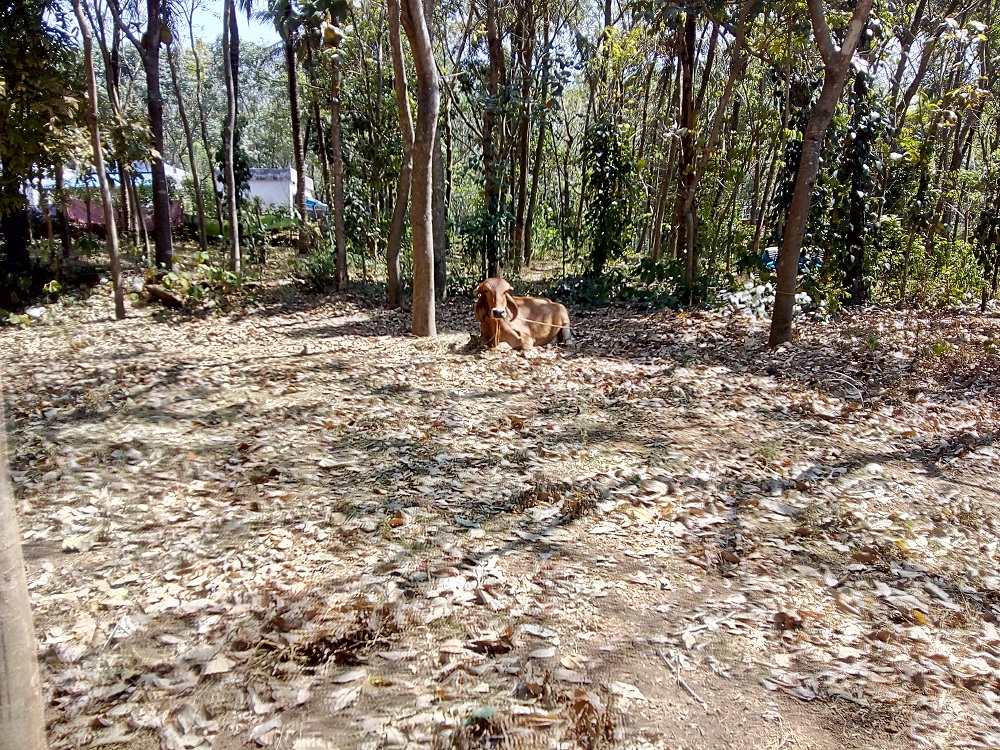 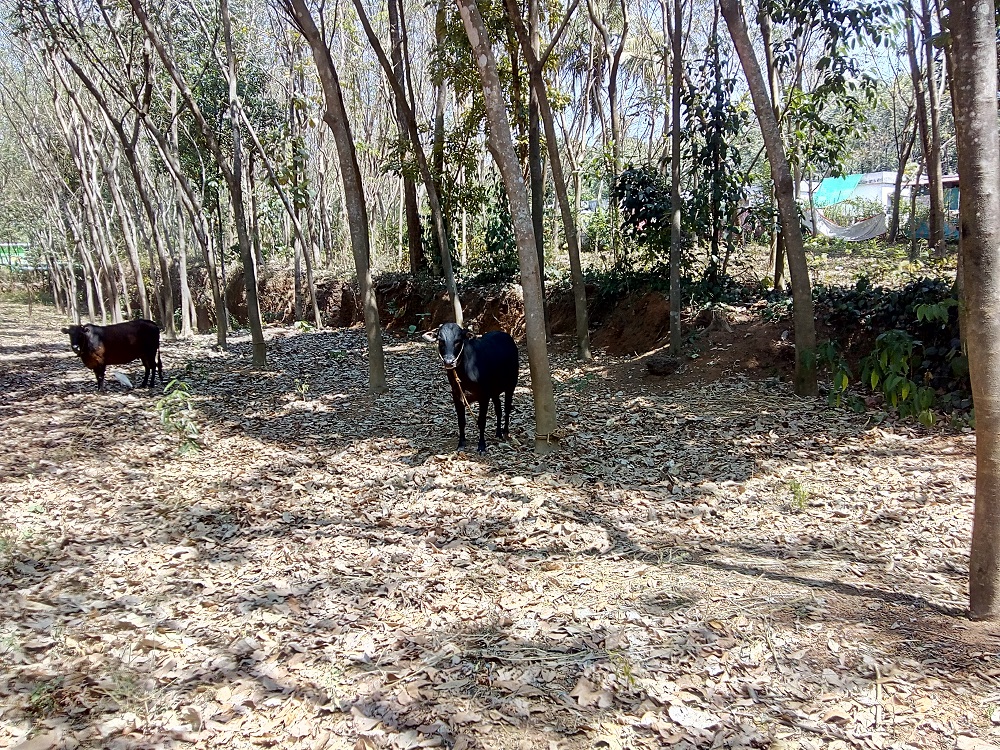 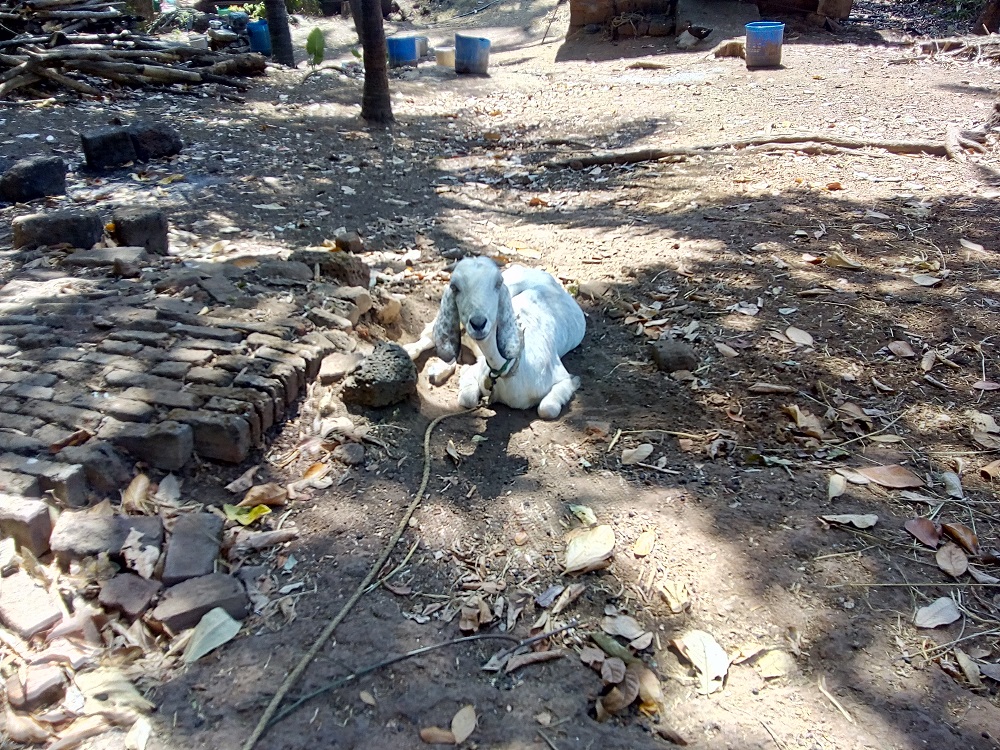 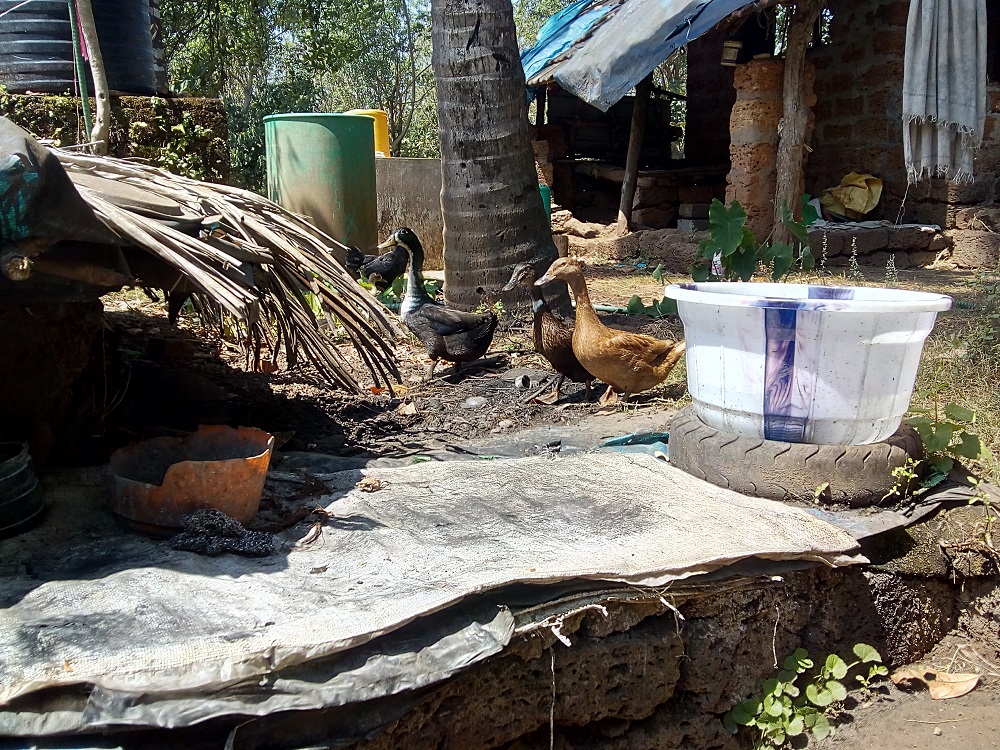 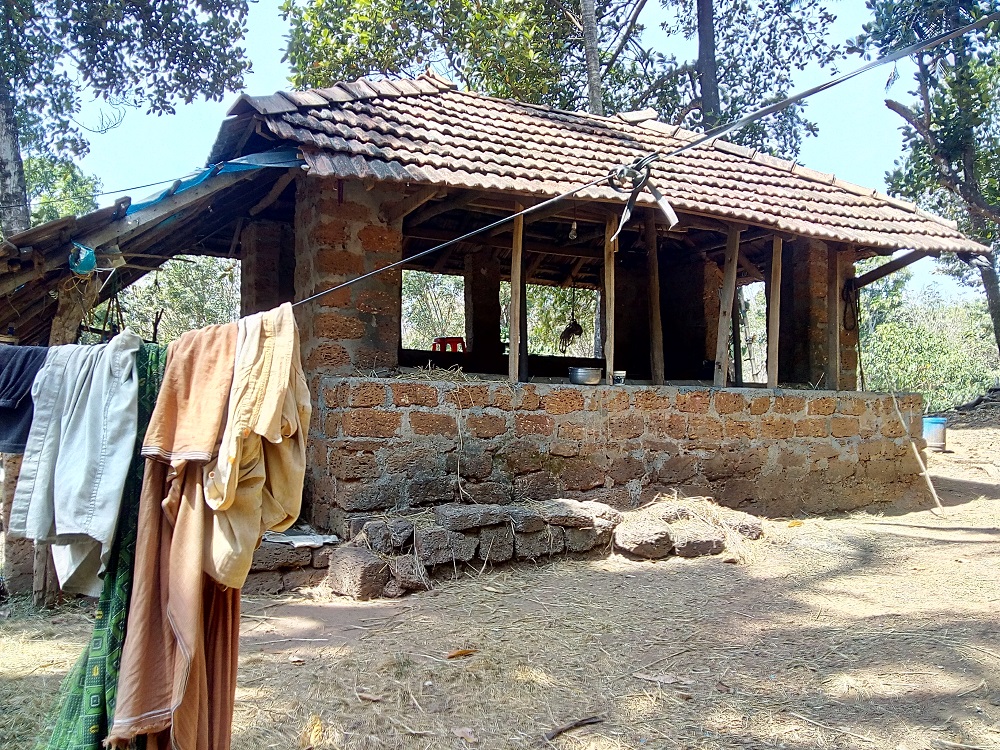 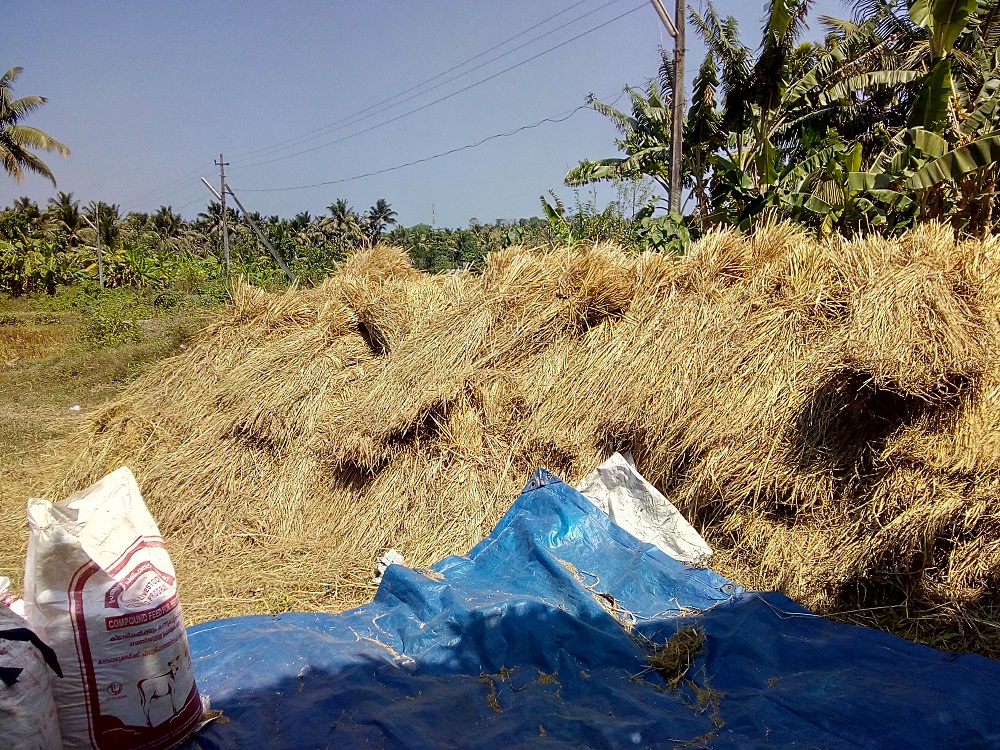 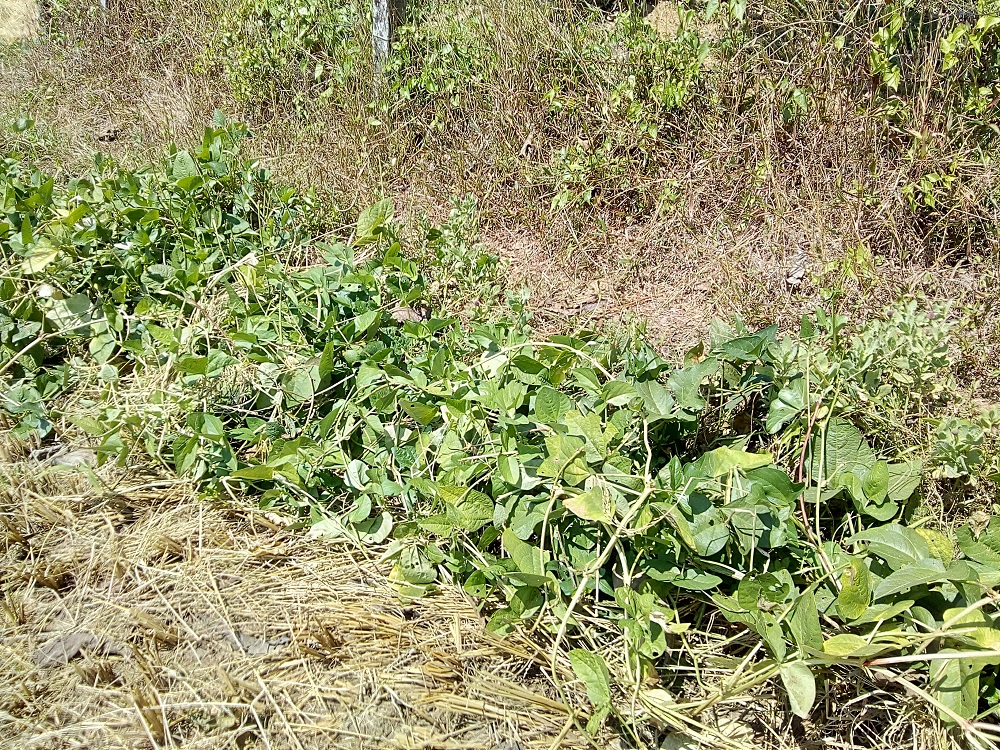 Local variety of high yielding cowpea on the bunds 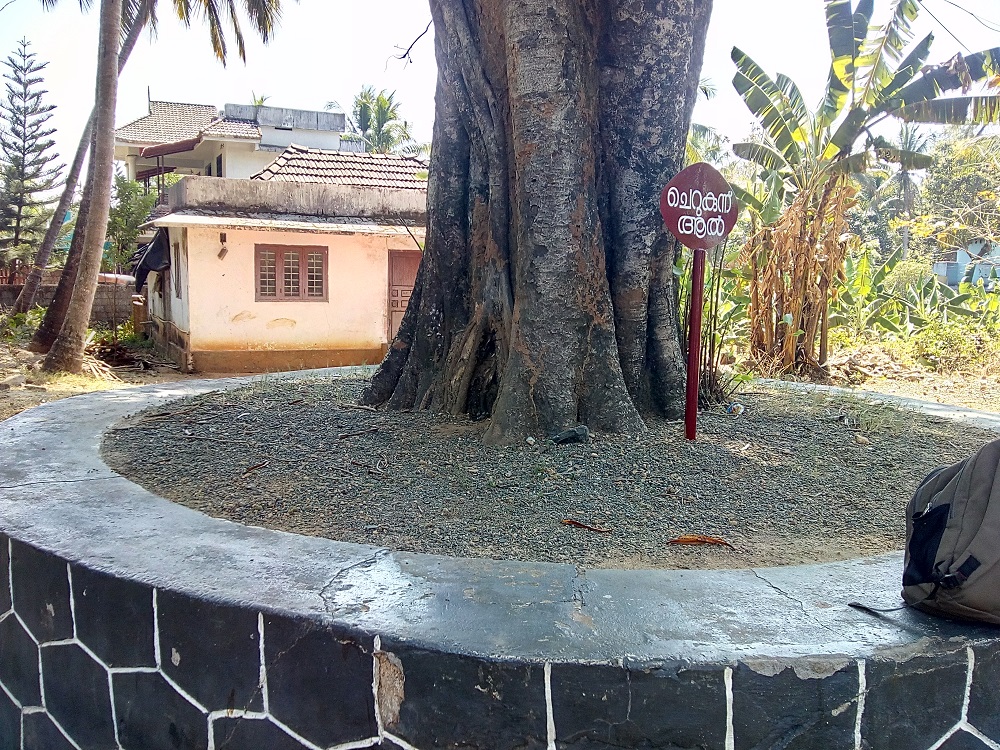 A bus stop near Sajeevan's house

Posted by Nandakumar at 9:05 PM