Recently a malayalam magazine called Harithabhoomi gave details of some traditional varieties and one of it was 'Kunjukunju' cultivated in some parts of Idukki district and earlier it was cultivated in Palakkad district also. I mentioned this name to some of the elders in my area, they remember this rice being cultivated and it was very tasty rice with 90 days of duration and yield also was good.

Like many other varieties, it also disappeared when local agriculture offices started distributing the seeds of HYVs and farmers stopped keeping the seeds. But for some farmers like Soman of Kaliyar, Muvattupuzha, no other rice could give the same taste and they keep cultivating this rice for many years. It is resistant to diseases, and if it rains during flowering, causes no problem.

Visited this farmer and collected 3Kgs of seeds from him, to try it out in our area.His paddy fields are beautiful at the foot hills of a mountain. It seems earlier this mountain had many tall trees and people cut all the trees and started cultivating rubber, coconut and other crops. Earlier the forest had elephant, tiger and many other animals, with the deforestation now all these animals receded to other forests.

My attraction for this variety is its taste, short duration, good tillering, resistance to diseases and climate. The magazine mentions that according to old people, it was developed by some farmer, by using two varieties. This indicates may be this is not a very old variety.

My tributes to the great unknown farmer who had developed this tasty variety. 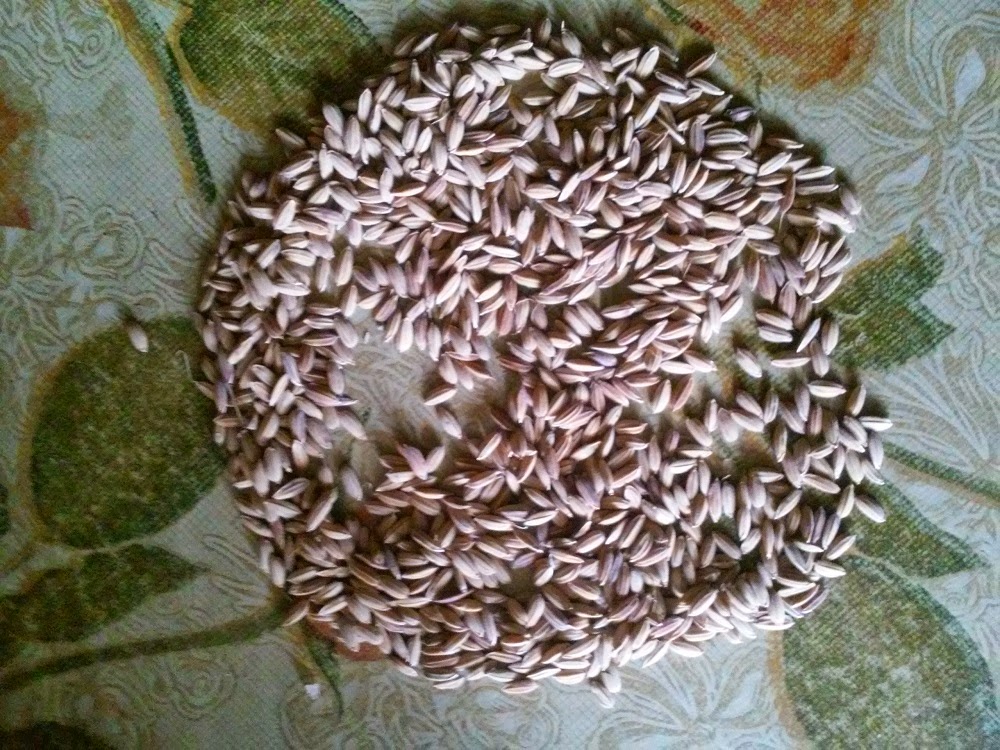 Abraham also called as 'Kunjukunju' claims that he had developed this varirty by crossing IR8 and Thavalakannan in 1967 when he was farming in Karimannur, Thodupuzha.

In 1997-1998 period Univerity had developed two varieties called 'Kunjukunju Varna' and Kunjukunju Priya', they say it was developed from the local variety obtained from Palakkad. Whether the variety available in Palakkad is same as the one developed by Abraham to be found out. To my conclusion,, it should be same, otherwise it is not possible to have the same name. Full article in Malayalam.. 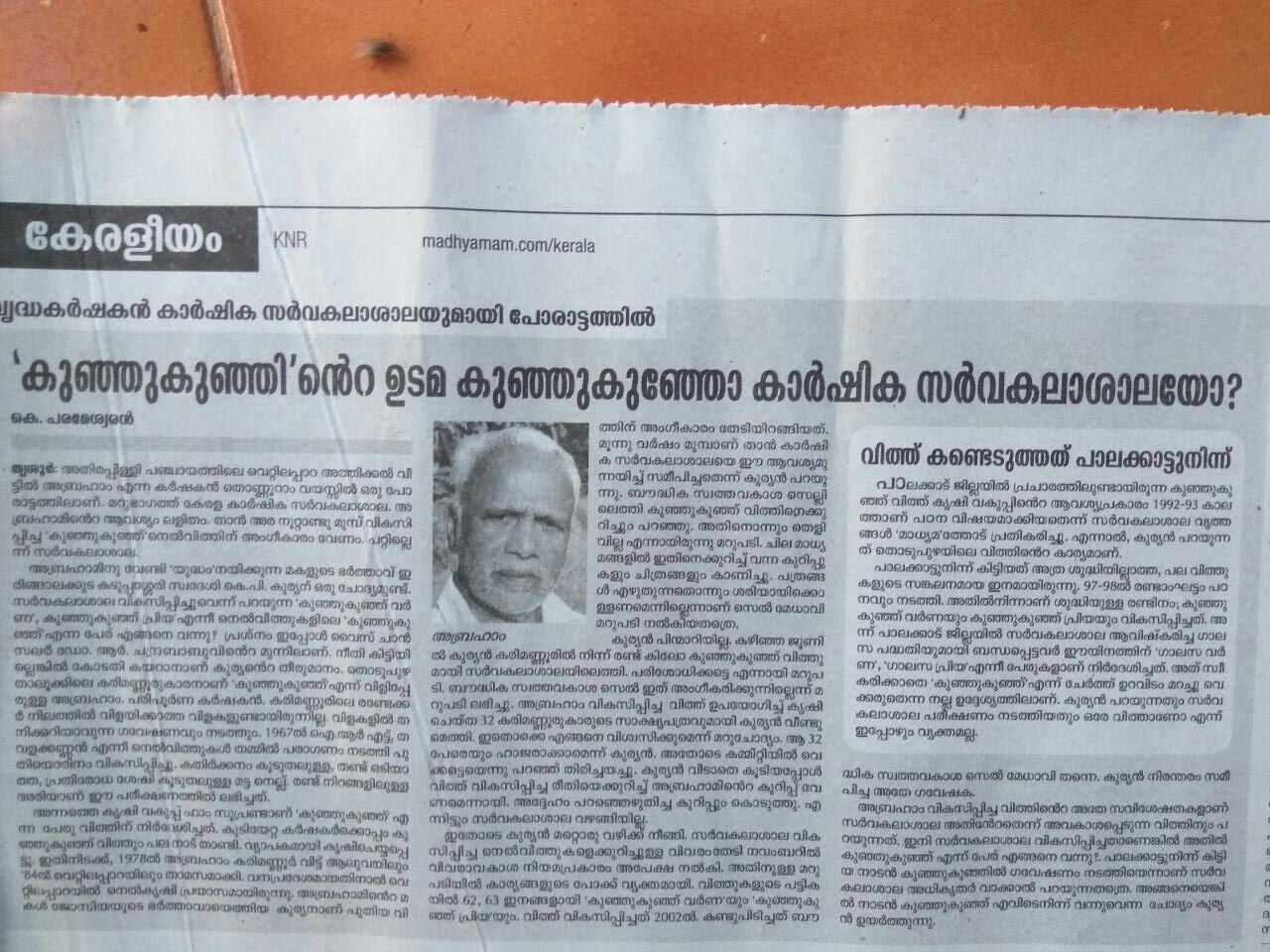 Posted by Nandakumar at 9:06 AM

during my childhood we used to cultivate a few such traditional varieties. Kunjoonju, (We were not calling it kunjukunju), ittikandappan, kochumundon (or kootumundon.. I don't remember exactly), mundon... these were tastey... I mean real tastey. Even jyothi which is a hybrid variety from early 60's is good in taste. Later the cultivation turned to other hybrids... IR8, pattambi, etc. Now a days Uma, Jaya, D1 etc. These varieties give good yield, but the taste is nowhere comparable to the ones mentioned earlier. I am in search of such old varieties...

just one more thing... the seeds in the picture is exactly kunjoonju.

Hello after a long time. Hope you are doing great.
Appreciate if you could send me the contact number of the person from Kaliyar for kunjoonju vith.
I had been away for a while and I lost my contact details.
Thanks,
Subith

Hello after a long time. Hope you are doing great.
Appreciate if you could send me the contact number of the person from Kaliyar for kunjoonju vith.
I had been away for a while and I lost my contact details.
Thanks,
Subith

Nice to hear from you Subith. Please send me an email at p_k_nandanan@yahoo.com, can share you the contact details of person from Kaliyar.