After many failures with natural farming paddy experiment, I am doing regular tilled organic paddy cultivation. But this year onward, one small portion of land is dedicated for no-till Fukuoka style paddy cultivation.

In the last season, I had cultivated rice in this area and afterwards grown cowpea. Cowpea was grazed by cows and nothing much was left towards the last. I cut the existing grass using scythe and wanted to sow rice seeds in a row so that weeding if required can be easily done. But sowing seeds in straight line was difficult since I had to bend a lot for this, which I don't like, so left that and broadcasted seeds in normal fashion. While broadcasting I was walking in a line and putting seeds, just to make sure that all area was uniformly covered. I should have done this with seed balls and then could have completed this sowing in peak summer so that rice seeds would have sprouted with first rain, and chances of success was much better.Will try this in the next summer.

Also wanted some cuttings of Arachis Pintoi (Wild peanut) just to see if they establish as a cover crop. 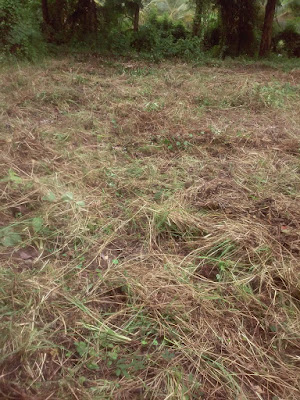 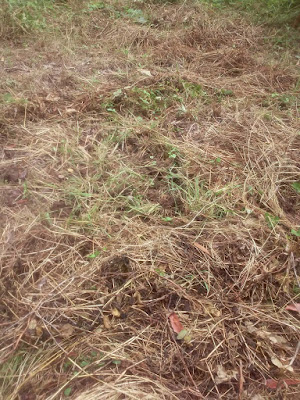 20-June-2015
Like many experiments, this also has failed, couldn't see a single rice plant, none of the seeds germinated. Has to test the germination capability of the seed used and may put some more seeds.

Posted by Nandakumar at 9:40 AM

NOT THAT KIND OF FARMER said...