Taro (called as Chembu in our local language) is very common in our area. I cultivate two varieties, in small numbers. Typically this is cultivated in raised beds or planting in pits filled with mulch. I wanted to try natural farming on this with minimal effort.

Last time I made a long pit put dried leaves under this and later planted its roots. Yield was not that good, but had some roots for making curry.  This time after harvesting just put some roots there itself without disturbing previous bed, and that is minimal work. Planting happens along with harvesting, but not sure, if we get good results. Also on the same area, cultivating again and again the same crop also is not advisable ? Only time can tell this.

This time made some pits and filled dried leaves in it and started planting roots directly. Next time after harvest, I can replant it at the same place and if it gives decent harvest, it will be taro natural farming. 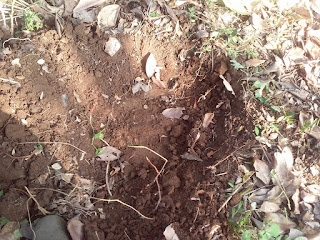 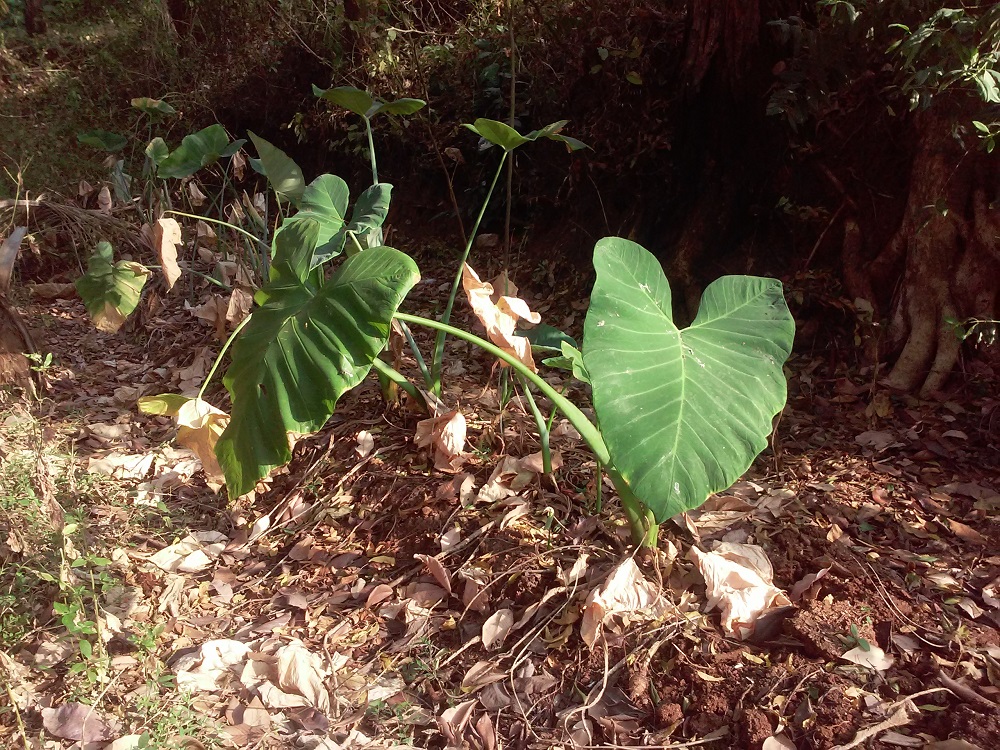 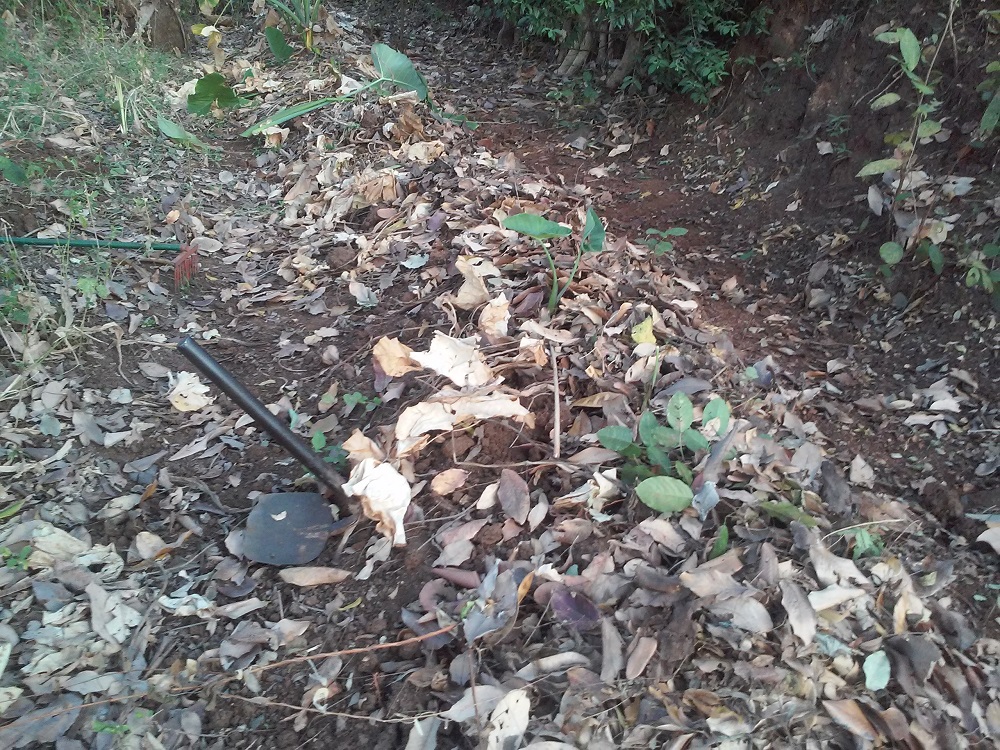 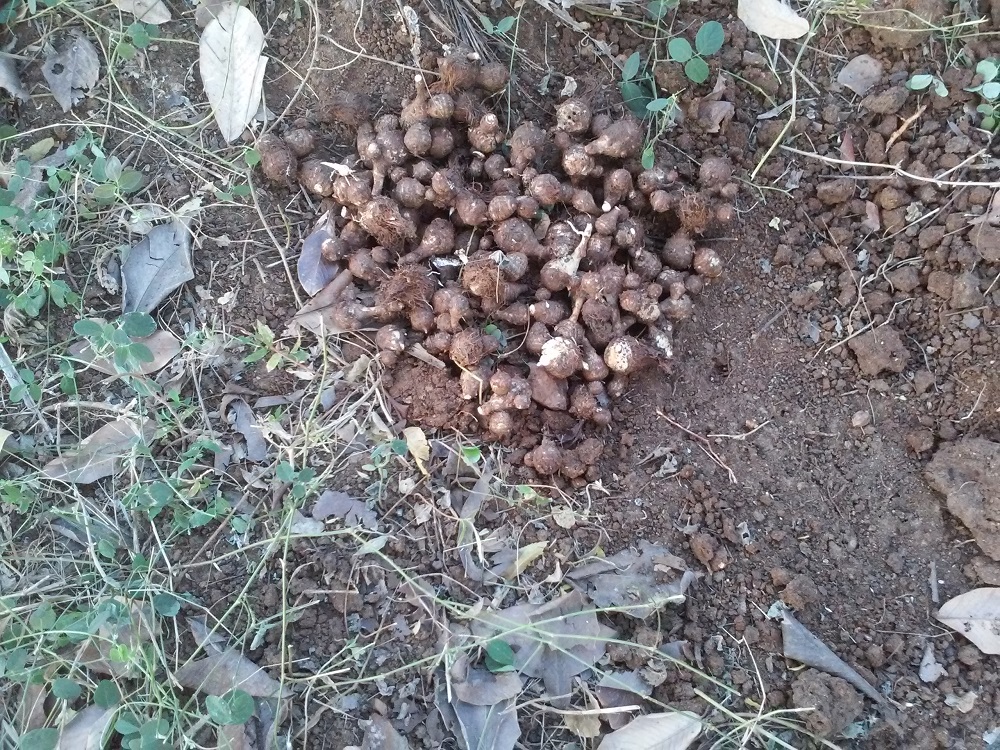 Last harvest of small variety of taro.. yield is not that good, last time it was on raised bed, now put small holes using pick-axe and put the seeds and mulched. Will add some soil after some time and mulch again. 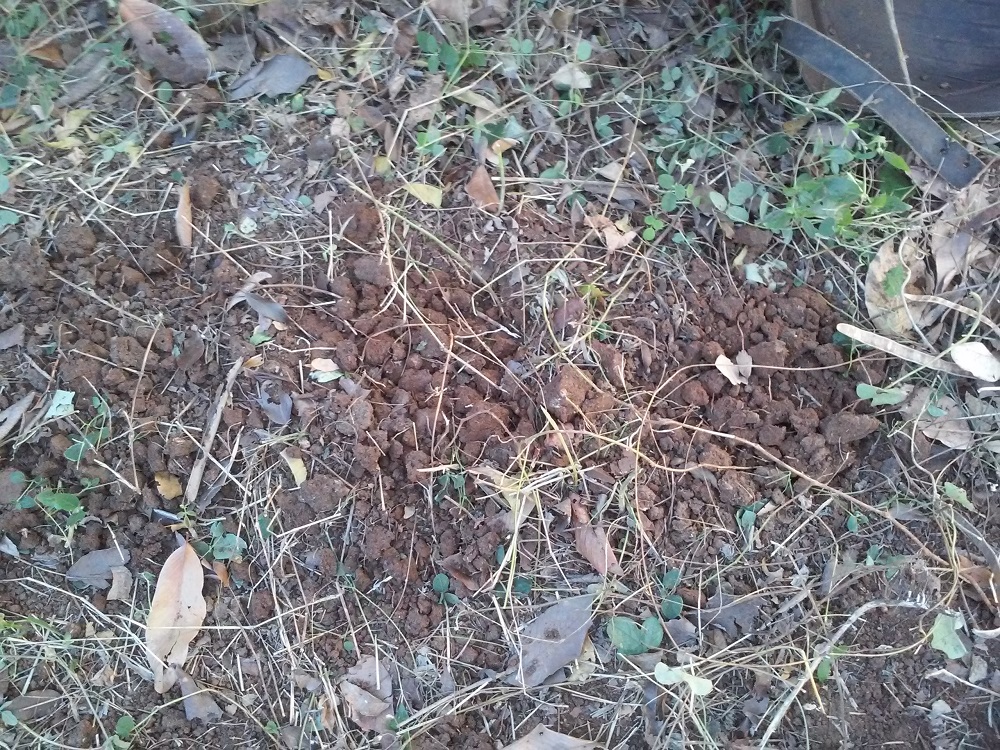 Seeds planted with minimal effort..to be seen if this become successful. Conventional type farming on raised bed need lot more effort. Existing raised bed will be reused. Cultivating same crop on the same place may not be advisable??? to be seen the result.

In Natural Farming book Fukuoka says ...As for potatoes, once these are planted in orchard, they will grow each year from the same spot, crawling vigorously along the ground to lengths of five feet or more and never giving into weeds. If just small potatoes are dug for food and some tubers always left behind, there will never be any want of seed potatoes.

The above statement is the ideal situation...hope to achieve this for taro on some day.

Posted by Nandakumar at 8:34 AM

What a delightful blog this is.

I have family in palakkad and hope to settle there one day. One thing that disturbs me is the going rate of land. 25-30 lakhs+ per acre??

How far does one need to go to find an acreage at a lower rate?

Thanks. Now a days since real estate is down, rate has reduced slightly, may be you can find at 22-23 lakhs per acre. The other cheap place is Attappadi, if you buy in large acreage you may get at 15 lakhs per acre.

With 0.25 acre you should be able to manage all the food for your family, including rice.

Hi Nanda Kumar. I remember when we were in Save ji's farm...we digged soil to plant coconut tree and everywhere we digged we found this chembu...So don't worry keep waiting and I assure you that you and your family will be bored to eat the heavily harvested roots once they start harvesting......Even Mr.Narayana Reddy's farm also there are lots of exotic variety tubers....which he plants the same way as you mentioned and he would infact give it to his trainees to propagate and share it with people....

Thanks Gowtham for this insight ....true, after some time, planting should be easy..