Recently met Vinod from Puthanchira, Thrissur in a meeting where he was presenting his tuber collections. Apparently he has a wide collection of tubers - taros, elephant foot yams,air-potato,tapioca, ginger, turmeric, kachil (malayalam name,english name to be found out). There is another tuber farmer in Wayanad called Samuel, and Vinod is a disciple of him.

I gave him the variety of taro I had, and he gave me a set of tubers in return. It is a big responsibility to preserve them, had asked him to provide only one or two, but he just gave me a number of varieties. Will be starting planting them with rain. 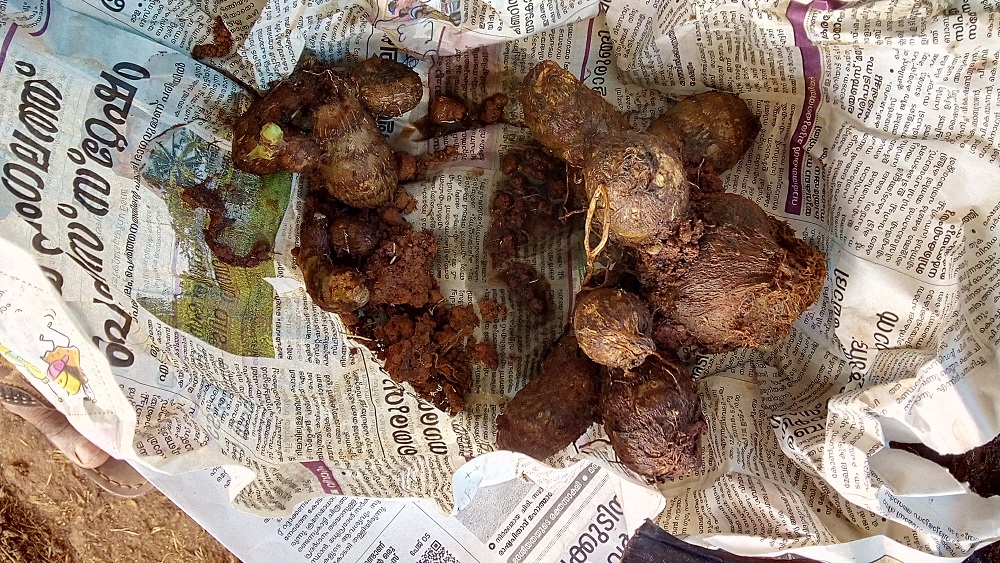 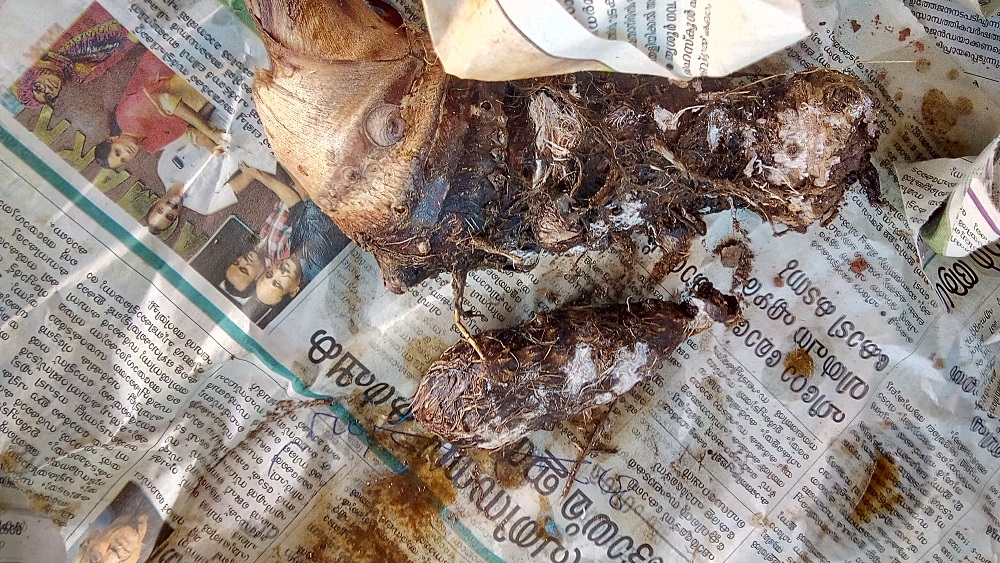 Kappa Chembu, Vinod says it can be eaten raw 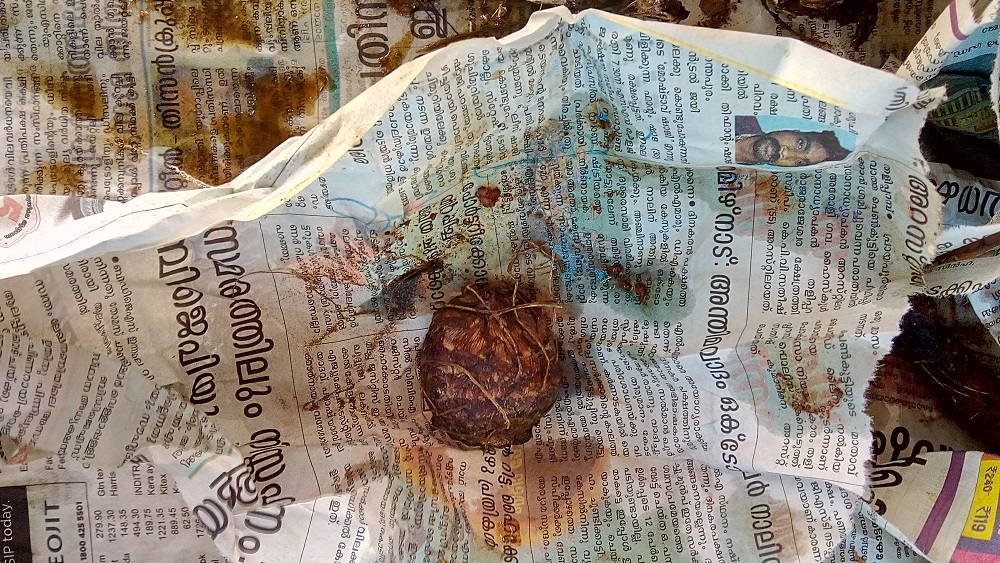 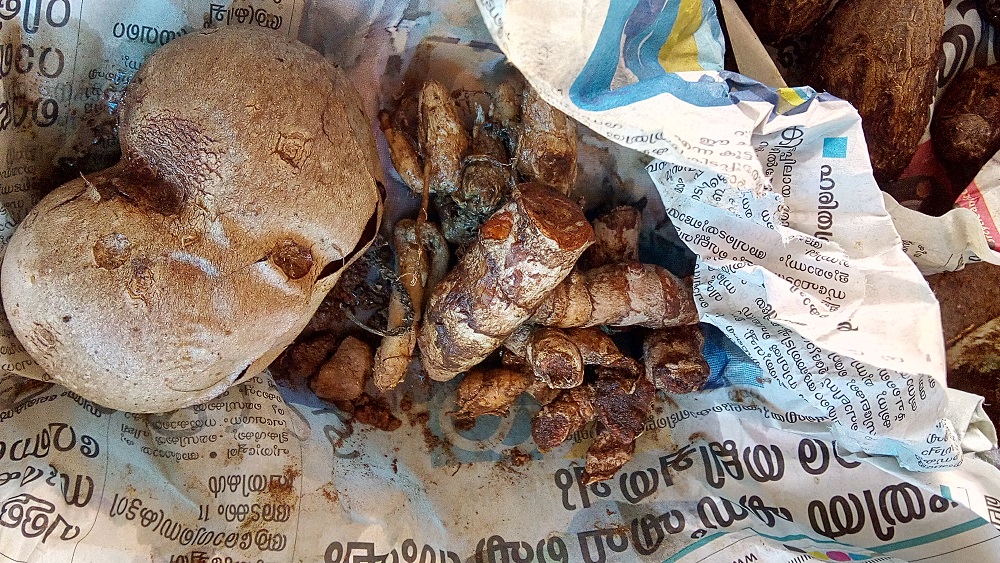 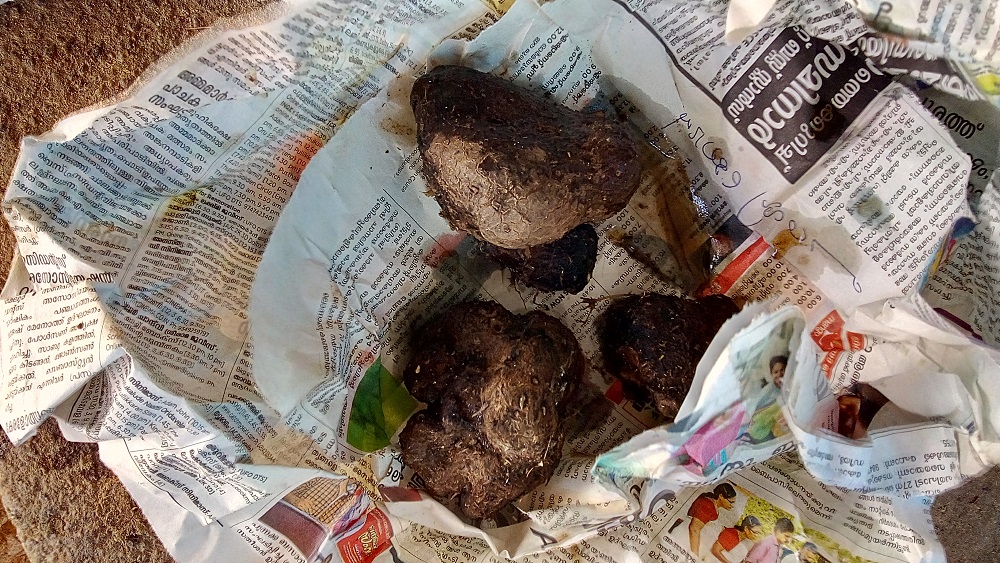 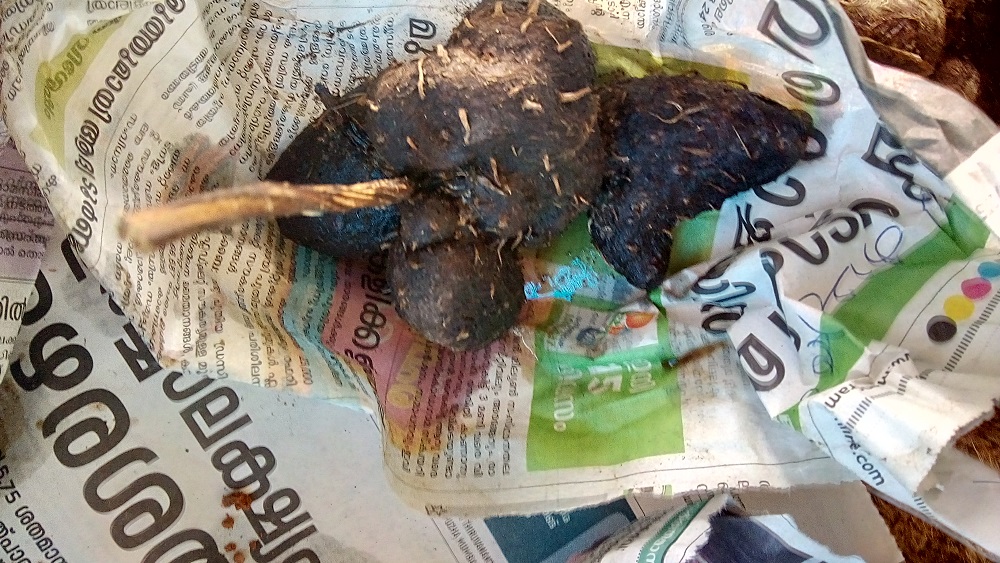 Awesome,
Thank you so much for sharing such an awesome blog...
best agricultural software supplier
agricultural account management software
software for agriculture management