Broadcasting next crop in an already existing crop

I wanted to try this in my no-till field, but since my no-till experiment is not successful, this was postponed. Now in my organic rice field which is done using ploughing, this time wanted to try this method. Anyway after the 2nd crop, typically field is left fallow, sometime I do cowpea and once tried sesame.

Finally I could not do this on right time, just 1 week before the harvest I just broadcasted 2Kgs of cowpea seeds and 0.25 Kg of sesame seeds. While lot of the cowpea seeds germinated and was not affected by the trampling by women workers during harvest. Even they told lot of the cowpea plants may get trampled, but to my surprise, I could see most of them were intact.

Going further would like to experiment with this method more, it looks to be a quite effective method. 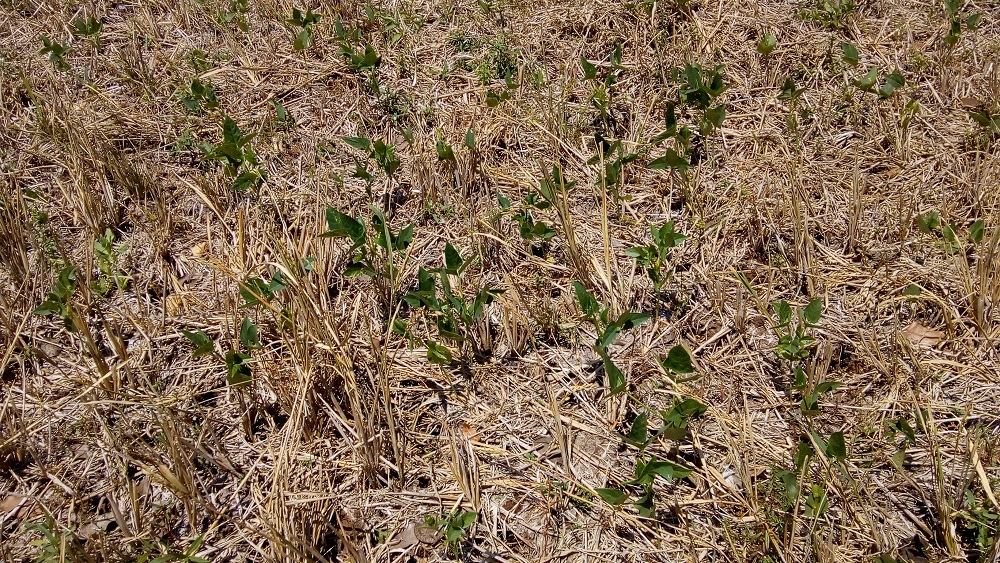 This field was not watered after that, but still cowpea is managing to survive..Also density is less, especially in the summer, it should have seeded very close so that sunslight does not evaporate the existing water in the ground.  In my backyard, cowpea starts wilting, if I don't water them daily, this cowpea understood the environment and trying to survive. 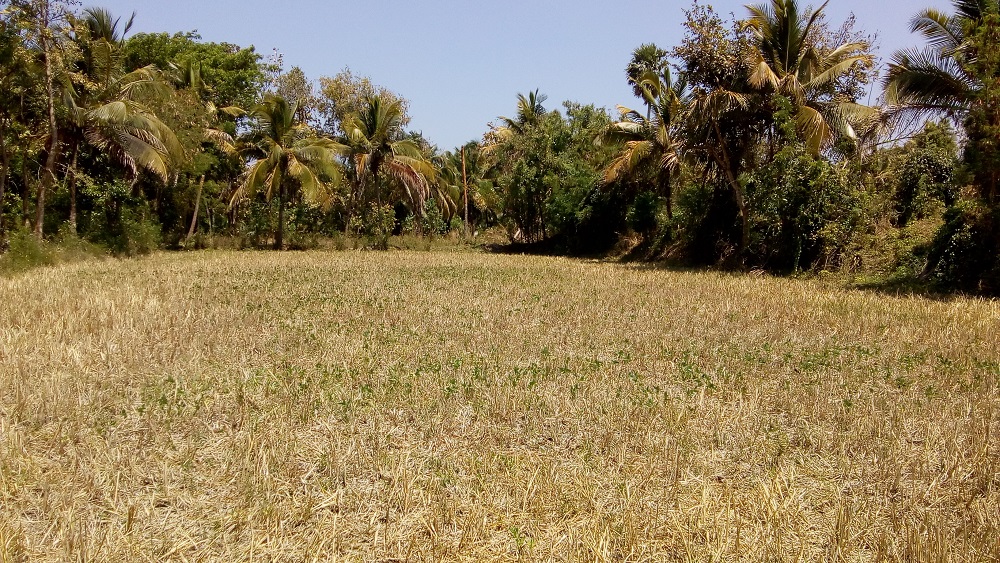 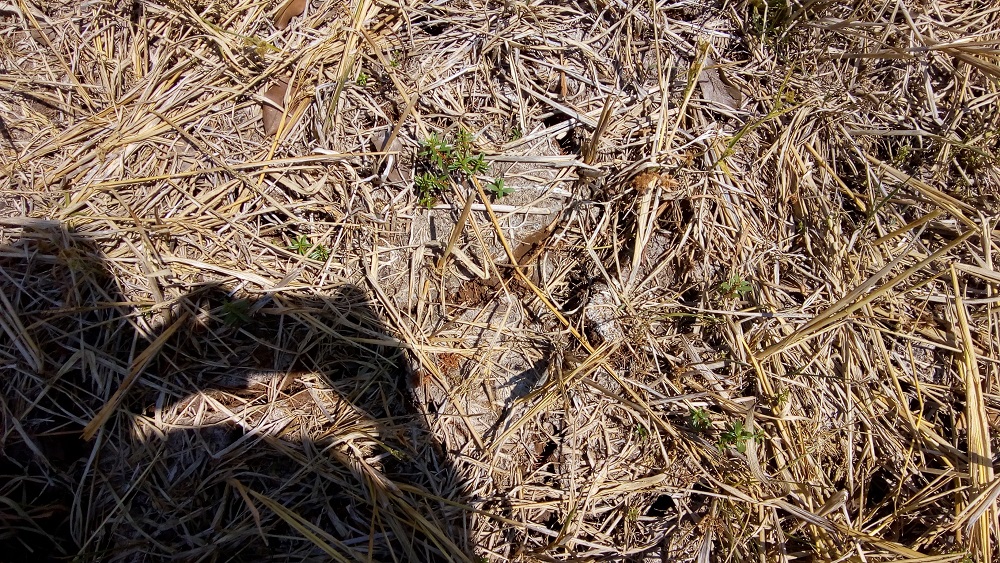 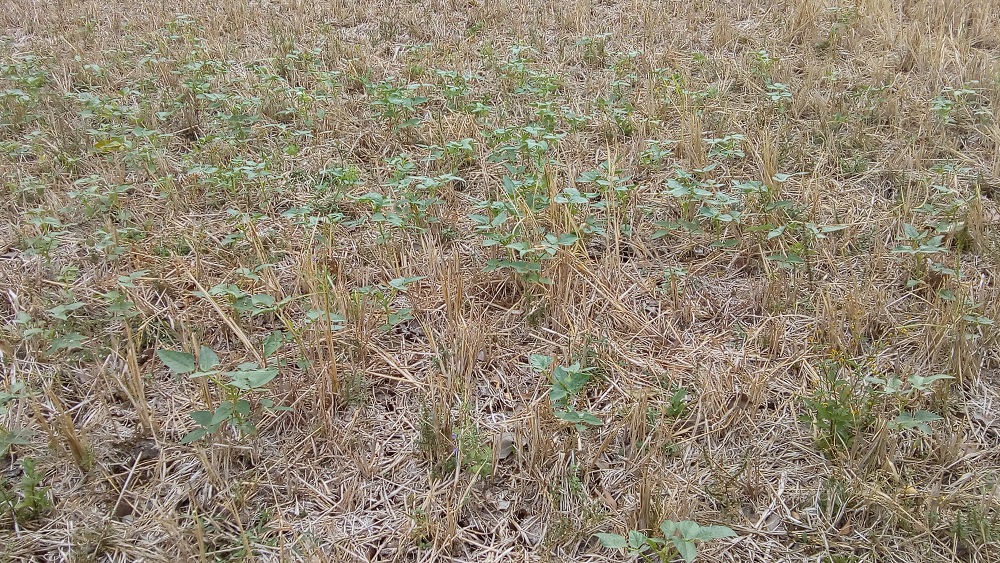 It is exciting to see the cowpea surviving heavy summer without any water, not sure how far they will go, but never expected that they will reach this stage.

Received couple of good rains, and after that again a dry period. Lot of weeds have grown after the good rain, and now some are already wilting, but hope nature keeps up the promise to them. 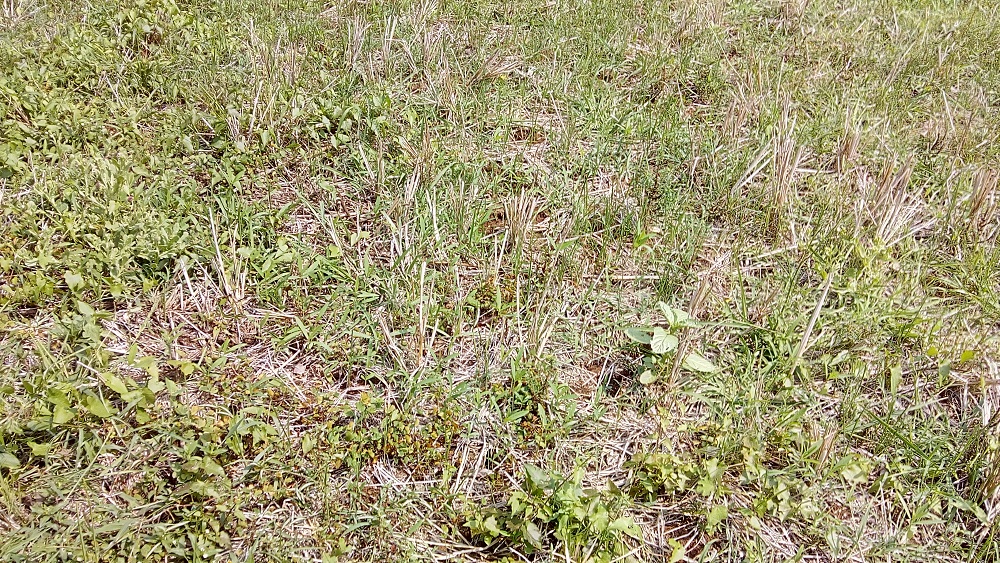 Had sown some sunhemp also, but could not water them well, and after sowing, didn't receive good rain also, so germination percentage was less. Always seeds fell on ditches and cracks germinate, since they get better moisture.

Posted by Nandakumar at 8:29 AM

Nice blog..! I really loved reading through this article. Thanks for sharing such a amazing post with us and keep blogging...
software for agriculture management
agricultural management accounting
best agricultural software supplier

could you update this part after receiving the rains in the April.

Please find the updated photos, we received couple of good rains, after that again a dry period now.