8-May-2018
Had some turmeric seeds from last harvest, since there was good summer rain, started planting them. 14 raised beds were planted, these beds were made 3 years back, after that no new beds were made, just maintaining them. While harvesting some extra care is provided so that beds are not completely disturbed, that saves lot of effort later.

Started with cutting the grass in the raised bed, then grass on the boundary is cut and put back on the beds, along with this some new soil also gets added. Collected dried leaves from the road, and then made small pits and put some cowdung and leaves and then turmeric was planted.

In two beds, pits were not made, rather just 2-3 handfuls of dried cowdung was put and then turmeric seeds were put, then applied dried leaves. But on these beds, I first removed the mulch and then cut the new grass, some were pulled out also, after planting, mulch was applied back. If these beds yield reasonably well, then next time onwards, complete planting can be done like this which saves lot of effort.

I have a new helping hand, his name is Sivan, since he works with me, the whole thing becomes much more easier. 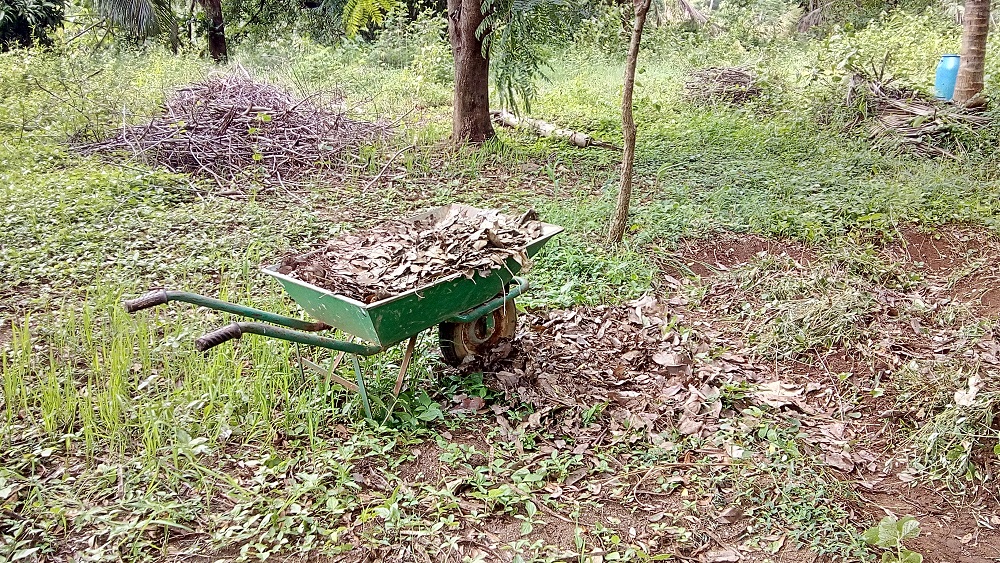 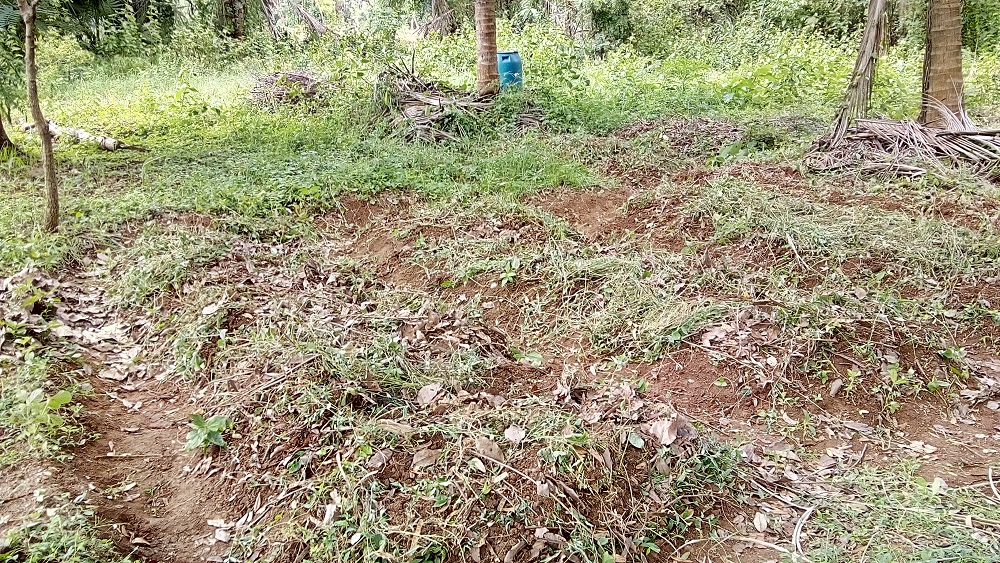 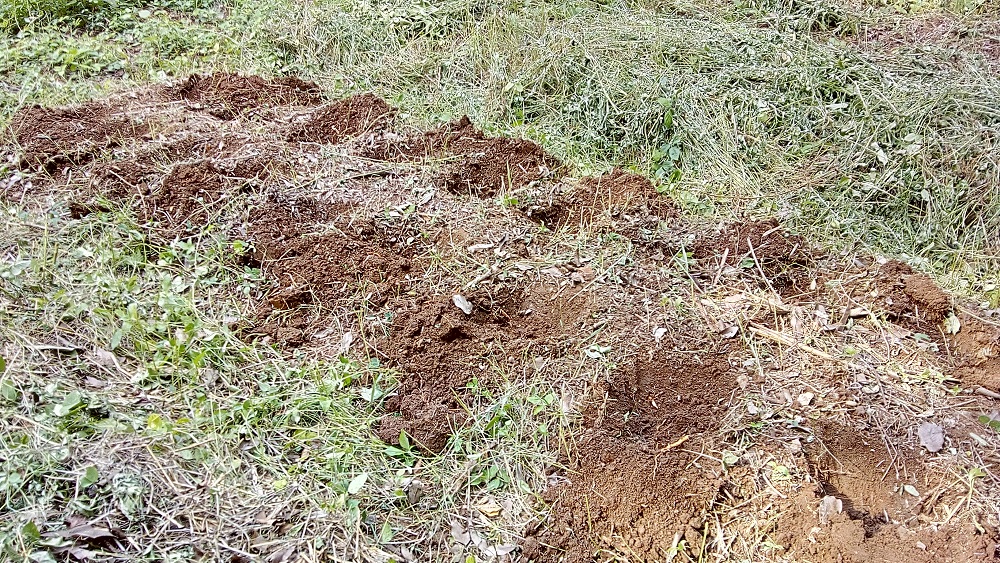 Small pits made for planting 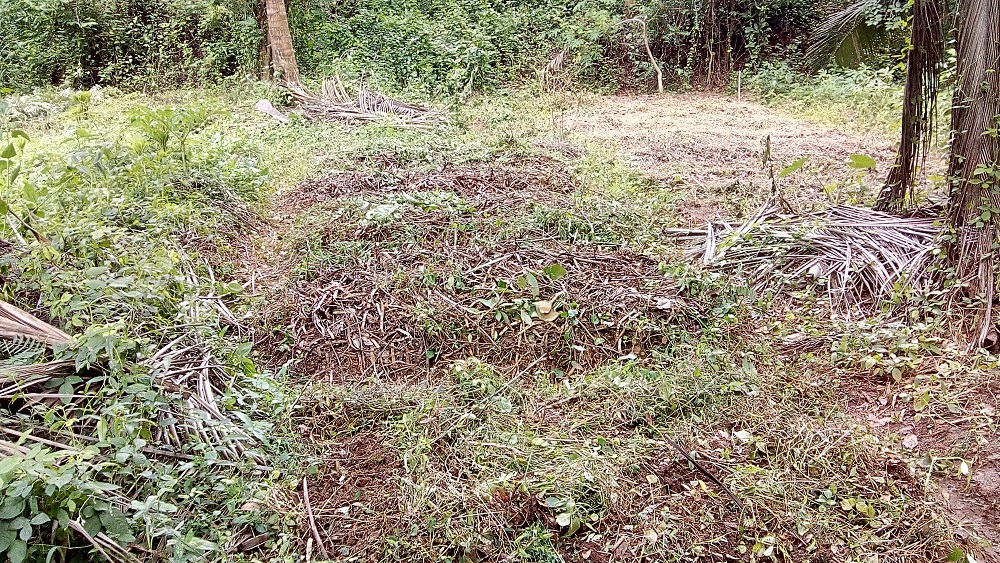 Since beds were mulched earlier, there was not much grass, but removed a few existing one so that crops starts nicely. May be weeding will be necessary in every 2 weeks till the crops are established. Planning to sow green gram in one or two fields just to see if the cover crop takes care of the weeds. 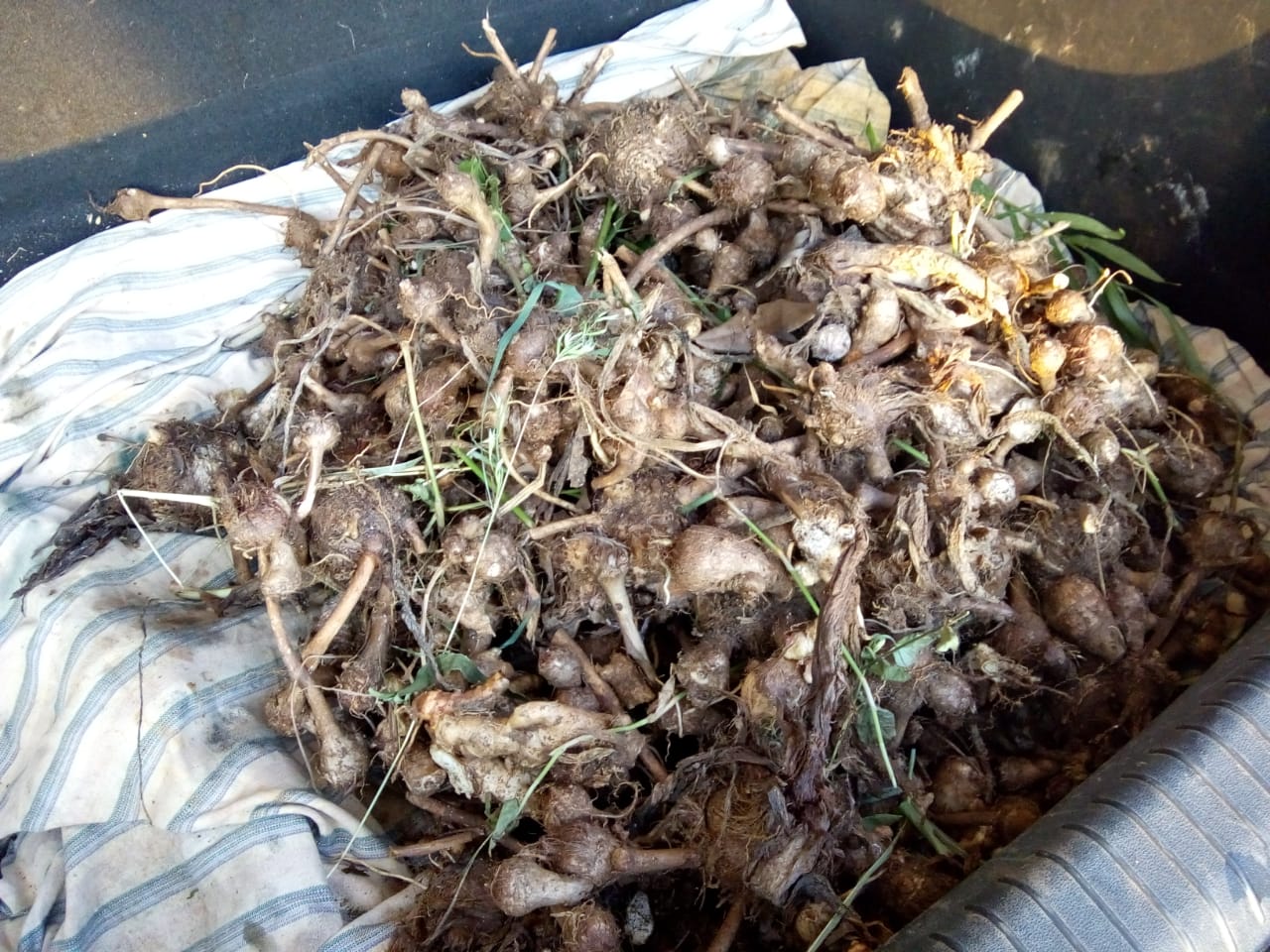 Harvested...it is reasonably OK.
Posted by Nandakumar at 6:19 AM

This time I planted turmeric without raising the bed. Last year I observed that the ones that were scattered around unknowingly gave reasonably good yield without much care. Just that once a while some dry leaves were were collected and mulched over them. Rains cause the raised beds to lose soil from top and from time to time additional work needs to be done to put soil over it again. Currently the attempt looks promising, will post the progress.

Nice to hear that you are able to grow turmeric without raised bed, true, raised bed has maintenance issue and that makes me think to just use pits with mulch, but once designated area is good since when we can keep it mulched and also grow a cover crop when needed.
Would love to hear your update.

Great Info, Your blog is very informative and interesting, your all post are amazing, keep sharing more interesting topics. Thanks Capital Gain on Sale of Agricultural Land