This year tried a turmeric crop and it was doing well so thought of analyzing what went well. One thing is that soil where this was tried was reasonably deep after years of mulching and not disturbing much. Also in this patch, distance between fingers were almost a foot and this was suggested by worker, he always tell if there is good distance it is better. 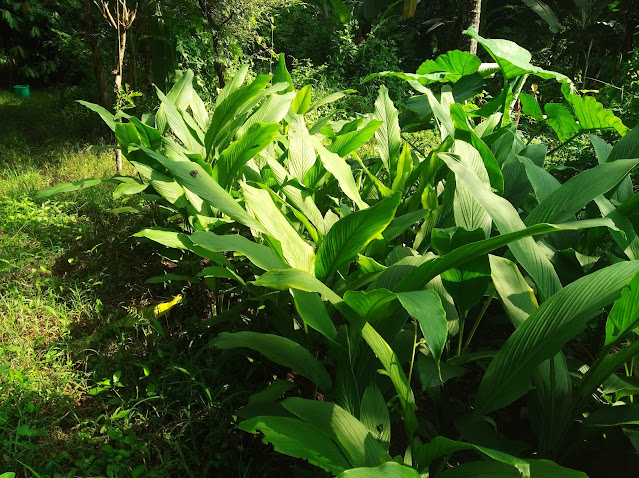 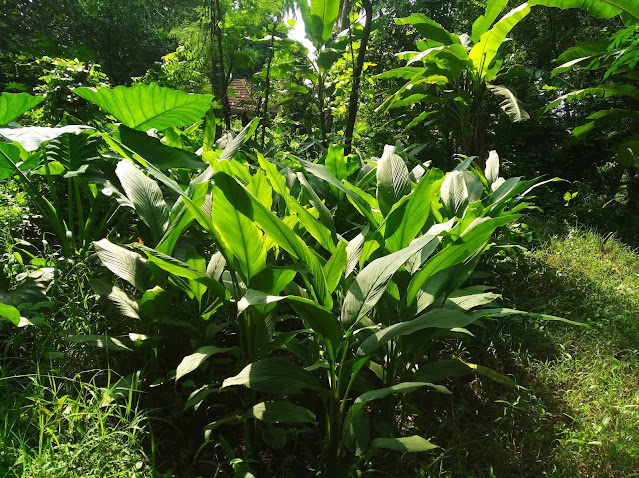 Also after couple of months, this was weeded and compost was applied and soil put over this compost and then mulched with fodder grass which decomposes very slowly hence soil cover was there.

Posted by Nandakumar at 8:02 AM