I have been experimenting with a few cover crops..recently added Desmodium Scorpiurus and Araches Pintoi. Desmodium Scorpiurus was spotted on the road sides and could see that they are establishing nicely in some areas and even though it is a creeper does not climb on to other plants. So thought this will be a good cover crop for rice and also at the coconut, banana area. If there is no competition they creep along the ground, but if there are other plants and if there is a competition for sunlight, they rise to around 1 to 1.5 feet. Its seeds are sticky and gets transported to other areas. Here is one photo where it is establishing in one area of the farm. I haven't seen this being used as a cover crop, but hoping it will do the purpose. If any one knows about this plant, please get back. 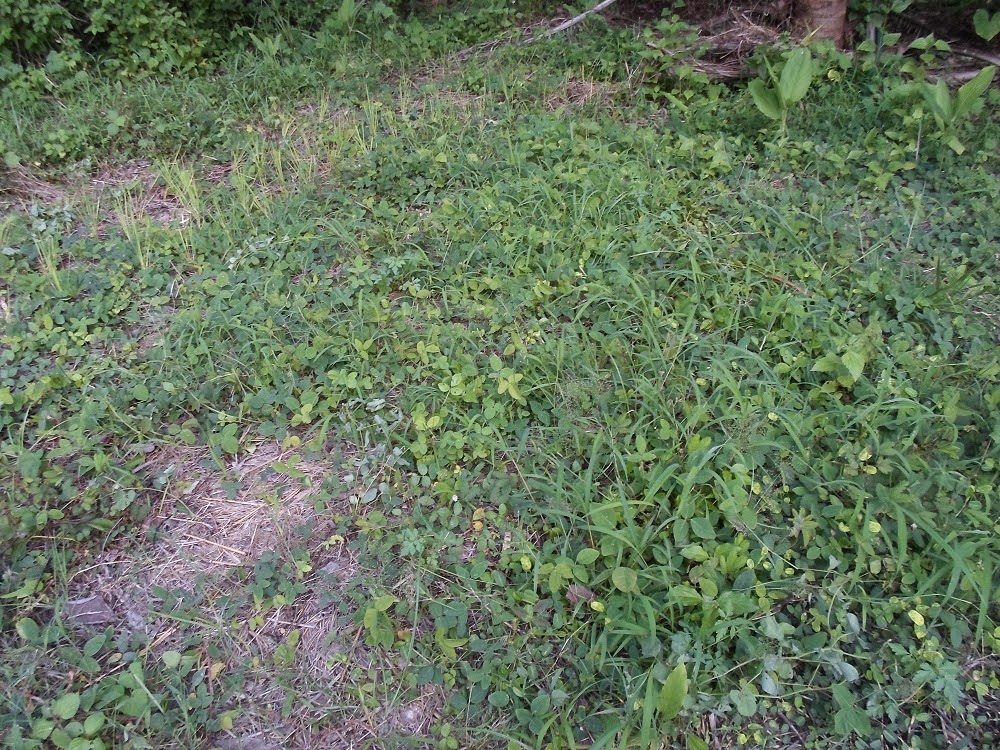 Another one is Arachis Pintoi and this one was seen in the lawn of some houses and later found that it is actually used as a cover crop. I could find it in local nursery and last year put 3 plants in the farm in the rainy season and all had survived the peak summer. This year cut some of them and propagated it and they are coming up. Not sure, if they compete well with local grass, they are less than one feet height. If successful will use this as a cover crop for my no-till rice experiment and hence establishing this in one small area of the farm. It looks similar to peanut plant and has 4 leaves in one stem. 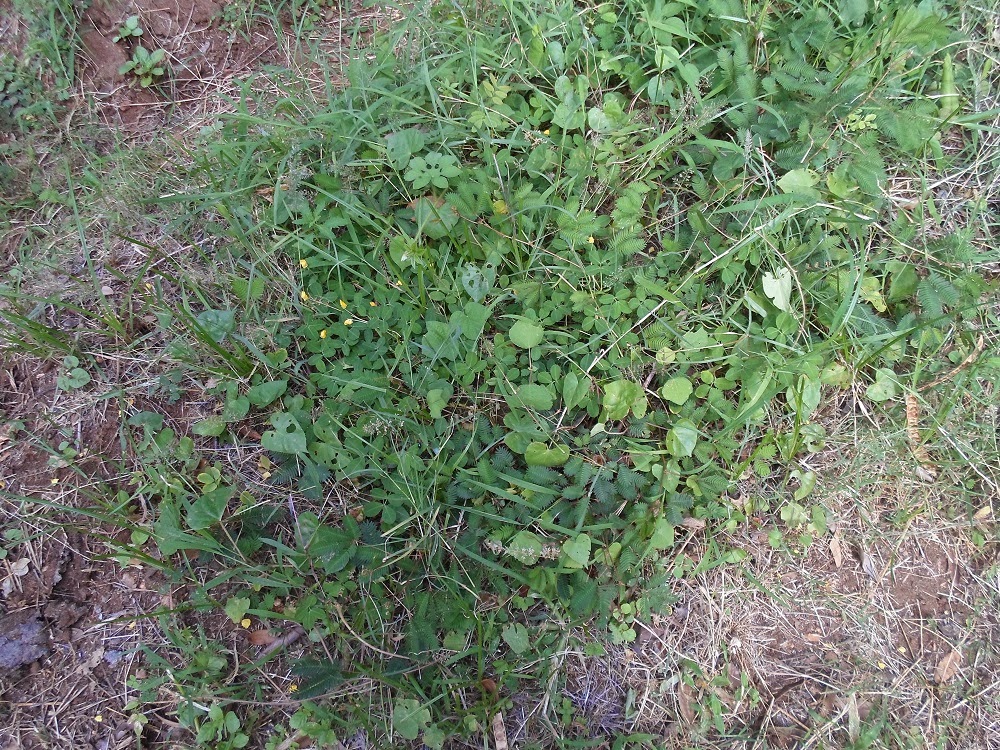 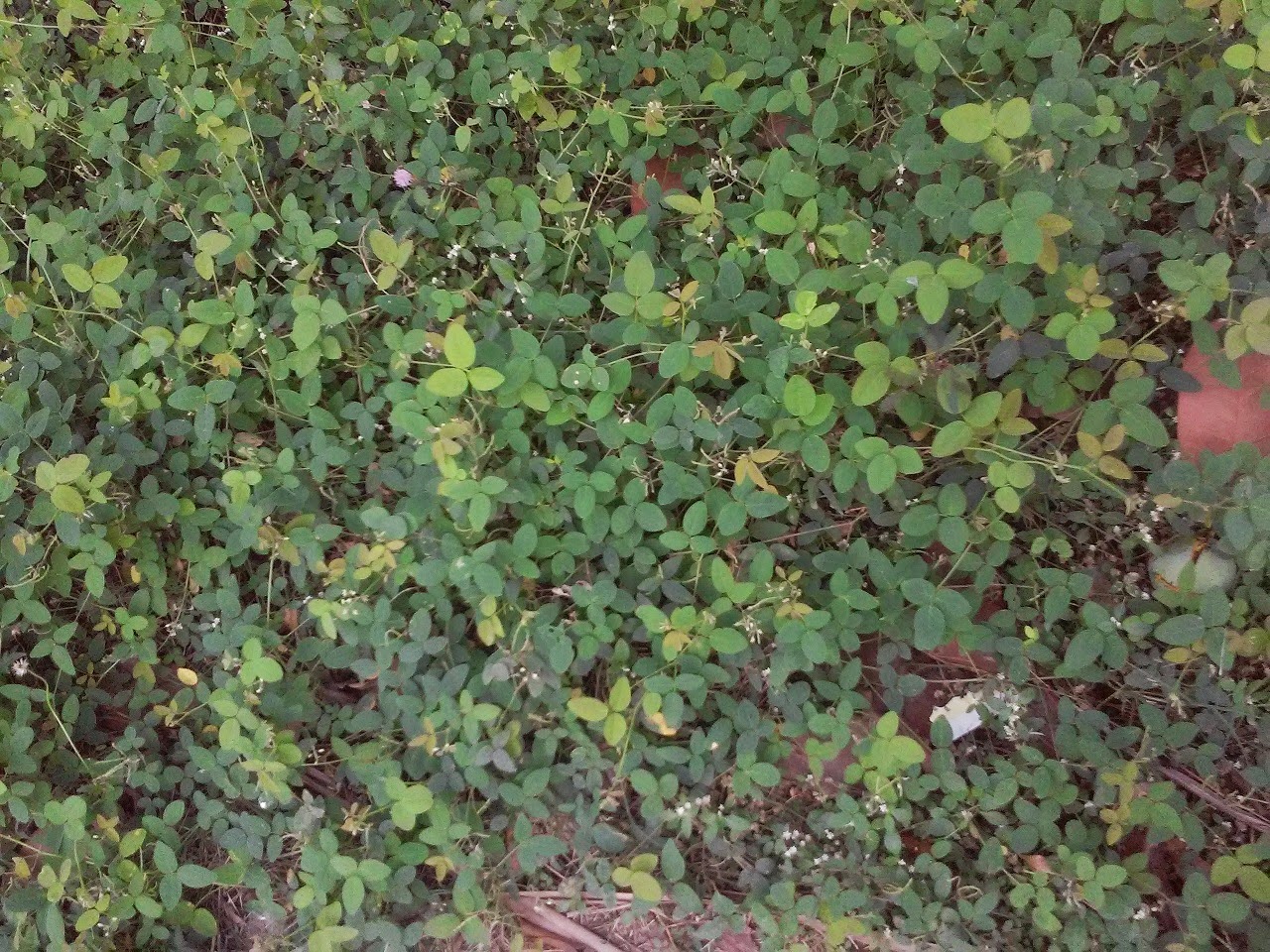 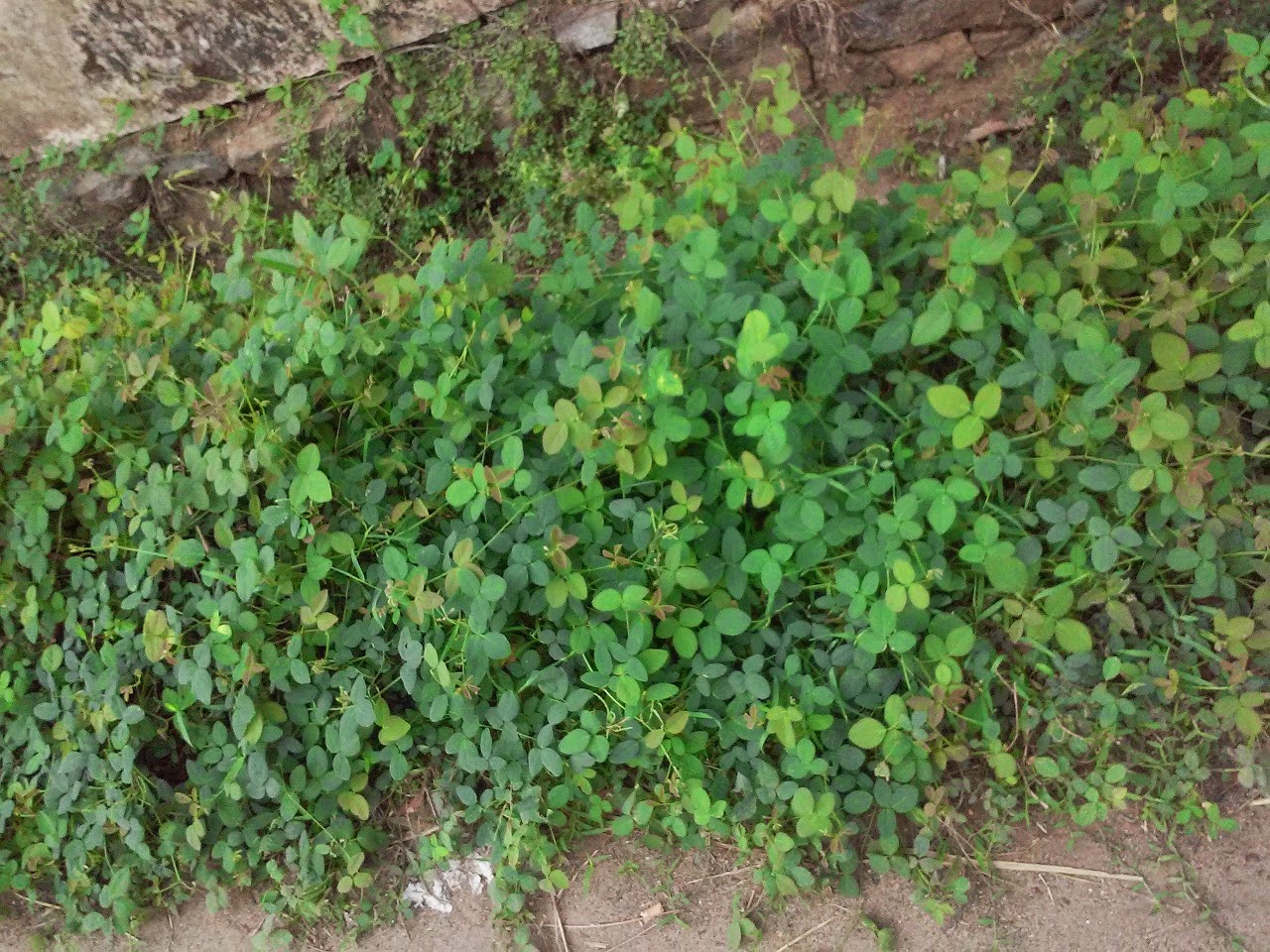 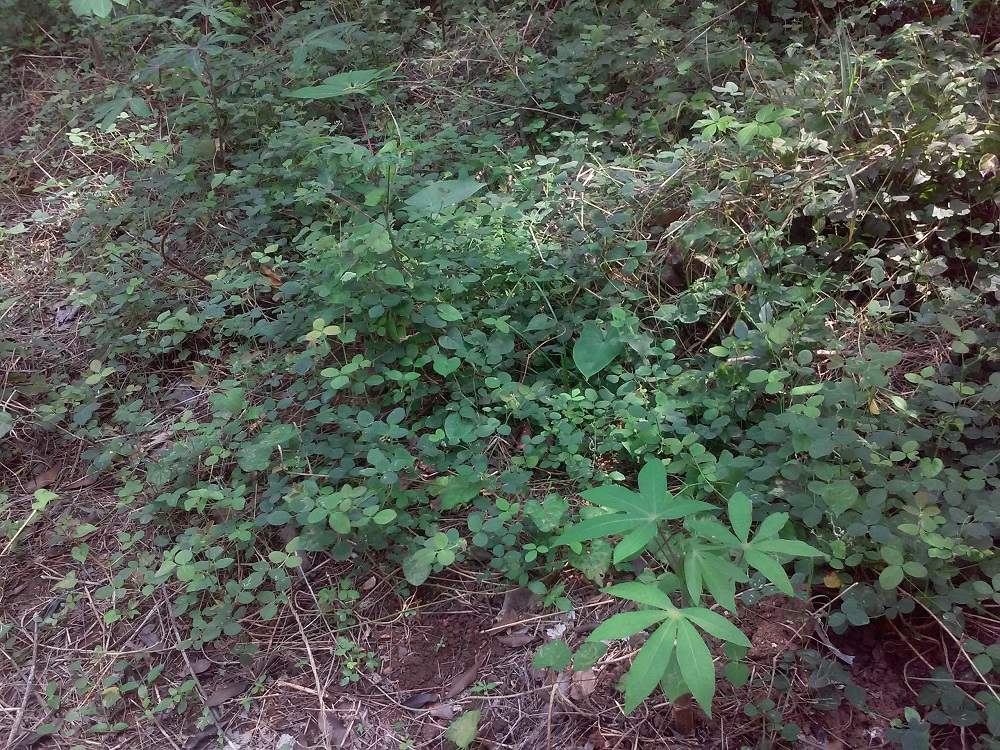 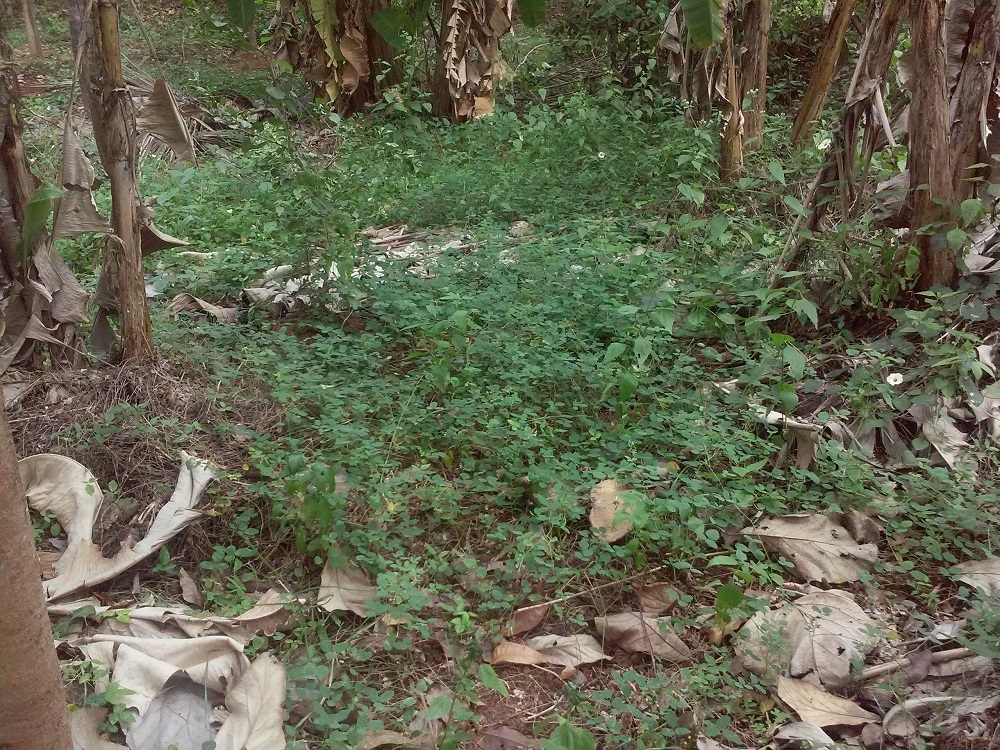 
One good thing about this in no-till cultivation is that, even if it is not established in a single time completely, the plants come after again and again, so wherever it is not established, we can put more seeds and that area also will be covered soon and after a while, the whole area will be uniformly covered. I think this is how Fukuoka san also would have established white clover, since it lasts for many years, making them uniform in couple of trials will be possible.

Posted by Nandakumar at 9:34 PM