After my happy hill rice seeds stopped germinating, I tried many methods to germinate it, but none of them worked. Even tried the chemical - gybrillic acid which was bought from amazon.

Later I started looking for the seeds, these were the options tried. Contacting people whom I had sent seeds, permies.com asking if anyone cultivates this rice, facebook and other seed shops. One person whom I had earlier sent the seeds responded, saying she grows that but it was in US, deserts and finally grain didn't form. I also contacted Fukuoka San's family through facebook and they said, shipping is not possible from there. I also located one person growing it in Japan, he also confirmed international shipments are not allowed. This is the website - https://makoto-hazama.blogspot.com/2017/05/happi-hill.html.

Later I located a seed shop in Japan who sells happy hill rice seeds - https://makoto-hazama.blogspot.com/2017/05/happi-hill.html. They also confirmed they can not send it to India, then I started looking for one person who can buy it in Japan and later carry it while travelling. Finally talking to my school mate and close friend - Sunil Kumar who was in Japan ten years ago, I just mentioned this to him. He said, he still has contact with his earlier colleagues in Japan and he can give a try. His friend Chirag Patel agreed to receive it and send it through some one. I tried to order it in his address and found payment is through some postal order which can be done only from Japan. Later Chirag Patel agreed that he will pay and buy and send it. Later it so happened that the shop was close to his house, so he just went and bought the seeds, I was excited. Taking so much pain for a friend's friend, felt so happy.

Later he sent it to their Bombay office and from there another person (S.B.Gaur) sent it to my address. Finally they didn't take any money from me for buying or shipping it, felt so honoured. 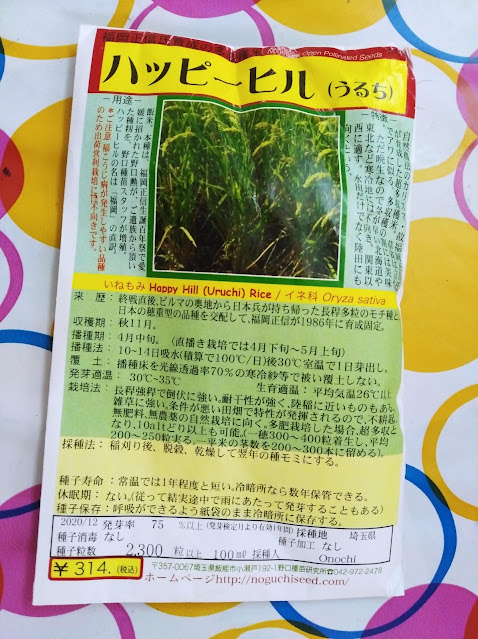 This time also, I had a list of people who had requested the seeds. So sent to all of them, here is a list.. 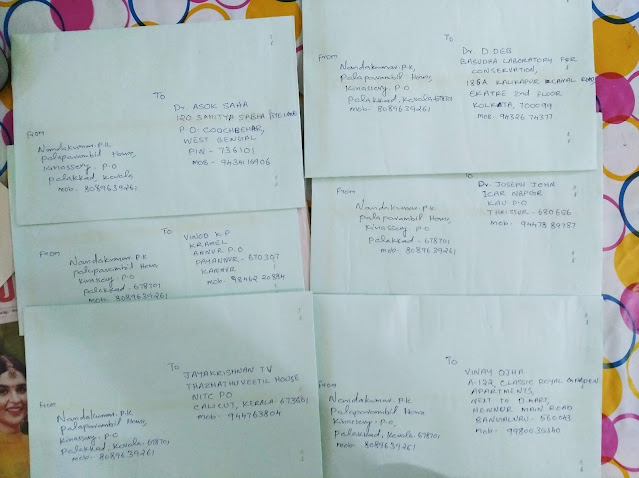 This time I kept the seeds in fridge in a glass bottle, so that their viability is not lost. Also I put around 20 seeds in grow bags, but being in peak summer they didn't do well, but still plants are alive and one flowered and has some seeds. I pre-germinate and sow them, first putting in water for 24 hours and then in wet cloth for another 12 hours.

Posted by Nandakumar at 9:21 AM