Fukuoka san suggested to make seedballs and then sow and hence seeds won't be eaten by birds, ants etc..I had tried seedballs couple of times, but it was not successful, basically it was time consuming to roll individual seeds.

This time tried the following method, whether it really works out will be known after a while after sowing.

I took some mud blocks from the white ant hills, since I didn't like the idea of taking mud after digging the place. These hills are there in the farm in some places and breaking some are not that difficult. These mud blocks were placed in a waste cloth and then hammered so that it is powdered. This powder is very fine powder, in between if some bigger blocks are there, it will be taken out and again hammered for making fine powder.

I first tried with rice seeds. These seeds were kept in basin and then powdered soil was sprayed on the seeds and little bit was added and then mixed well. Slowly added more soil and then added water and mixing was continued. Each time soil added should be mixed thoroughly with just enough water so that   soil gets deposited on the seeds. Once I poured more water it all started sticking together instead of remaining as individual seeds. I just left it to dry for some time, and then separated individual seeds by just pressing the big blocks with hand.

One disadvantage of this method is that the balls are not very big..they just have a small coating of mud on them, so not sure if they will be effective. Will have to be tried out in the field.Tried the same method with ragi (finger millet) also, which is very tiny seeds. 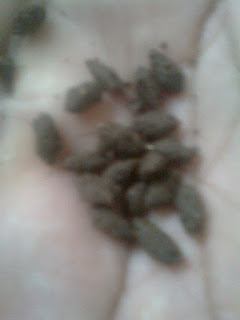 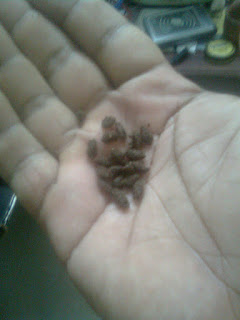 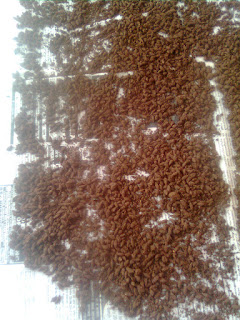 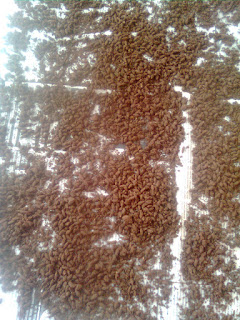 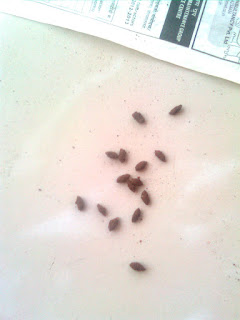 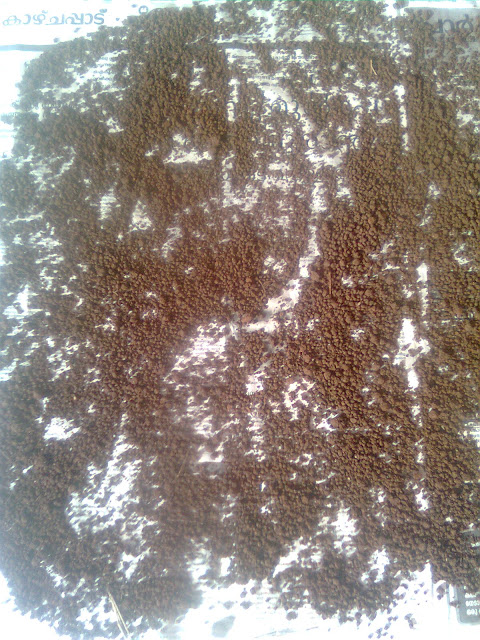 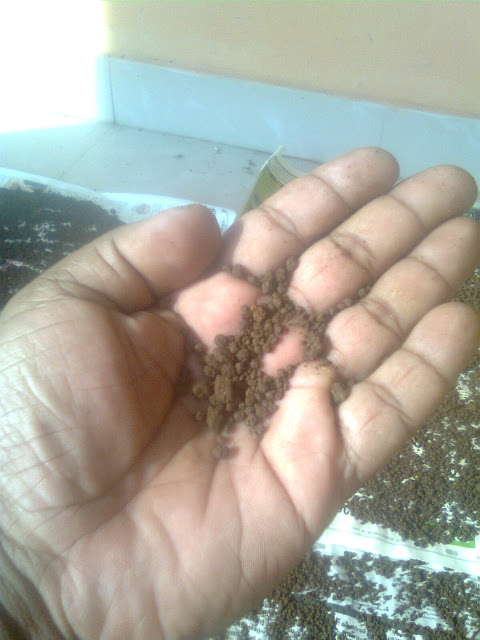 I tried the same thing with Cowpea, but it didn't work out. First I soaked the cowpea seeds and later realised, they absorb water very quickly, later while mixing with soil powder, its external cover was getting removed, and also since the seed is smooth, the soil does not stick well.

Sesame Seeds
This method worked perfectly fine with sesame seeds. I was little apprehensive about the normal method of mixing sesame seeds with soil and then rolling balls, since seeds are too small and also there more chance of having more than one seed in a ball which is not desirable for sesame cultivation, it is even OK for paddy and finger millet. 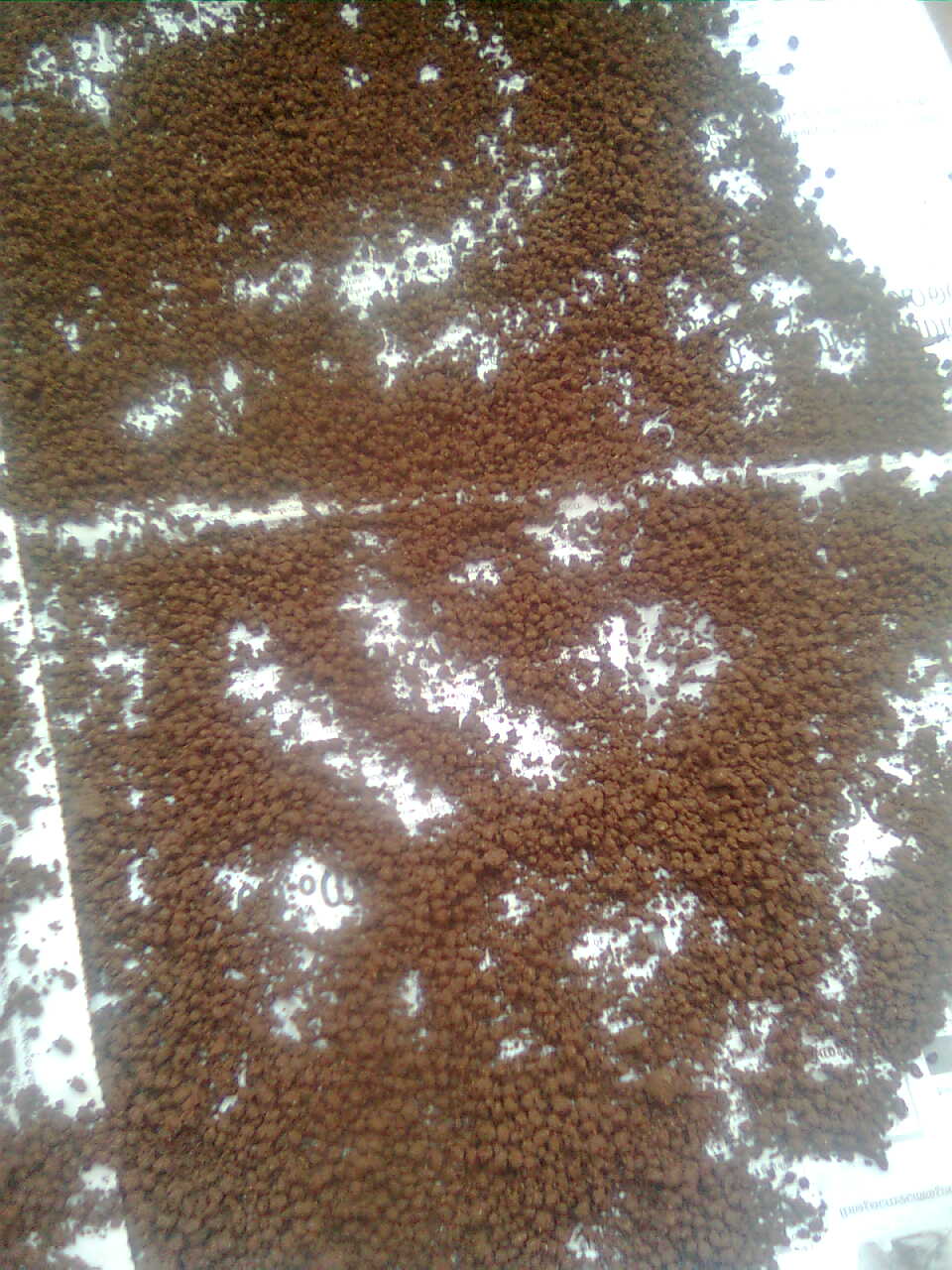 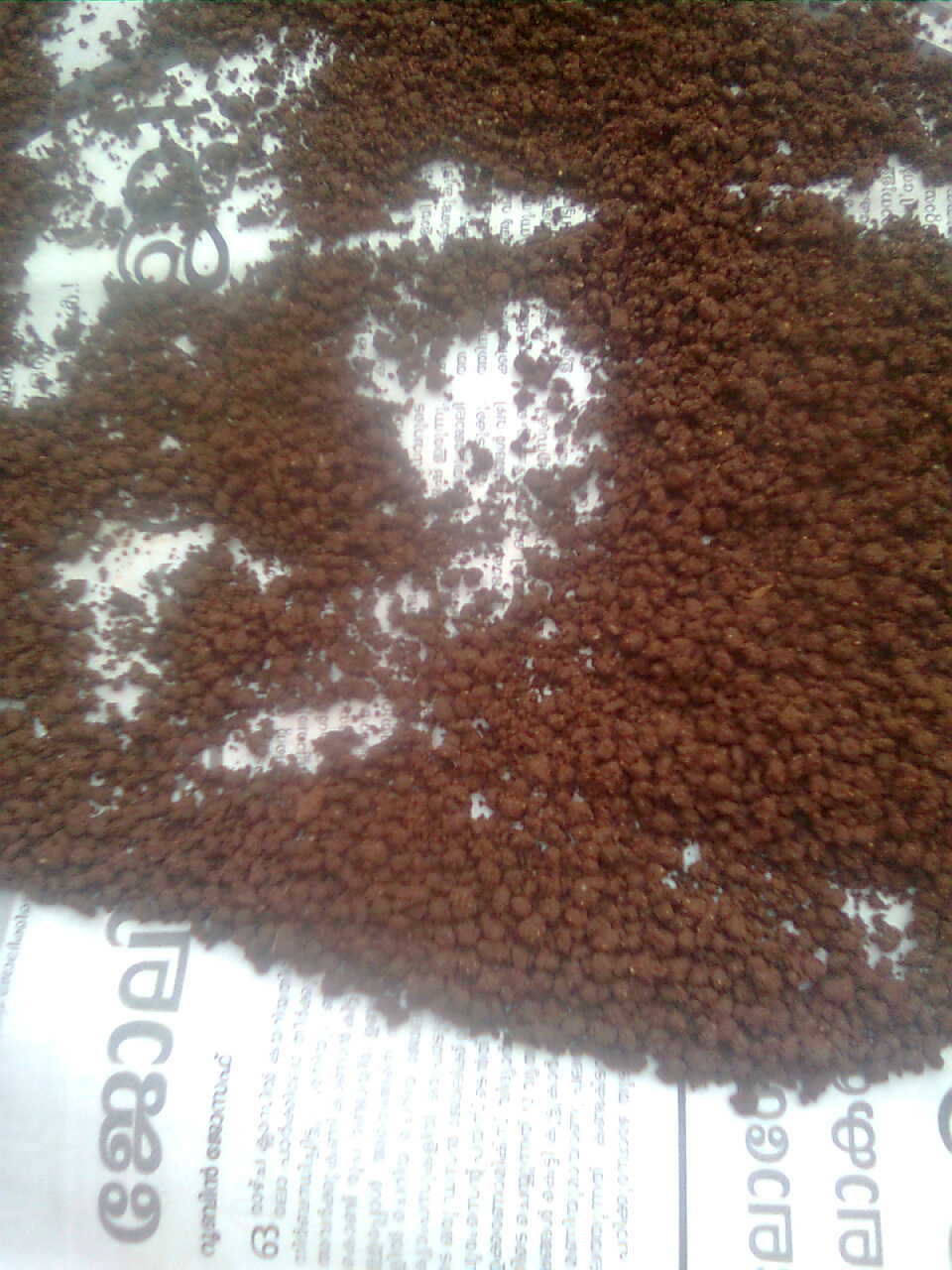 While making sesame seedballs, I slightly modified the method as suggested by 'Milan Broz ' in the following discussion - http://www.permies.com/t/17855/fukuoka/Seed-ball-failure. In this method water was sprinkled and mixed the seeds first, so that all seeds are wet. The seed used in this case was Clover which is much smaller than Sesame seeds. This method worked better for me in Sesame case, since completely soaking the seeds, was not working out. There are some soil particles which is not stick to the seed ball, I can even sieve it using the following tool. This was used in the kitchen for sieving the rice powder and I used this to sieve the soil after hammering the soil in a cloth and this gives very fine soil powder. 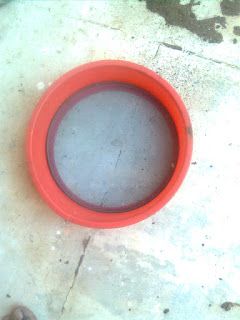