I have been doing Taro cultivation for the last 2 years, I like the taste of this root crop. I got this variety from my native place, since I knew that local variety is very tasty. We used to cultivate it in my childhood at the starting of monsoon and I really loved those activities and the taste of this crop. Even though it was not cultivated at my parents place, I could get some seeds from my relative who cultivates this every year.

First year the yield was not that good, 2nd year I applied cowdung and it improved. Another thing I noticed is that we have to put this at the beginning of the first monsoon shower, so that they germinate and grow early. I used to delay the planting operation and realized that once it is delayed, its natural growth will be affected.

At home, I put 4 small seeds after putting lot of mulch and dried cowdung and this was done in summer, just before the rainy season. They germinated with first shower and started growing well. I put more mulch and also some fresh cowdung. At farm, I put them it 3 different places and all was started late and they are not looking that healthy and big as of now. Also in the farm, they are growing in places where there is shade. 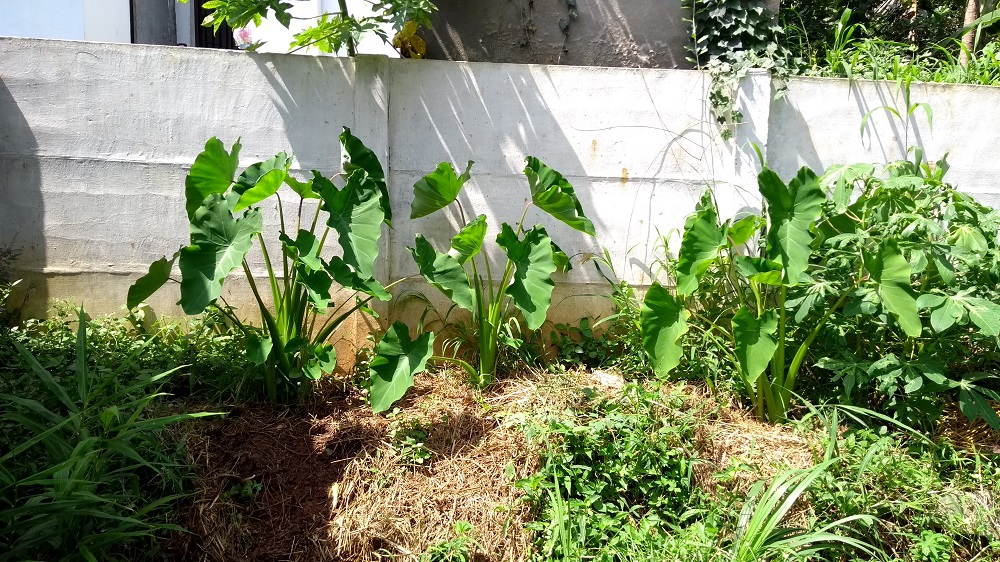 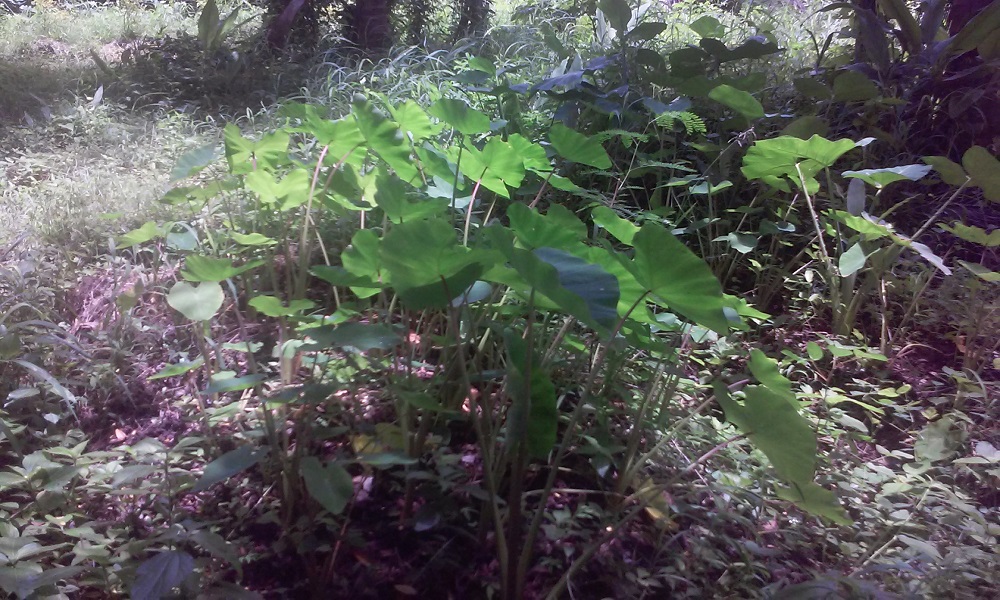 This is under shadow and also was put after the rain had started well. 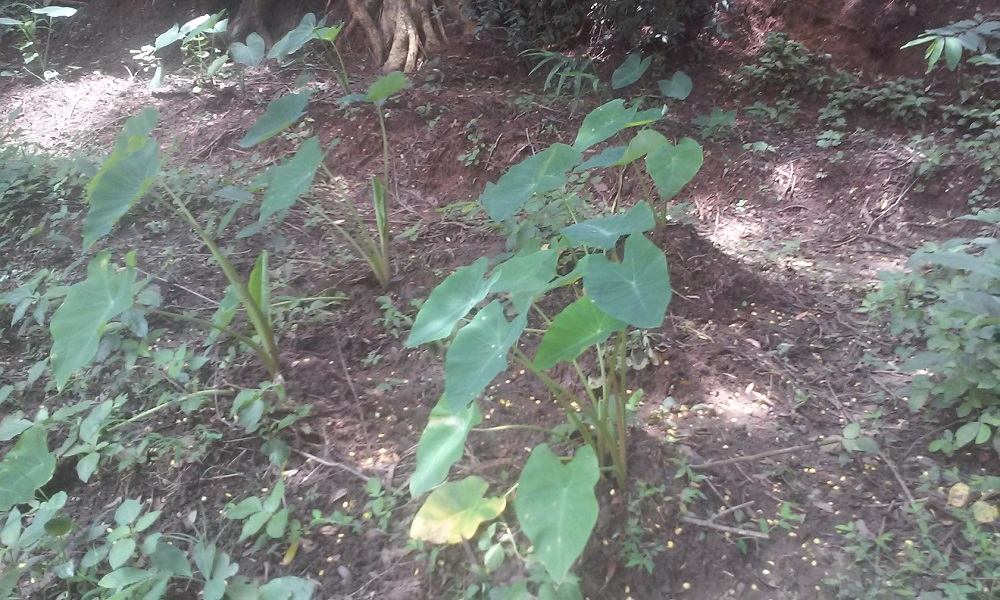 This is under heavy shade, also started late.. 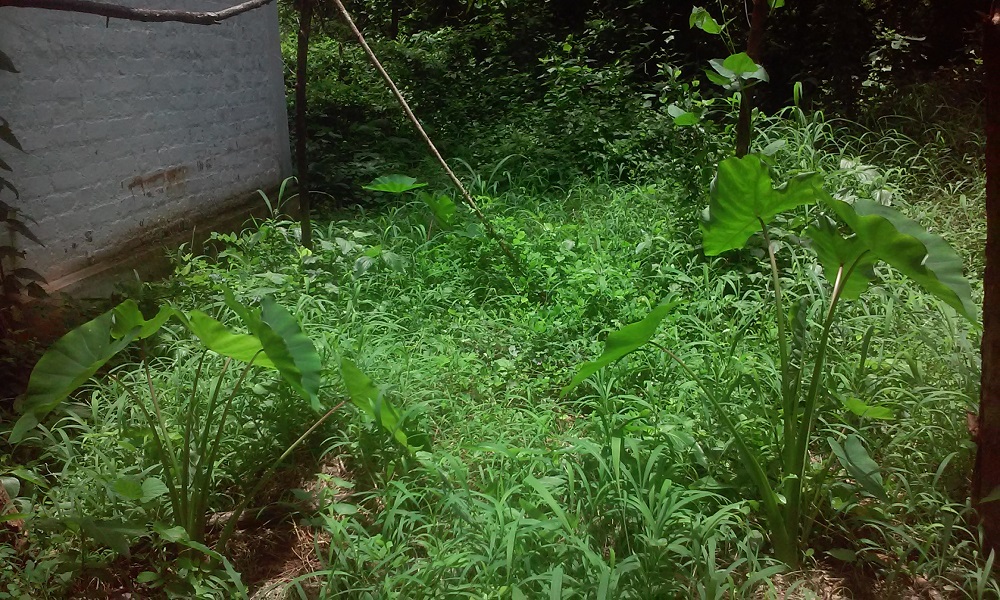 This has enough sunlight, but started late.All are given adequate cowdung and mulch.


26-November-2017
Harvested one of the taro shown in the first picture,good very good yield. I had applied cowdung slurry to it 5-6 times..can be used to make curry for 2-3 days. 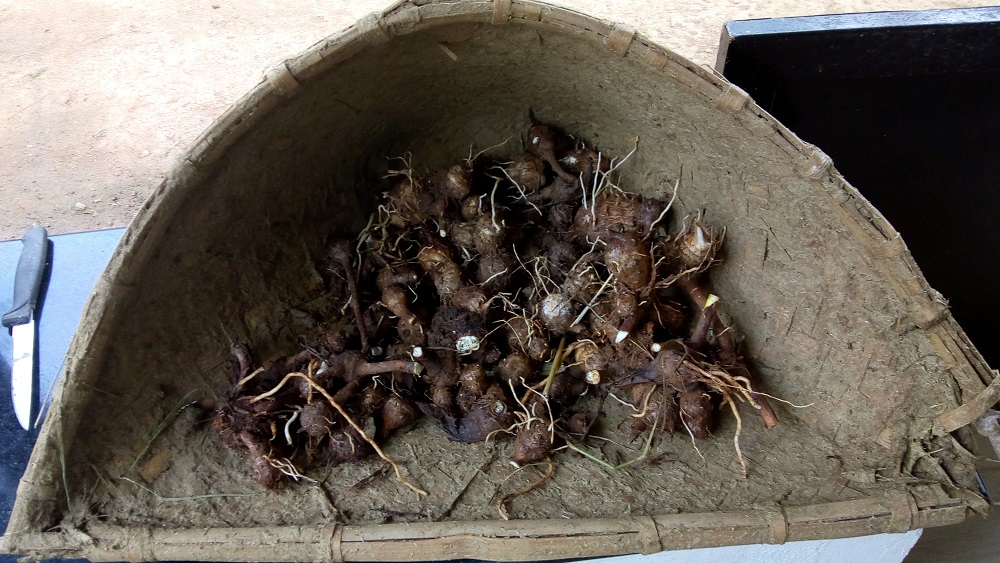 Posted by Nandakumar at 9:52 AM No comments: