Peacocks in the farm

There are lots of Peacocks in the farm. Some time when I walk to some part of the farm, I hear some walking sound, later find that it is peacocks. Some time as I approach some mango tree, they just fly. They are a protected species so their numbers have increased.. 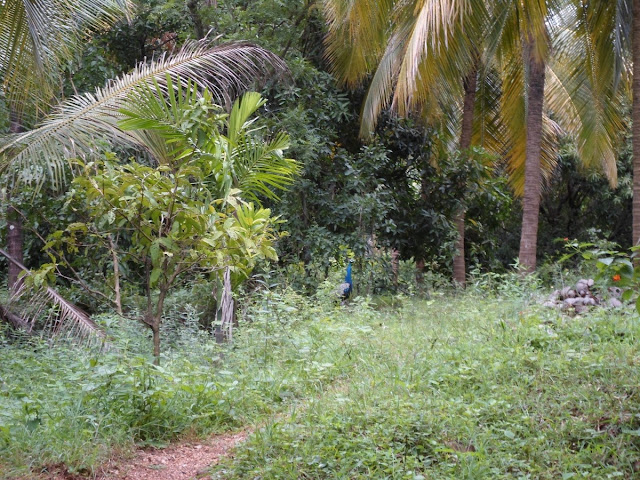 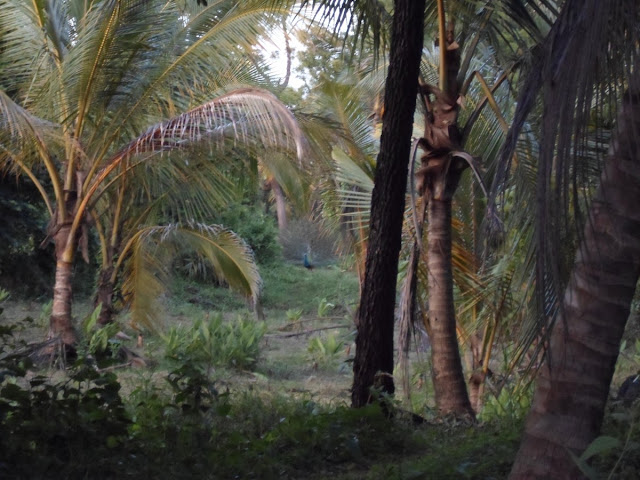 
Today while walking in the farm, suddenly a peacock flied away, just looked around and saw 4 eggs she had laid. This is not in a far place and may be easily spotted by people, so planning to cover it slightly. 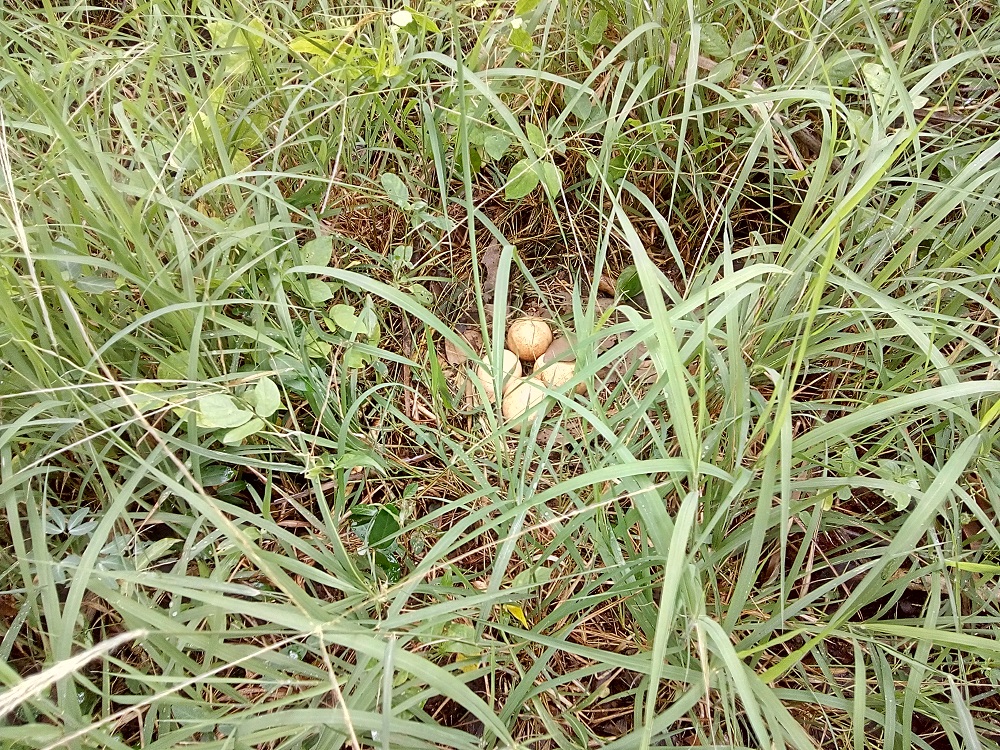 Posted by Nandakumar at 7:38 AM No comments:

Some pictures on the way to farm 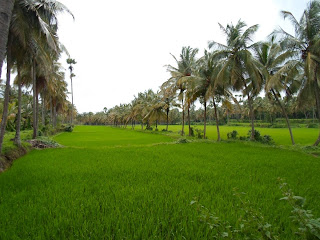 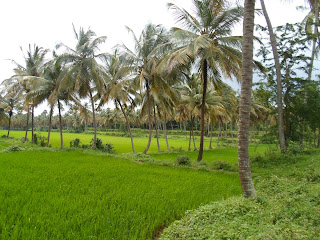 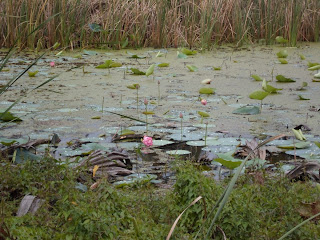 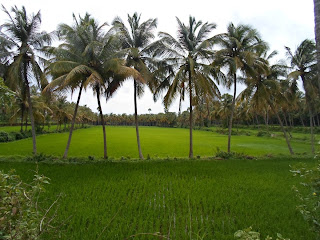 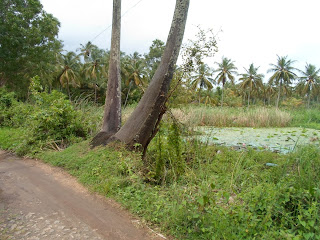 Posted by Nandakumar at 6:38 AM No comments:

Some thoughts on cover crops for rice

I have been looking for growing a leguminous cover crop which can co-exist with rice like Fukuoka san used clover with rice/barley/wheat. The following are the advantages of cover crop for rice.

1. Established leguminous cover crop prevents weeds
2. Cover crop fixes nitrogen from atmosphere and hence makes rice crop healthy
3. During uncultivated period, the cover crop should establish themselves so that weeds are held
back

After comparison with clover, according to me, these are the features the cover crops should have

1. Cover crop should have a lower height so that it won't compete with rice for sunlight
2. It should be a good nitrogen fixer
3. Its root system should not interfere with rice root system
4. It should grow like a carpet so that weeds can not emerge

Some possible cover crops which I am looking for..

Still don't know the local name of this plant, first I spotted this on road sides. On some visits to my wife's house, I found this legume on road sides, initially I thought this one same as one legume which we call 'kattupayar' which vigorously climbs all over the nearby plants. Even though Desmodium Scorpiurus looks similar, it is not a climber and could see that it establishes well. 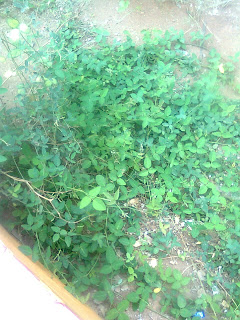 The name of this plant was identified by posting it to the following web site http://davesgarden.com/community/forums/t/1316788/#b

I am growing couple of this plants with rice to see how they co-exist.

This plant was found growing in my farm and later it was identified to be Alyce clover. I was surprised to see a type of clover growing on my farm. The plant with small flowers is Alyce clover. 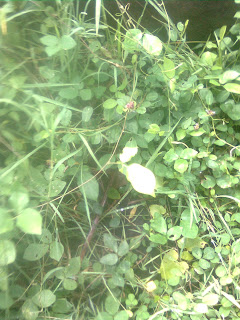 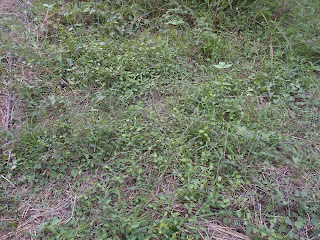 I first spotted this in front of a house on the way to Trichur from Palakkad. Later some body forwarded an article about this, this being used as a cover crop in vietnam in plantations. To my surprise it was available in the local nursery, they call it 'Arachis' or 'Kappalandi (peanut) Chedi (plant)'. 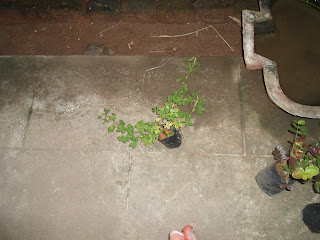 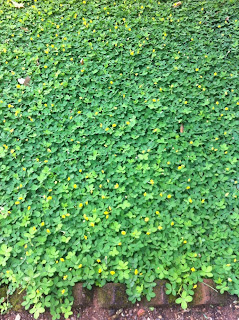 Arachis Pintoi seen in Tony Thomas farm, Irumbakan chola, Palakkad. He had planted cuttings at one feet and it established well.

I am trying all these with rice to see which suits best.

Earlier I had reported about a weeding tool called Nejiri Scraper which is useful for natural farming.

Today I used this tool for weeding the turmeric raised bed. It was very useful, earlier I tried to weed using hand and it was difficult and time consuming. Using this tool, I was able to cut the grass very effectively since there is only small space between the plants. Some times I just pull the tool and since it is very sharp, it cuts the weed. Some time I cut the plant, when stones are there in the field, we have to be careful not to hit the stones. Cut weeds may come back and I may have to do weeding again, but for natural farming it is OK. Overall I am happy with the performance of tool.


Posted by Nandakumar at 6:45 AM No comments: